It’s not always easy to feel at home in your body and with who you are, especially if the world has tried to erase you. Many Native American tribes accept “Two-Spirit Souls,” which is an indigenous term for people who have both male and female traits.

However, the moving documentary “Being Thunder” shows that gender-expansive people face just as much discrimination in indigenous communities as they do in the rest of society. Through the everyday experiences of Sherenté Harris, a smart Two-Spirit teenager from the Narragansett tribe in Rhode Island, “Being Thunder” shows how a young activist grows into a force of nature.

“Being Thunder,” a French movie directed by Stéphanie Lamorré, is a respectfully intimate look at Sherenté’s journey, which they take with their close-knit and helpful family. Taking an observational approach, the film rarely explains the customs and culture that it shows so well.

The only time an outsider’s point of view is shown is when Sherenté is leading educational tours. Instead, the audience is let in on sacred rituals and community gatherings, getting a close look at Sherenté’s life. Sherenté is wise beyond their years. Whether they are talking to the community or the interviewer behind the camera, they often give sharp reflections in poetic speeches.

At the beginning of “Being Thunder,” members of Sherenté’s tribe perform a rite in which they burn herbs and make a commitment to assist Sherenté in his identity as a Two-spirit. Their mother recalls the narrative of Sherenté’s birth with fiery fervour, describing how her child appeared in the world with their eyes turned skyward.

A teenager from the Narragansett Tribal Nation navigates two-spirit identity in the gentle but indistinct documentary “Being Thunder.” https://t.co/tnhK6rP7Q2

As an outspoken supporter of her eldest child, she never misses a chance to tell her neighbours that their forebears valued and accepted persons of the Two-Spirit identity, a fact that many have forgotten. She discusses how the Narragansett people of present-day Rhode Island were geographically at the forefront of colonialism.

Tribes in the East were the first to face the violence and destruction of settler colonialism, and as a result, they feel even more disconnected from their past and customs.

When Sherenté competes in the annual regional powwows, a colourful competition of traditional clothing and dance, they face off against these girls. Sherenté comes in third place out of four dancers in an early scene.

Read More: Ticket to Paradise Reviews: There Will Be No Spoilers in This Review.

Obviously dissatisfied, Sherenté thinks the award is a reflection of the judges’ bias disguised as a reward for second place. There are rumours that the tribal elders in charge of the powwows don’t want Sherenté to compete, despite the fact that they never forbid them from doing so.

Never wavering in their determination, they dance brilliantly and passionately while flaunting their traditional shawl outfit. The field would be significantly smaller if they didn’t compete.

“The most controversial act I’ve ever committed in my life has been being honest to myself,” Sherenté declares during a gathering of supporters, where a tribe elder expresses her support as a Two-spirit ally.

This picture is shot by Lamorré from behind a metal fence and bleachers, with the happy shrieks of children playing in the background. Sherenté is usually surrounded by younger siblings at home, the hustle and bustle of existence seething in a small home. The youth idolise Sherenté, and the elders are watching.

Sherenté frequently makes the most insightful remarks while applying makeup, transported to higher levels of wisdom as they focus on mixing dollops of foundation and properly lining their eyes.

They add that if it weren’t for the rigid gender roles, they might not even wear make-up, but it’s expected if they want to compete with the females. They feel the same way about the potential of medical transition, such as surgery or hormones, recognising the maddening divide between knowing oneself so clearly and still wishing to be seen by the rest of the world.

Two-spirit people have lived for generations, as Sherenté must continuously remind their tribe. They exhibit a wonderful knowledge of time and the changing seasons, embodying the spirit of connection to ancestors.

“It’s not easy being a teenager,” they say as they apply a thick foundation layer in the mirror. “And I know that in the future, I’ll be hoping and begging to be fifteen again.” Sherenté blurs the lines between masculine and feminine, but they also blur the lines between past and future, living in the wonderful in-between of the burning now. 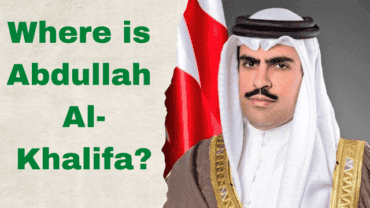