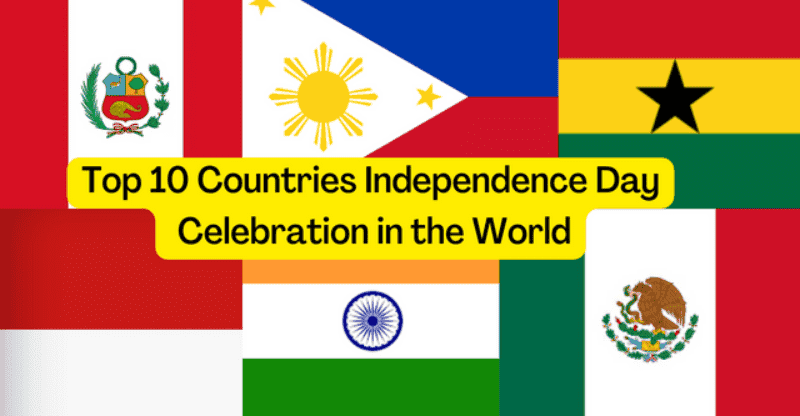 Hello, Readers! I hope you’re all doing well. Independence is the single thing that everyone on the globe desires. Today’s topic is Top 10 Countries’ Independence Day Celebrations in the World, and I’m here to discuss it.

Every year, millions of Americans look forward to July 4th. However, the United States is not the only country that holds an annual celebration of freedom. People from various countries also celebrate their respective Independence Days in a variety of unique and exciting ways.

Often, the holidays are the finest time of year to celebrate with the locals while also learning about their history and culture. We’ve compiled a list of eleven countries that have unique Independence Day festivities. Here’s to liberation from oppression!

On August 15, 1947, the British reign over India ended after three centuries. Every year, billions of Indians mark the historic event by decorating their homes, offices, and schools with the colors of the Indian flag. 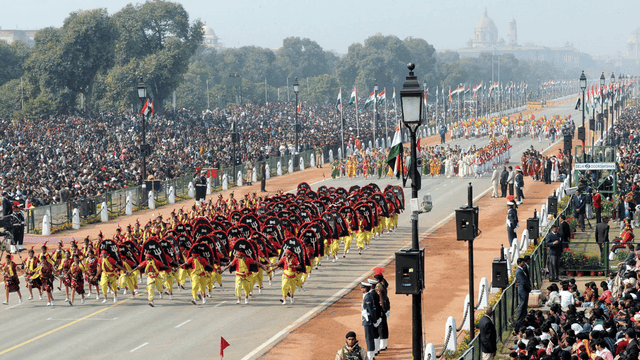 Citizens gather in the morning for ceremonies in which they sing the national hymn and show homage to the national flag. Families gather to witness the annual flag hoisting ceremony, which is aired live from the Red Fort in New Delhi, during the festivities.

Kite flying represents freedom to Indians. The sky are littered all throughout the country with uncountable kites of various shapes and colors flown from rooftops. The bright weather is ideal for an outdoor picnic. You might also want to explore flying your own kite. During the holiday season in India, kites are widely accessible.

Ghana became the first African country to attain independence from the United Kingdom in 1957. Today, the country marks the momentous occasion with fireworks, parades, and marches. However, the celebrations would be incomplete without street parties and jams, which are a distinctly Ghanaian tradition. 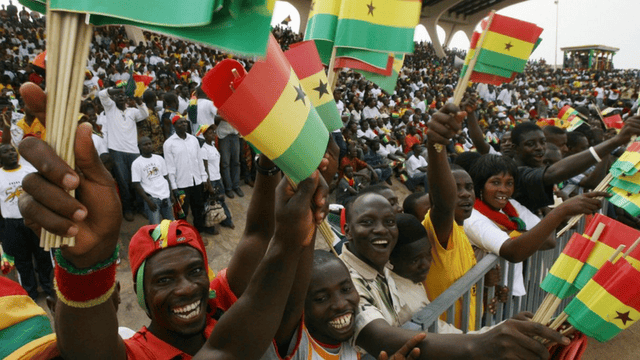 Aren’t street parties enough? What about beach gatherings? On the beach, the coastal region celebrates Independence Day with music and dances that combine elements of West African history with hip hop. Shama, a fishing community, hosts a well-known regatta tournament. 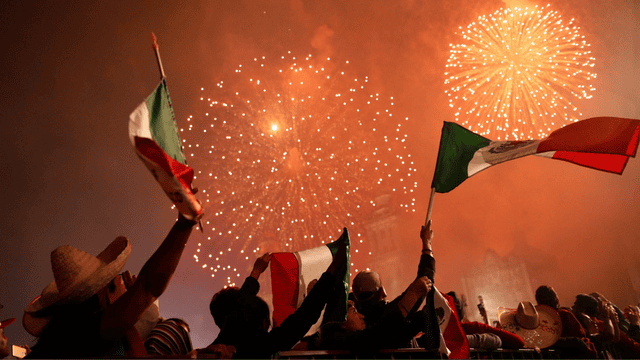 The national celebration begins on the night of September 15th. The Zócalo, one of the world’s largest city squares, serves as the focal point for the festivities in Mexico City, where over 500,000 people assemble each year.

It is customary for the president to repeat the patriotism yell, which is met with an enthusiastic response of “Viva!” from the cheering throng. At the conclusion, spectacular pyrotechnics illuminate the night sky.

The argument over the legitimacy of the Kosovar administration does not deter ethnic Albanians in Europe’s youngest country from celebrating the anniversary of Kosovo’s independence from Serbia with pride. 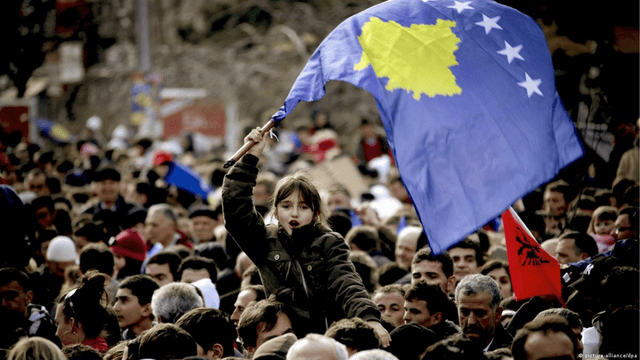 People from all around the region visit the Newborn Monument, an award-winning typographic sculpture created to mark Kosovo’s independence. Traditional musicians can be found everywhere throughout the festivities, as music is central to the festivities. Because more than 90% of Kosovars are ethnic Albanians, Kosovo’s music is heavily inspired by Albanian music.

In the Philippines, the Araw ng Kalayaan festival begins with a flag-raising ceremony. The holiday season is a time for family bonding. Filipinos celebrate the day Emilio Aguinaldo declared independence from centuries of Spanish domination with vibrant, food-filled parties with delicacies, family, and friends. 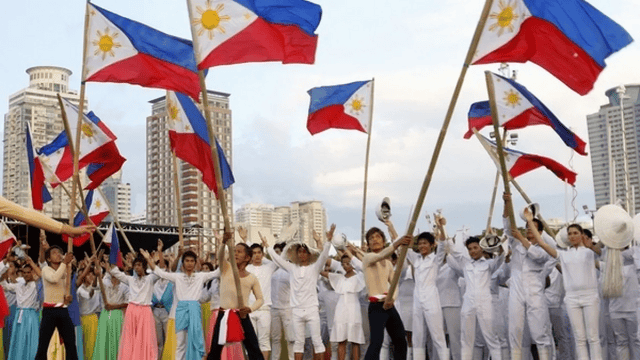 Are you unable to visit the Philippine archipelago? Why not join in the fun somewhere closer to home? Celebrate the day with the Filipino diaspora population worldwide.

Filipino-Americans in New York meet each year to commemorate their ancestry by staging the Philippine Independence Day Parade, which includes a culture show and a street fair. Of course, no Filipino party is complete without lively music and delectable Filipino fare.

Every year on July 14 – the anniversary of the storming of the Bastille – the French commemorate their country’s liberation from repressive royal oppression. The day begins with a military march down the Champs-Élysées. The custom of conducting a military parade to honor Independence Day, which is still practiced in many countries today, originated in France. 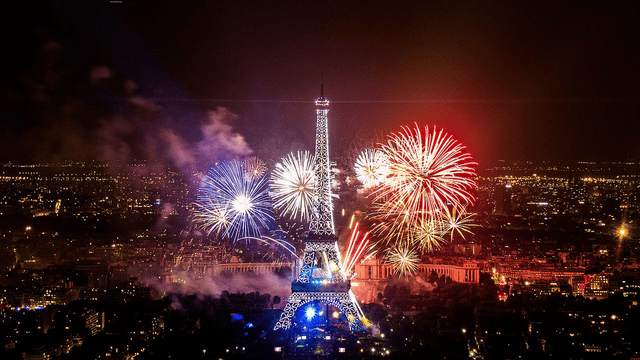 Fireworks and the Champs-Élysées are always on the agenda. Attend one of the Firemen’s galas for something a little different. It is a French practice to open fire stations to the public for dancing, drinking, and partying. The firefighters wear their uniforms and occasionally give live demonstrations to delight the attendees.

All eyes in Indonesia are on the National Palace in the morning, as a solemn flag ceremony is staged to celebrate the republic. The government carefully selects high school students from across the country to do the honor of hoisting the flag. Following the ceremony, neighborhoods prepare for street festivals, which typically feature fun games and music concerts. 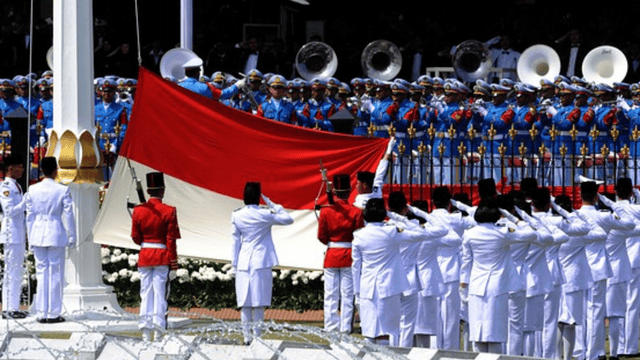 Shimmy your way to the top of that oily palm tree! Non-competitive activities like panjat pinang, which challenges people to scale slippery trees in the hopes of obtaining the rewards put at the top, are the primary events on this day in Indonesia.

Panjat pinang represents Indonesians’ battle for independence from the Dutch. If getting all oily isn’t your thing, you can participate in the shrimp chip eating contest.

Buildings around the country are festooned with blue and yellow, creating a festive mood. The streets are bustling with people dressed in traditional Ukrainian garb. 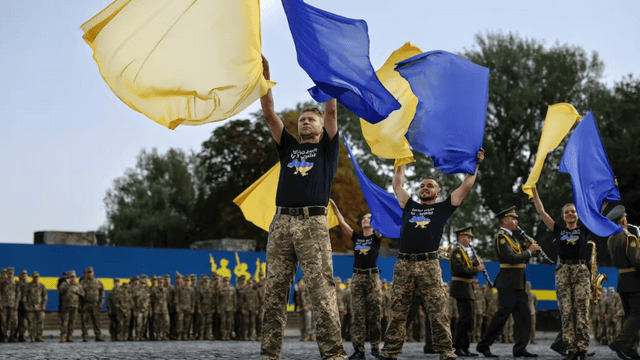 Flag Day is observed on August 23 to commemorate the first ceremonial raising of the national flag on the same date in 1990. The ceremony in the capital begins on the morning of August 25 with a service at St. Sophia Cathedral in Kiev, which is attended by the nation’s President.

Put on your Vyshyvanka, or beautifully embroidered Ukrainian traditional dress, and join the crowds on the streets of Lviv, Ukraine’s cultural centre. Shop for traditional handicrafts at Rynok Square before heading to Etnovyr, an annual international folklore festival that features a range of performing arts activities, exhibitions, and, of course, delectable street foods.

Peruvians commemorate their independence on two days: July 28, the date on which José de San Martn declared Peru’s independence, and July 29, which hosts a festival honoring the Armed Forces and National Police. 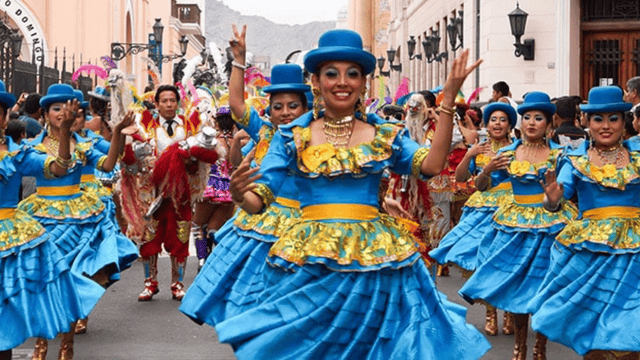 The statewide commemoration begins with a cannon salute in Lima, followed by a Te Deum service led by the Archbishop of the capital city and attended by the President of the Republic.

Arrive early in Miraflores, Lima’s downtown, to secure a seat for the Gran Corso, a massive parade featuring hundreds of people costumed in bright costumes and backed by energetic drum lines. Bring some Peruvian snacks because the march will continue several hours.

Festivals, concerts, family gatherings, regattas, picnics, and barbecues are common ways for Australians to commemorate the inaugural unfurling of the British flag at Sydney Cove. Australia Day is not quite the same as Independence Day in the United States, but it comes close. 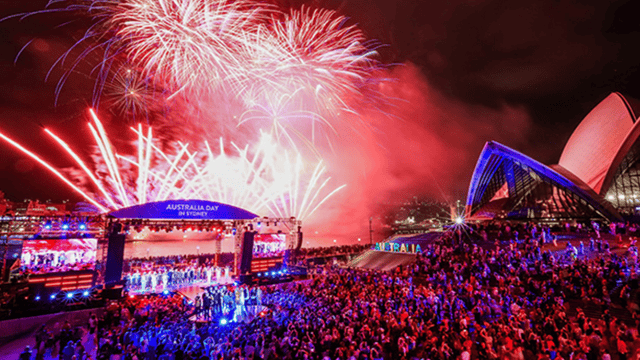 Every major city in Australia celebrates the national holiday in its own distinctive way: Sydney with the world-renowned boat races, Perth with a massive firework display, and Melbourne with a People’s March to honor the nation’s diversity.

People from many groups walk together, often dressed in colorful costumes, to commemorate Australian togetherness. Numerous concerts are hosted across the country, with musicians from every genre imaginable.

Every country celebrates their independence day in a unique way. India is first, followed by Ghana, and Mexico is third. If you appreciated the post or have any recommendations for improvement, please leave them in the comments area. 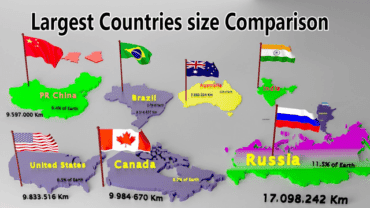