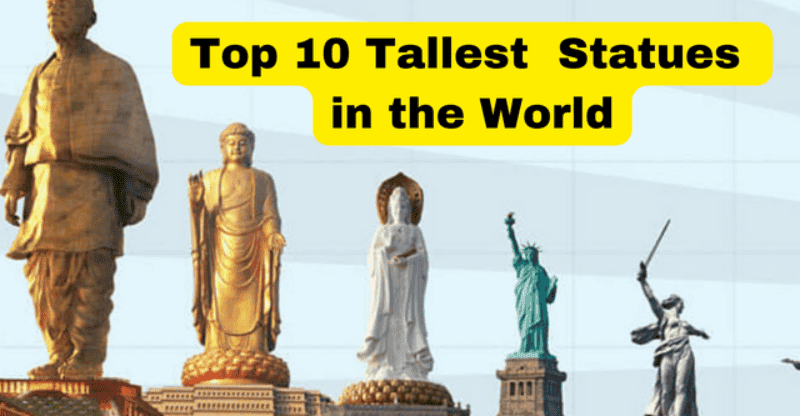 Hello, cherished readers. I hope you are all having a good time. Today, I am here with the most interesting topic which is Top 10 Tallest Statues in the World.

The creation of large statues is nothing new. Since the beginning of time, taller monuments have been built, exerting a substantial impact on the tourism sectors of their respective nations. The majority of these taller statues are either representations of famous people or are connected to significant historical events.

These buildings are tall enough to serve as the main draws for the city. Explore this Article to learn more about 10 of the largest statues in the world.

The Statue of Unity, which depicts Indian statesman and independence activist Sardar Vallabhbhai Patel, is now the highest statue in the world. 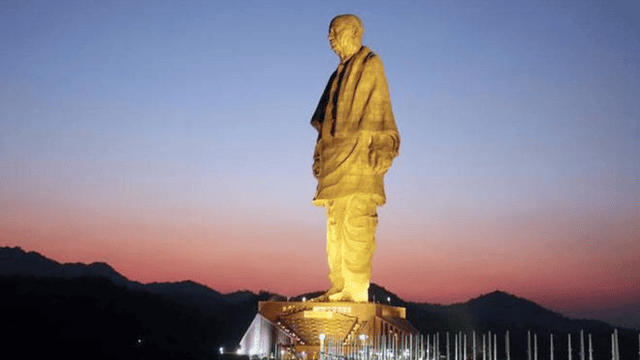 The statue, which is located on a river island opposite the Sardar Sarovar Dam in Kevadiya neighborhood, was unveiled by Prime Minister of India Narendra Modi on October 31, 2018, the 143rd birth anniversary of Mr. Patel.

Spring Temple Buddha, the world’s second tallest statue, is a magnificent statue of Vairocana Buddha. It is created in the centre of a lotus-shaped throne. The construction of this statue, which is located within the Fodushan Scenic Area, began in 1997 and was completed in 2008. 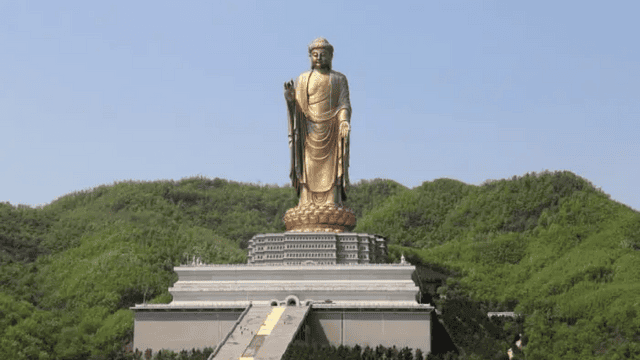 The monument stands atop a slope that has been altered to form two more pedestals. The total cost of the project was anticipated to be $55 million, with the statue accounting for around $18 million of the total.

Laykyun Sekka, who stands on a 13.5-meter-high throne, is one of the world’s tallest sculptures. It is a magnificent golden Gautama Buddha construction. 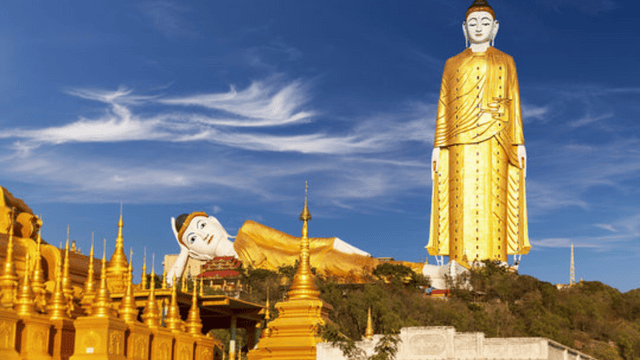 The construction of this statue began in 1996 and lasted 12 years. In February 2008, the statue became formally open to the public. Every aspect of this monument has been meticulously detailed.

Ushiku Daibutsu, which was built in 1993, is also one of the world’s highest statues. This Lord Buddha statue stands on a lotus platform. 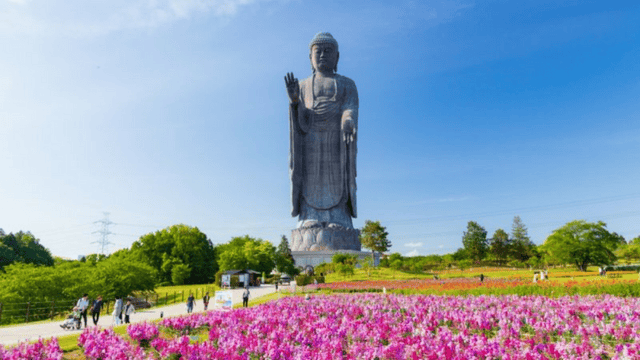 It is one of the top five tallest statues in the world as of 2018. The statue is made of bronze and depicts Amitabha Buddha. It was created to commemorate the birth of Shinran, the founder of Buddhism’s “True Pure Land School.”

Sendai Daikannon is a colossal statue of Kannon’s gem-bearing Nyoirin Kannon form in Sendai, Japan. This is Japan’s highest goddess statue and one of the top five tallest statues in the world. 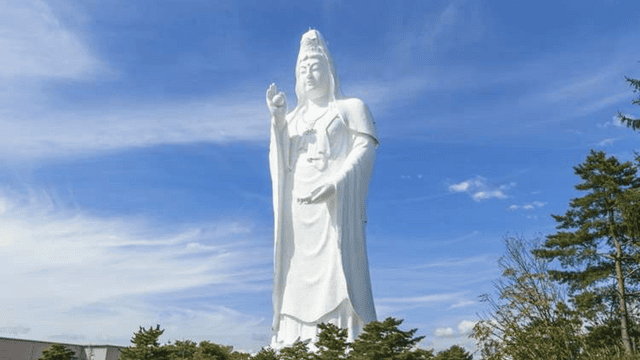 There is an elevator that takes tourists to the top of the Shingon Buddhist statue depicting the Bodhisattva Kannon. This statue’s construction was completed in 1991.

It is the fourth largest statue in China and the sixth tallest in the planet. This gilt bronze idol shows a bodhisattva who embodies all Buddhas’ compassion. 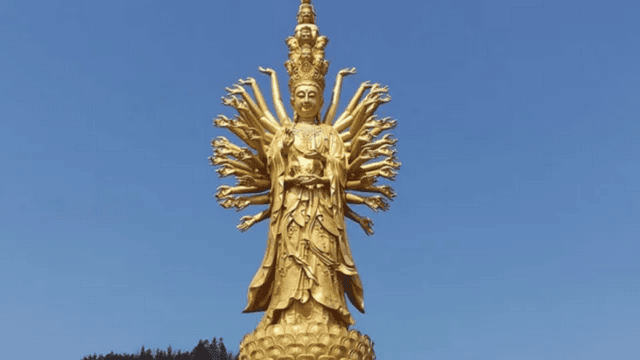 The Ningshan County Government invested 260 million Yuan, with the assistance of local business and religious organizations, to finish the construction of this statue in 2009.

The Great Buddha of Thailand, also known as The Big Buddha, is the tallest statue in Thailand, the second biggest in Southeast Asia, and the seventh tallest in the world. 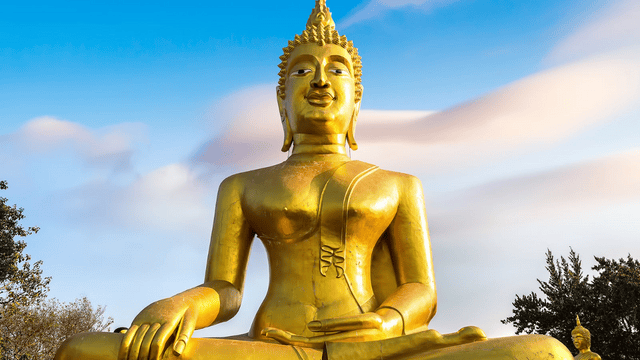 The statue was built on the orders of Phra Kru Vibul Arjarakhun, the temple’s first monk head. The realistic Buddhists contributed funds to the construction of this statue. This statue, which can be seen from a long distance, has brought the area a lot of attention.

Hokkaido Kannon, also known as Dai Kannon of Kita no Miyako Park, is one of the world’s ten tallest monuments. It is Japan’s third tallest statue. 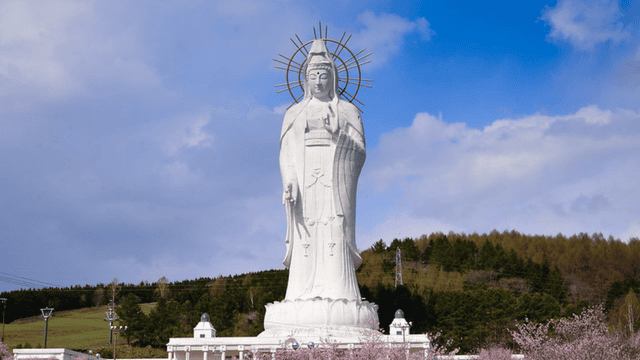 The construction of this statue began in 1975 and was completed in 1989. The statue has over 20 levels and an elevator. The majority of the levels feature shrines and places of worship, as well as a platform with amazing views of the surrounds.

The Motherland Calls is the world’s tallest female statue and one of the top ten tallest statues. It is an allegorical representation of the Motherland urging her children to defy the invader and continue their attack. 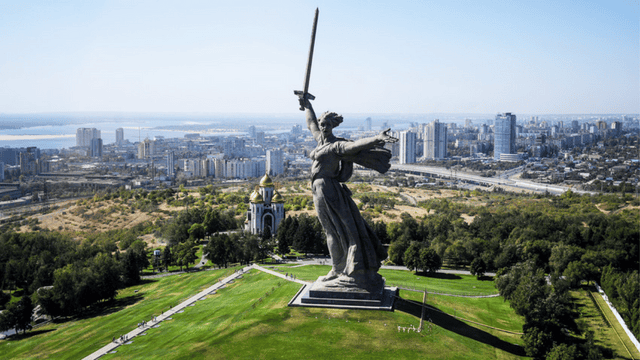 The monument is incredibly complex in terms of engineering because of its distinctive structure, which features a sword raised high in the right hand while the left hand is outstretched to beckon someone.

Awaji Kannon, also known as World Peace Giant Kannon, is a massive monument located on Awaji Island in an abandoned building that houses a museum and a temple. 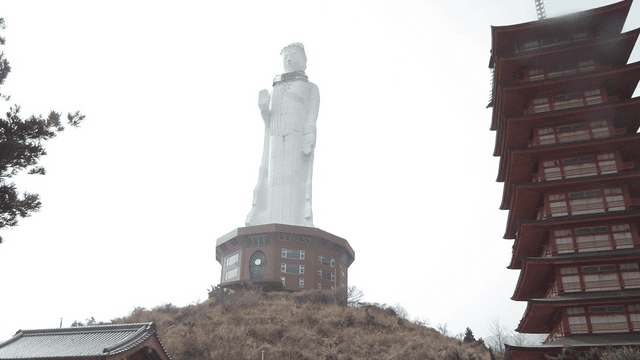 The monument is 66 feet tall atop a five-story pedestal building. Kannon, also known as Guanyin in Chinese, is shown in the statue. Its white outline may be seen from every point on the island.

Statues have been built all over the world since the ancient times. Statues not only serve as a reminder of what was, what is, and what the world could be, but they also play an important role in increasing tourism.

So there you have it: the Top 10 Tallest Statues in the World. The Statue of Unity is at the top, followed by Spring Temple Buddha and Laykyun Sekkya. I hope you enjoyed the Article. If you believe we have overlooked something, please leave a Comment. 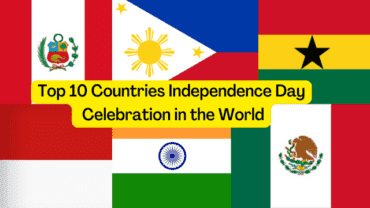