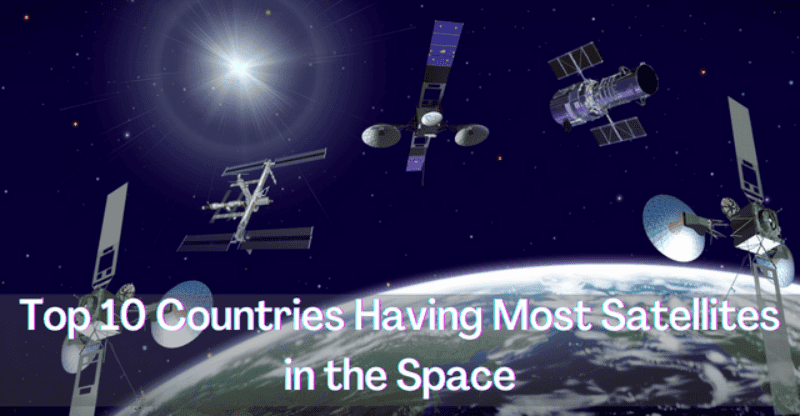 Hello readers! I hope you’re all doing well. The Top 10 Countries with the Most Satellites in Space will be discussed today. We’ll let you know which nation has the greatest number of satellites in orbit. There are presently more than 1,950 active satellites in Earth’s orbit, and many more could shortly follow.

Commercial satellites are becoming more common in Earth‘s orbit thanks to falling costs and escalating competition, which, unlike national space programmes, has no regard for national boundaries. Therefore, stay with us until the end of the Article because we’ll inform you about the top nations with the most satellites in Space. 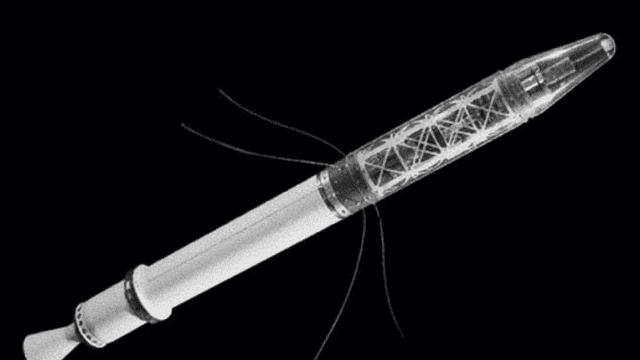 In February 1958, the country sent its first satellite into orbit. Today, it maintains a sizable fleet of satellites for communications, electronic intelligence, missile detection, weather, technology, navigation, and surveillance. The National Aeronautics and Space Administration is in charge of the nation’s national space exploration efforts (NASA). 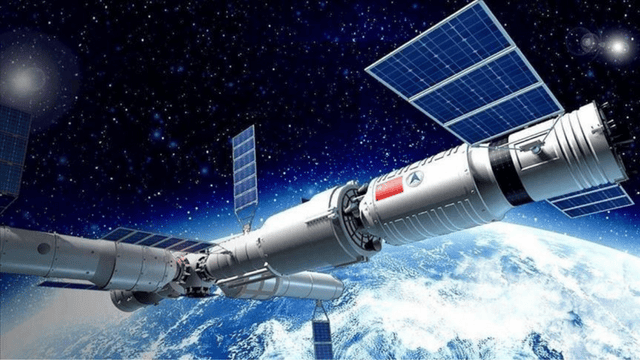 While the state-owned China Aerospace Science and Technology Corporation (CASC) is the prime contractor in charge of the design and development of launch vehicles and satellites as well as commercial launch services, the Chinese National Space Administration (CNSA) manages the planning and development of national space programmes.

Soviet rocketry and space research began in the 1930s. In 1957, the Soviet Union launched Sputnik 1, which started the space competition with the U.S. Yuri Gagarin was the first to orbit Earth in 1961.

The Soviets also launched the first animal into space (1957), the first probe to impact the Moon (1959), the first woman into space (1963), and many others. With Soviet disillusionment in 1991, the programme ended. After the dissolution of the Soviet Union, Russia created Roscosmos to run its space programme. 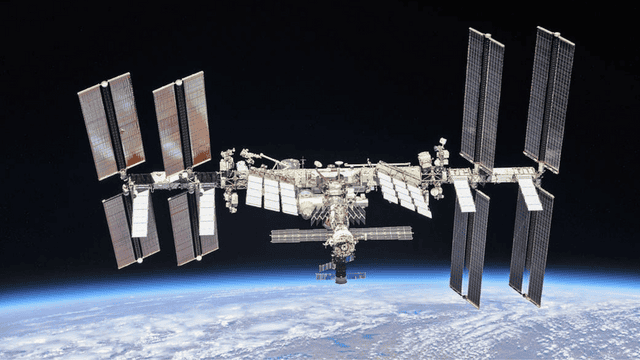 Only Russia can send humans to the International Space Station. 117 Russians have visited space. Russia’s satellites serve communication, reconnaissance, and navigation. Russian launched the navigational Kosmos 2500 in 2014. Russia and the EU launched the ExoMars Trace Gas Orbiter in 2016 to map Mars’ atmosphere using a rover and satellite.

In February 1970, Japan launched its first satellite, Osumi, into orbit, making it the fourth country after the US, France, and the USSR to have an indigenous satellite launch capability. It now runs a fleet of satellites for communications, weather, earth observation, and astronomical observation. 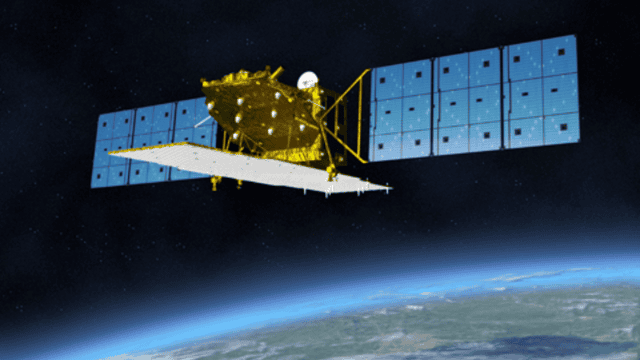 After the US and the USSR, the UK became the third country to put an artificial satellite into orbit when it launched Ariel 1 in 1962. It currently manages a sizable number of satellites, including earth observation satellites, research and exploration spacecraft, and civil and military communications satellites. 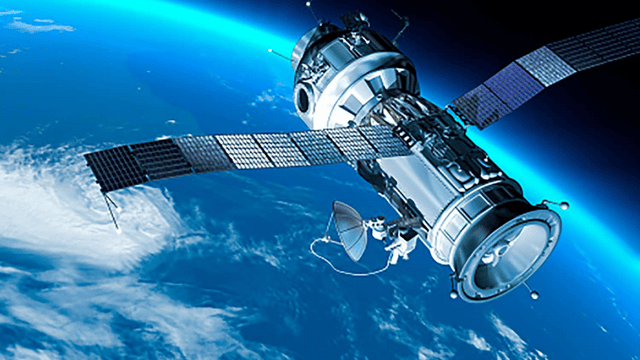 The European Space Agency (ESA) receives one of the greatest financial contributions from the UK, which also participates in advanced science and exploration missions including BepiColombo, Euclid, and ExoMars Rover. The national civil space programme is being carried out by the United Kingdom Space Agency (UKSA). 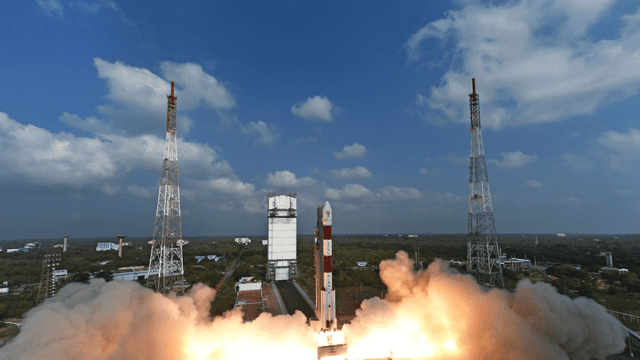 While satellites with dual purposes like TES and Cartosat are used for both military and civilian purposes, India’s first defense satellite, GSAT-7, is only used for military purposes. Additionally, India completed the Mars Orbiter Mission (MOM) for $75 million, which is about one-tenth of what NASA spent on the MAVEN Mars mission.

With the launch of its first satellite, Alouette 1, Canada made its space debut. It now runs a fleet of ANIK communications satellites, BRITE scientific satellites, RADARSAT and SCISAT earth observation satellites, as well as micro and hybrid spacecraft. 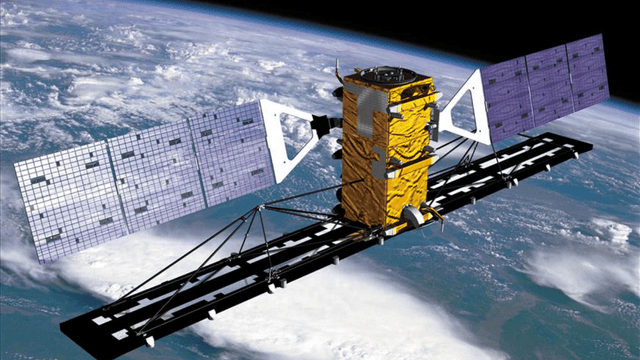 The Canadian Space Agency is in charge of the country’s space programme (CSA). The country now relies on the US, India, and Russia to launch its spacecraft because it lacks an indigenous launch capability.

Germany‘s space prowess was made clear to the world in 1969 with the successful launch of the Azur satellite. Germany has launched a number of satellites, including communication, navigation, and earth observation ones. 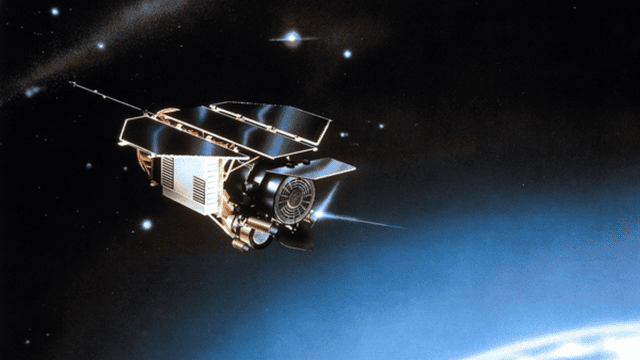 They also participate in key missions like the Cassini-Huygens mission to Saturn and its moons, the Columbus space laboratory for Europe, the Dawn mission to Vesta and Ceres, and the European Galileo navigation system.

The German Aerospace Center (DLR), which assists the German space sector to achieve the strategic objectives in the European programmes linked to the ESA and the European Organization for the Exploitation of Meteorological Satellites, implements the national space programme (EUMETSAT).

The French space programme constitutes both civil and military space missions and its space policy is implemented by state-owned Centre National d’Etudes Spatiales (CNES), which is responsible for the development and execution of space programmes alongside industry and the scientific community. 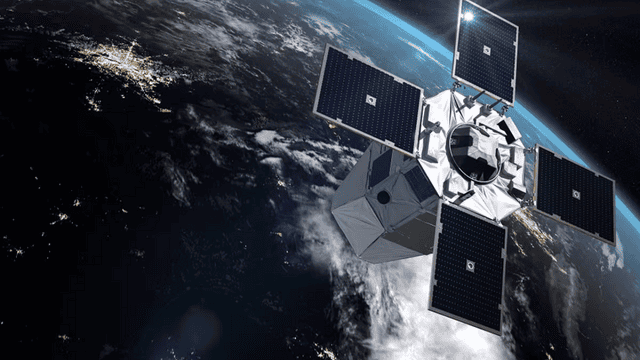 France is one of the largest contributors to the European Space Agency (ESA) which is headquartered in Paris. The space research and development is carried out at Toulouse Space Centre whereas CNES, ESA and Arianespace conduct launches from the Guiana Space Centre.

Luxembourg is one of the top space-faring nations, operating a significant number of communications and remote sensing satellites. It participates in ESA as one of its Member States and conducts space research under the auspices of its National Action Plan for Space R&D.

The world’s top satellite providers for communications, SES (Société Européenne des Satellites) and Intelsat, have their global headquarters in this country. 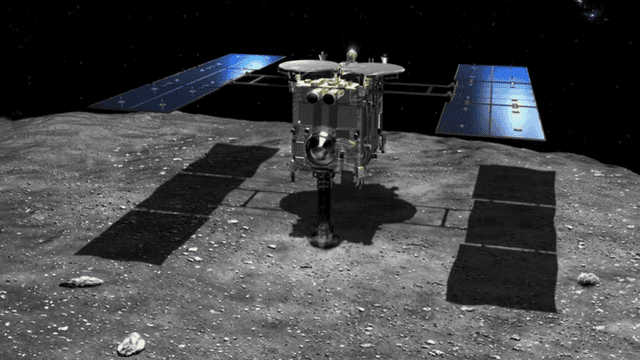 All people now have greater access to satellite services thanks to the boom in commercial space operations, which has also fueled a start-up competition for new players in the industry.

However, there are drawbacks to the haste with which more equipment is launched into orbit. Other satellites may be at danger from orbital debris, sometimes known as space junk, which can drift for many years. Detritus has expanded into space as a result of a number of expensive collisions.

I sincerely hope you enjoy the Article. If there is anything you feel is lacking, please don’t hesitate to let me know in the comment section. 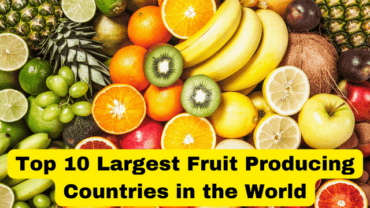