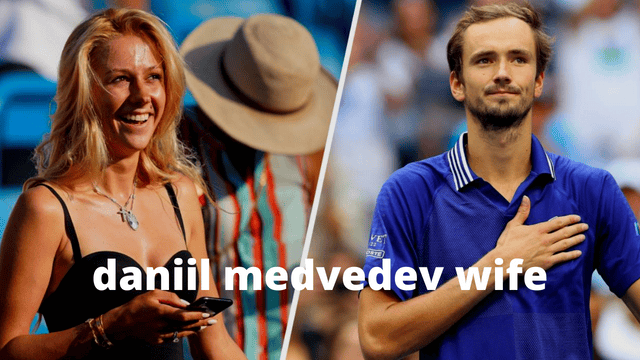 Daniil Medvedev’s tennis career has been nothing short of impressive at only 26 years old.

The gifted athlete has already won a Grand Slam and is ranked second in the world ATP rankings—and he’s only getting started.

The Russian-born player has clearly worked hard to get to where he is—and he’s had someone cheering him on since day one, though he may not have realised it.

His now-wife, Daria Medvedeva, met the future tennis star in the most unlikely of circumstances—and yes, it involved tennis.

We take a look back at how the couple’s romance developed over time. 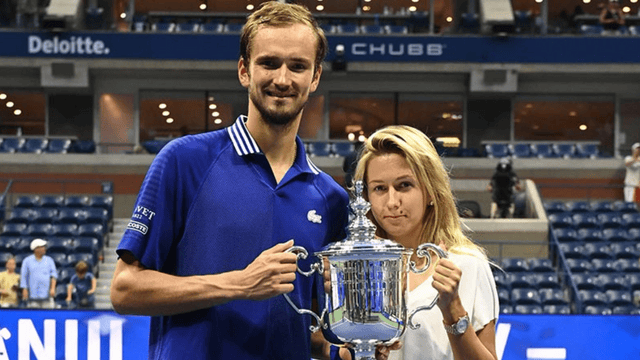 Daria Medvedeva is a model from Russia. She studied journalism at the Moscow State Institute of International Relations, According to various online sources.

Interestingly, Daria, like her now-husband, was a tennis player. She played throughout her adolescence and was expected to go pro before an injury prevented her from continuing her career.

Daniil has previously stated that his wife’s knowledge of the game is extremely important to him, telling the press: “That she understands tennis is fantastic… It may be difficult to adjust when you don’t understand anything about tennis. It aided my development as a person and a player.”

How Did They Meet?

Daria and Daniil met through tennis, surprise, surprise! Daria was only 12 years old when she met Daniil while dining with her team at a cafe near the local tennis courts.

Daria explained in a rare interview with Tatler Russia that she heard a racket being thrown there.

“My mother inquires as to what is going on.” Daria elaborated, adding that they had been told, “‘It’s Medvedev on the pitch.’ ‘You’ve never met him?’ We went to observe him.”

The following match lasted three and a half hours “He used to fight until the end, and he was willing to do anything on the court to win, no matter how bad his game looked. In this regard, he has remained unchanged “Daria spoke of the man who would become her husband.

Both were very young at the time of their fateful meeting, but they began dating in 2014, several years later.

They relocated to Monte Carlo, Monaco, in 2017, and remain there to this day. 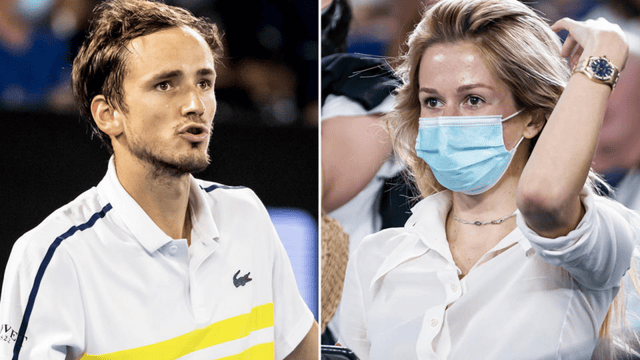 Daniil and Daria married in a low-key private ceremony in 2018, just before the Russian athlete competed in the September Davis Cup.

Daniil made a rare statement about his wife on their anniversary in 2021, shortly after winning the US Open, his first career Grand Slam title.

“My wife and I are celebrating our third wedding anniversary. I couldn’t think of a present during the tournament. So when I got to the final, I thought to myself, ‘I need to find a present quickly.'”

He continued: “When I won, all I could think was, if I lose, I won’t have time to give a present. So I must win this match. Dasha, I adore you “Medvedev stated this.

What Has Daniil Medvedev Said About His Wife Daria?

Daniil has waxed poetic about his wife Daria’s influence on his playing career. Because they both have a Tennis background, as well as Daria’s Journalism skills, he has achieved a great balance in his career. Daria handles all of the work outside of the court while Daniil concentrates on his activities on the court.

Daniil Medvedev Says Daria is Most Important Member of the Team

Daniil Medvedev previously stated that, aside from his original coaching staff, his wife Daria was the most important member of his team. He stated this during a press conference in 2019. It was Daniil’s trust in Daria that prompted him to propose marriage to her. He was apparently ranked No.65 prior to marriage. Following the event, he broke into the top ten for the first time in 2019.

“She’s one of my team’s most important members.” She instilled a lot of trust in me. “I always say that the moment I proposed to her, that’s when I started to rise,” Medvedev explained.

Related : Maxx Morando Dating: Who is He And Whom Is He Dating?