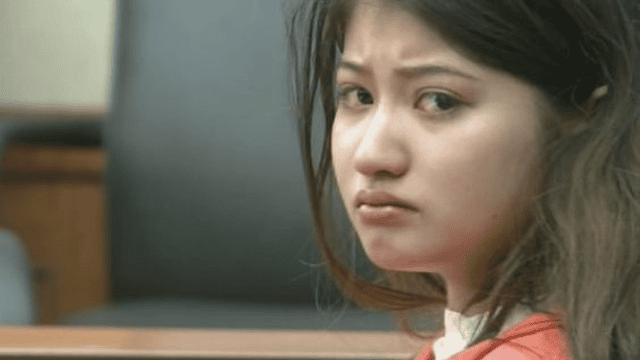 Why Isabella Guzman Killed Her Mother? Is She Testified as Criminal?

Isabella Guzman was born in Colorado. She was sentenced to 150 times in prison in 2013 for murdering her mother. At the time, she was just 18 years old. Her TikTok video recently went viral, capturing the attention of a large number of viewers. Some even thought she was innocent and deserved to be acquitted of her crimes. Her ‘aesthetic face’ and ‘pretty looks’ won over many admirers.

Why did Isabella get viral on social networking sites?

Clips of young suspect criminals and murderers are being featured on popular songs on Instagram, piquing interest in their backstories. When Isabella entered the courtroom, she nodded and then frowned as she sat down and looked at the camera.

This video quickly became a hit, with millions of views on YouTube. Nevertheless, viral videos of criminal suspects have been circulated before. Video of a “handsome” young man who was sentenced to 24 years in prison for ramming his Ford Mustang into a mother and the baby while speeding went viral.

Young Herrin was said to be chasing his friend at speeds in excess of 100 mph, according to reports. There were calls for a harsher sentence, but the judge agreed to 24 years in prison instead. Herrin’s reaction to the verdict went viral on Tiktok, as well as other social media.

For the most part, the offender or criminal in these videos is drawn out of the shadows by a combination of attractive features and an air of mystery that appeals to a wide audience, especially Generation Z. People may be harmed by this kind of attention, but it can also be used for good.

What was the reason she killed her mother?

Her mother was allegedly slashed 79 times by Isabella, who first made headlines for the incident. A closer examination of the victim revealed that she had more than 151 gashes on her body. Isabella was found to be different from other children of her age in many ways. She never showed any signs of happiness or interest in playing or spending time with her loved ones.

After her father abandoned them, Isabella moved in with her mother. Things worsened when her mother met Richard, a new boyfriend. Isabella was upset to see her father replaced, which caused more stress and fights. Isabella threatened her mother and pledged to make her pay for the way she was treated.

Isabella’s mother and boyfriend had even reported the threats to the police because they were afraid Isabella would act on them.

Her father tried to communicate with Isabella after a debate one night. Richard heard Isabella’s mother screams from the upstairs bathroom that day. It was locked from the inside as he rushed to assist her. Standing there, he heard Isabella repeatedly stab his partner.

Isabella allegedly stabbed her mother in the face, neck, and torso, according to authorities. Isabella had vanished from the crime scene but was quickly apprehended by undercover cops.

Was she suffering from a mental disorder?

Isabella told the officers that she had a voice in her head telling her what to do. One of the most noticeable symptoms of Schizophrenia is this. She stated that the voices told her that she needed to kill her mother in order to save the world.

In Arapahoe County Court, a doctor had told her about Schizophrenia and stated about it. For many years, the doctor said, she had been dealing with high levels of Schizophrenic thoughts. She was noticed not guilty by reason of insanity based on the testimony. She was committed to the Pueblo Mental Health Institute when she was 18 years old.

Is Isabella still suffering from Schizophrenia?

Although Isabella has spent over seven years in a mental health facility due to her bipolar disorder since the year 2020 she has been wishing she could leave and rejoin society. According to Isabella’s statement to CBS4, who interviewed her via computer camera in the facility, she was not herself at the time of the incident and has since been restored to full health.

She also opened up about her past and her family during the interview. “I was abused for many years at home by my family,” she said. When I was 14, I left my parents’ Jehovah’s Witness faith, and the abuse at home only got worse.

“If I could go back and do things differently, I would,” she said when discussing the events of the day. Afterward, Isabella claimed that she felt better than she had in a long time, saying she wasn’t herself when it happened.

Why Young Accounts Should Not Ignore the Opportunity to Buy Instagram Followers?