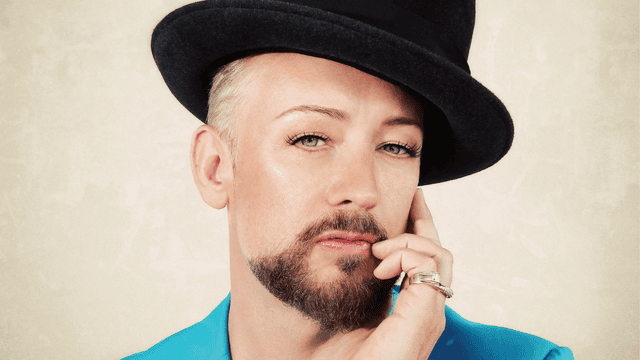 Singer George Alan O’Dowd, better known as Boy George, is once again the talk of the town because of his smooth and evocative tones. The famous musician, composer, DJ, and writer has come out as gay. A popular reality show featured him telling his life story and discussing the impact of David Bowie on his work.

What was going on with Boy George and David Bowie? Is Boy George homophobic? Yes, there is a wealth of information regarding the sexual orientation of Boy George. Have a look at this list of essentials you should keep.

Who is Boy George?

Culture Club, a pop band formed in 1981, features Boy George as the band’s lead vocalist. In 1987, he stepped out on his own and began performing as a solo artist. Blue-eyed soul is a genre commonly used to describe Boy George’s music, which draws inspiration from funk, R&B, and reggae.

Boy George was an Eltham native who became famous as a member of the New Romantic scene of the late 1970s and early 1980s. David Bowie and Marc Bolan, forefathers of glam rock, were major influences on his image and sense of style. Together with Roy Hay, Mikey Craig, and Jon Moss, he established the Culture Club in 1981.

Color by Numbers, the group’s second studio album, was released in 1983 and went on to sell over 10 million copies around the world. Do You Really Want to Hurt Me, Victims, Miss Me Blind, It’s a Miracle, The War Song, Move Away, and I Only Wanna Be Loved are just some of their popular songs.

Some people in the 1980s thought that Boy George was gay due to his androgynous appearance. In an interview from 1983, Joan Rivers asked Boy George, “Do you prefer men or women?” George replied, “Oh both.” In 1985, when Barbara Walters inquired as to Boy George’s sexual orientation, the singer revealed that he was bisexual and had dated both men and women. He famously told interviewer Russell Harty that he would rather have “a nice cup of tea” than engage in sexual activity.

Boy George revealed his sexuality and covert relationships with punk rock vocalist Kirk Brandon and Culture Club drummer Jon Moss in his 1995 autobiography Take It Like a Man. A lot of the songs he created for Culture Club, he said, were about his feelings for Moss. When asked in the documentary Living with Boy George from 2008 when he first realized he was gay, when he told his parents, and why guys fell in love with other men as well as women, Boy George opened up about all of these topics and more.

In December 1983, Boy George and Annie Lennox, two of the biggest androgynous performers in music, graced the covers of Smash Hits and Newsweek, respectively.

Read More: Is Reginald Veljohnson Gay? His Past Affair, Girlfriend, and Much More!

As of the year 2023, there is no record of Boy George being married to a person. He announced his single status on Instagram in 2015.

Malcolm McLaren, a music industry veteran and former manager of the Sex Pistols, noticed Boy George and invited him to perform with his group Bow Wow Wow because of his androgynous fashion sense. He had issues with Bow Wow Wow’s lead singer Annabella Lwin during his time there as a performer under the name Lieutenant Lush.

Boy George later parted ways with the band and formed his own outfit with Mikey Craig on bass. Two members later, drummer Jon Moss (formerly of the Damned and Adam and the Ants) and guitarist Roy Hay joined the band. At first, known as Sex Gang Children, the group eventually changed its name to Culture Club to reflect the diverse ethnicities of its members.

Although EMI Records paid for the band’s demo recordings, they ultimately decided not to sign them. While Virgin Records in the UK was interested in signing the band for European releases, Epic Records was in charge of distribution in the Americas.

Kissing to Be Clever was their first album and it reached No. 5 in the UK and No. 14 in the US. Do You Really Want to Hurt Me? became a global smash, topping the charts in a number of countries and placing in the top 10 in many more (US No. 2).

This was followed by the US and UK Top 5 success “Time,” and the US Top 9 hit “I’ll Tumble 4 Ya.” By achieving this feat, Culture Club became the first band in the United States to have three Top 10 songs off a first album since the Beatles.

Boy George just appeared on I’m a Celebrity… Get Me Out of Here! for the 2022 season. The artist reportedly receives almost £800,000 for her participation. In the history of the show, this will be the largest sum ever paid to a guest star. Based on the information presented by Celebrity Net Value, Boy George has an overall worth of £43 million.