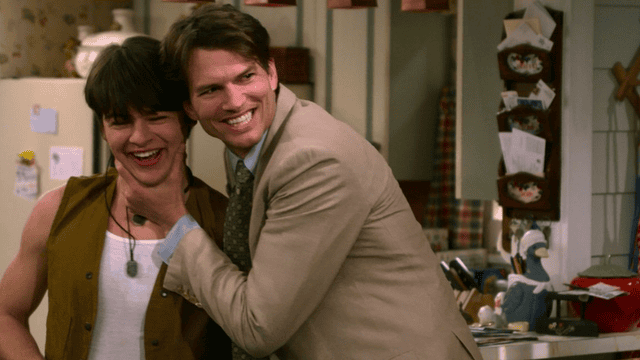 Who plays Jay Kelso: Characters and settings from the original That ’70s Show return in this American television period teen sitcom, which is set in the summer of 1995. On January 19, 2023, it debuted on Netflix.

Leia Forman, the teenage daughter of Eric Forman and Donna Pinciotti, spends the summer of 1995 with her grandparents, Red and Kitty, in Point Place, Wisconsin, 15 years after the events of That ’70s Show.

Who Plays Jay From That ’90s Show?

For those who loved “That ’70s Show,” “That ’90s Show“ is the sequel they didn’t realize they needed. That ’70s Show naturally concluded on New Year’s Eve 1979 with Eric (Topher Grace) and Donna (Laura Prepon) seemingly getting back together. They must have found some way to make things work because 15 years later, they have a daughter named Leia (Callie Haverda) who plans to spend the summer of 1995 with her grandparents in Point Place, Wisconsin.

That’s pretty much the premise of the first season of “That ’90s Show,” and if things go well, there might be a lot more hijinks at the Forman home in future seasons. That ’90s Show” continues the trend of the original by having the main Forman youngster and his pals hang out in the basement. Jay Kelso (Mace Coronel), one of these friends, becomes Leia’s new love interest. His parents, Michael Kelso (Ashton Kutcher) and Jackie Burkhart have a rather obvious clue about who he is because of his surname (Mila Kunis).

As an actor, Coronel has experience. He began his career when he was only seven years old and has since amassed an impressive list of accomplishments.

Who is Mace Coronel?

Mace Coronel made his acting debut when he was just 7 years old, despite being born in 2004. The majority of his early acting roles were in short films or as one-off guests on television shows. But in nine episodes of “The Bold and the Beautiful,” he got to play the meatier part of R.J. Forrester. He soon landed his biggest part to that point, that of Dicky Harper on the Nickelodeon show “Nicky, Ricky, Dicky & Dawn.” 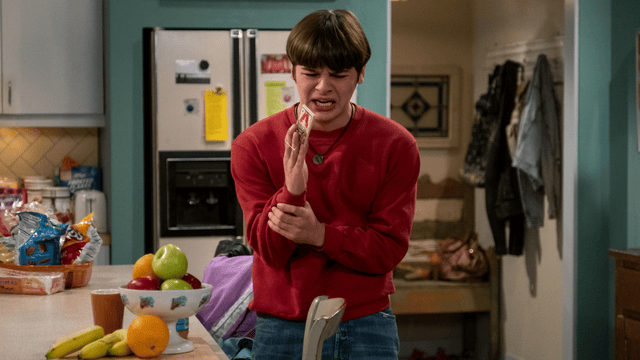 Coronel played the role of the third-oldest Harper sibling throughout the show’s four-year run from 2014-2018. The one who took the road of least resistance was Dicky. His character, Jay Kelso, on “That ’90s Show,” is similarly blasé about whether he will or will not end up with Leia, a trait he clearly inherited from the actor.

While Coronel has a background in comedy, that’s not all he’s done professionally. In addition, he appeared in an episode of “ABCs of Death 2 1/2.” Coronel plays a zombie kid who attempts to make friends with a regular kid in the film “M is for Mom.” To put it mildly, it’s a big change of pace for the actor, and it would be nice to see him show up in more films in the years to come.

Read More: Who is Hustle Based on? Who Plays the Role of Stanley Sugerman?

Does Betsy Kelso appear in That 1990s Show?

Betsy Kelso is surprisingly absent from That ’90s Show. Jay Kelso (Mace Coronel), the son of Kelso and Jackie Burkhart-Kelso, is the one we actually get to meet. Jackie and Kelso reconcile and have a son in the time jump between That ’70s Show and That ’90s Show.

Who is Betsy Kelso?

Betsy Kelso, the first child of the Kelsos?

So what happened to Betsy Kelso?

Betsy is never referenced in the spinoff series, which signals the series has decided to write her out as a character, despite the fact that Kelso now technically has two children and Jay should have a teenage half-sister. Seems like a retcon to not even mention her at all in the episode.

Jackie and Kelso’s reunion in That ’90s Show, married and raising a child, is what many viewers of the original show expected to see after the series’ conclusion. Mila Kunis and Ashton Kutcher, the show’s real-life stars, got married a few years after the series ended. Kunis and Kutcher’s marriage, which has lasted since 2015, suggests that real life is affecting the show’s direction.

Feelings about Betsy Kelso being left out of That ’90s Show and not being mentioned in it? If the program is renewed, do you think they’ll alter their minds about that?

When Will “Stranger Things 5” Be Released? What Can We…