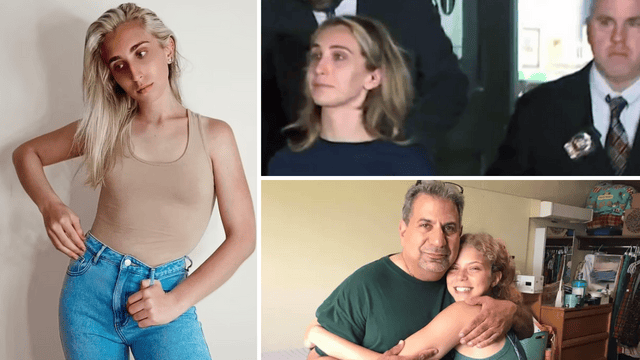 A transgender lady has been arrested in New York on charges of murder and attempted murder of her father and sister.

Nikki Secondino, 22, was detained on Thursday night in connection with the incident that resulted in the stabbing deaths of Carlo Secondino and Liana Secondino, both of whom were sent to the hospital in critical condition.

A story in the International Business Times states that Nikki Secondino first informed authorities that she and her family were attacked by two intruders during a break-in. According to a tweet by CBS reporter Tim McNicholas, Nikki Secondino was arrested after she admitted to lying to authorities about the home invasion.

He wrote on Twitter, “Employees at a Brooklyn cafe have erected a memorial to Carlo Secondino, a delivery driver who was slain this morning. His daughter reported that intruders stabbed her, her sister, and Carlo at their house. Authorities have since stated that this was not the case. There is a murder charge against her, and she has been arrested.

Nikki Secondino said that armed thieves entered their 17th Avenue house in the Bensonhurst section of Brooklyn at 6 a.m. on Thursday and stole cash from a safe. There was no safe in the house, as was discovered by the authorities. They also said they think Nikki Secondino made up the break-in to divert attention from the attack she had committed.

The IB Times states that Nikki Secondino has been arrested on charges of murder, attempted murder, and criminal possession of a firearm. Yadira Gomez, co-owner of Mike’s Diner, where Carlo Secondino worked, addressed the media about the attack and shared her thoughts on Carlo’s family.

She noted that Carlo seemed preoccupied with “family concerns,” despite his apparent support for Nikki’s change.

At a Brooklyn diner, employees put up a tribute to Carlo Secondino—a delivery driver killed this morning.

His daughter told police burglars at their home stabbed her, her sister, and Carlo.

Gomez told Daily News that her father was there to care for Nikki after her sex change operation, further emphasizing his approval of the decision. He was in complete agreement with her. The words of his daughter: “Do what you want; I’ll back you up.”

A statement from Gomez’s interview with the New York Post reads, “I know that there was (sic) always arguments. She said, “He worked here every day, but all day long he’d remark, ‘She’s crazy, she’s got some issues, problems, she doesn’t want to work out.'”

The girl’s mothers left them when they were young, and he was the only adult they knew who could serve as a parent figure. That individual was well-liked by the community at large. The loss is significant for everyone involved. Indeed, he intended to put in time at the office. It seemed like he was always there to lend a hand to whoever needed it.