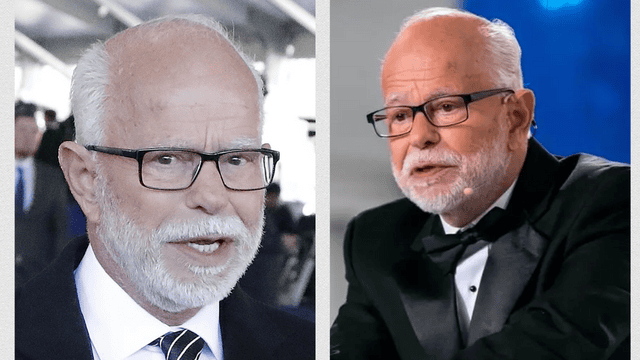 Where is Jim Bakker Now: Jim Bakker, the well-known televangelist and the soon-to-be subject of the historical drama film The Eyes of Tammy Faye, has undoubtedly caused his fair share of controversy over the years. Jim Bakker is infamous for his repeated run-ins with the law, most recently for spreading false information about the coronavirus through his PTL Club. Is Jim Bakker still alive and where is he now? Learn the whole and current details about his life by reading on.

Who is Jim Bakker?

American televangelist and convicted scam man James Orsen Bakker. Bakker and his then-wife, Tammy Faye, hosted the Christian talk show The PTL Club on the cable network PTL Satellite Network from 1974 to 1987. In addition, he created Heritage USA, a Christian amusement park in Fort Mill, South Carolina, that has since closed.

Bakker left the PTL ministry in the late 1980s because of a scandal involving hush money paid to church secretary Jessica Hahn to silence her about an alleged rape. Due to the accounting fraud that was uncovered later, criminal charges, a conviction, jail time, and a breakup followed. Bakker remarried and resumed his televangelist career, reestablishing the PTL ministry and establishing Morningside Church in Blue Eye, Missouri.

Presently, he presents The Jim Bakker Show, a program that promotes emergency supplies by discussing the end of the world and the return of Christ. Among Bakker’s many works are I Was Wrong and Time Has Come: How to Prepare Now for Epic Events Ahead.

In 1960, Jim Bakker and Tammy Faye LaValley met each other at Minneapolis’s North Central University. The two struck it off right away and were married by April 1961. They dropped out of school to become traveling preachers and ended themselves in North Carolina. It was there that they first aired The PTL Club, the late-night chat program that would make them famous.

Jim’s dismissal as a preacher came about in 1987 after a string of controversies, including allegations of sexual misbehavior and the failure of a religious theme park called Heritage USA. Nonetheless, the difficulties surrounding Jim and his family persisted, and in 1985, a classified IRS study revealed that the Bakkers had utilized $1.3 million in ministry funding for “personal profit” between the years 1980 and 1983.

A post shared by The Jim Bakker Show (@jimbakkershow)

A criminal case was eventually filed against The PTL Club and Jim for defrauding customers out of $1,000 each by selling “lifetime memberships” with the promise of a three-night stay each year at a luxury hotel that was never built by Heritage USA. Jim faced indictment for eight charges of mail fraud, fifteen counts of wire fraud, and one count of conspiracy in 1988. The judge ruled that he was guilty on all 24 counts, and he was given a starting sentence of 45 years in jail.

A fresh sentencing hearing for Jim was held in 1991, resulting in a five-year parole eligibility date and a sentence reduction to eight years in prison. In 1994, after his release from prison, he discovered he owed the Internal Revenue Service $4 million. After divorcing Tammy Faye in 1992, Jim remarried a woman called Lori in 2003, when he made his television comeback. Jim has hosted The Jim Bakker Show, produced by his firm Morningside Church Productions Inc., every day since 2003.

Read More: Where is Allen Lafferty Now? Check It Out Here!

Although he had a stroke in May 2020, just after his previous incident, The Jim Bakker Show Instagram showed that Bakker is still very much alive and well today. In Jim’s most recent case, he was sued for providing false information on coronavirus treatments.

Where is Jim Bakker Now?

Jim and Lori Bakker continue to host “The Jim Bakker Show” on The PTL Network.

When Jim and Tammy Faye Bakker first entered the broadcasting industry in 1966, they joined Pat Robertson at his Christian Broadcasting Network (CBN) in Portsmouth, Virginia. Come On Over, a children’s variety show hosted by the Bakkers was essential in the development of the network because of the show’s use of comedic routines with puppets.

In response to Bakker’s popularity from Come On Over, Robertson gave him his own prime-time talk show, The 700 Club, which eventually became CBN’s most-watched show. The Bakkers left CBN in 1972 and went on to co-found Trinity Broadcasting Network (TBN) with Paul and Jan Crouch in California the following year. As a result of tensions between Jim Bakker and Paul Crouch, the Bakkers left the new network after only eight months of working together.

Historic American Symbol in 2007. Most of the structures at the site have been taken down at this point. The Bakkers left TBN in 1975 and established their own late-night talk show in Charlotte, North Carolina, called The PTL Club, which premiered in 1976. In 1974, Bakker established the PTL Satellite Network, through which local affiliates around the United States broadcast The PTL Club and other evangelical television programs.

Bakker established PTL’s headquarters, known as Heritage Village, in the Carolinas throughout the 1970s. The Bakkers grew their ministry to include the Heritage USA theme park in Fort Mill, South Carolina, which quickly became the third most successful theme park in the United States. The earnings from viewers’ weekly donations were expected to exceed $1 million, allowing the theme park and The PTL Club to grow. When asked about his use of the media, Bakker claimed, “I believe that if Jesus were living today, he would be on TV.”