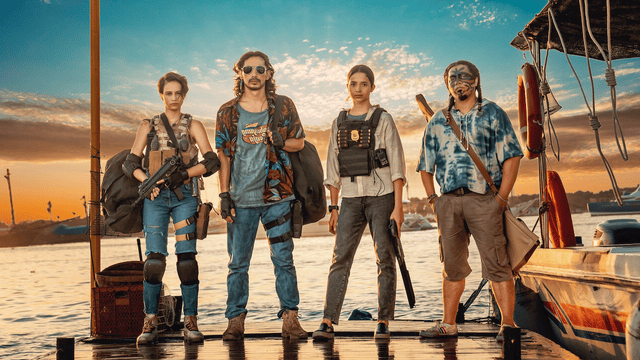 The Big 4 Ending Explained: If you have watched The Big 4 and did not understand the ending. Then you have come to the right place. Do you want to know What happens when Topan finally finds Antonio? Why did Topan express his love to Dina? Who is the mysterious woman in the end? We will give you all the answers to your question.

Timo Tjahjanto and Johanna Wattimena wrote and directed the action-packed extravaganza The Big 4. The Indonesian movie is two hours and twenty-one minutes long, and it’s about four retired assassins who are out for the ultimate revenge.

In this article, we will discuss The Big 4 Ending Explained. Please go through the entire article to get all the information.

Antonio kidnaps Pelor, which causes a lot of trouble for Topan and the rest of the group. After a much-needed scene of making up, the siblings promise to save Pelor and get revenge for their father’s death. So, the story came to a very graphic and violent end.

When Antonio starts to hurt the youngest sibling, Topan calls him and gives him hints about his real name and who he is. But the deadly killer that Petrus trained changes the subject and invites him to the final battle. Topan tells him that the gang is already there and that he can’t get away.

Read More: The Wonder Ending Explained: What Happened With Lib at the End of the Wonder Movie?

Fight Between Topan and Antonio!

The conflict starts when Antonio’s goons blow up an empty jeep, which serves as a good lure for the siblings’ crew. They all then enter the hotel/villa in an effort to find the boss’s man and prosecute him for the murder of their father Petrus. Along the way, they come upon Antonio’s helper Alo, who engages the group in a fierce duel before being destroyed by a rocket launcher. 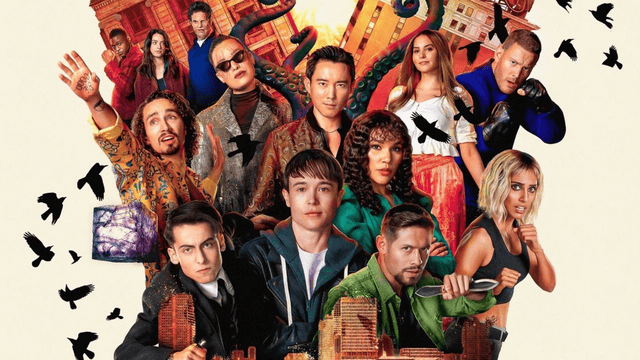 When Topan eventually locates Antonio and they start fighting hand-to-hand, the situation becomes tenser. Even though the evil assassin dominates the fight, Topan manages to settle into a rhythm and defeat the villain in his own game. Additionally, Antonio makes threats to kill Pelor in an effort to buy himself more time and avoid the inevitable conclusion. Read the remaining article to get all details regarding The Big 4 Ending Explained.

What Happens In The End Scene?

However, Topan begins to call the assassin by his given name in an attempt to taunt him, which makes the combat scenes quite humorous. Additionally, he begins to direct Pelor to free himself so that he might attack Antonio while the latter is off guard. In the end, both of the siblings are successful in killing the gangster, who is found dead on the island’s coast.

In the dramatic scene, Topan declares his love for Dina, who is also involved in the attempt to apprehend the assassins. Then, when Topan handcuffs her and leaves with the rest of the group, everything comes to a happy conclusion.

Additionally, in one of the final moments, a strange woman threatens officer Hassan and swears to assassinate Topan, the leader of the organization. All of which suggests that a sequel might be on the horizon.

But who is this strange woman? There is not a single post-credit scene in which they can reveal who is she. But if we get any spoilers about it we definitely update this page.

If you have not watched The Big 4 Movie, you can watch it on Netflix. Watch the trailer below first it will make you feel the thrill to watch this movie.

When evaluating a program, everyone considers its rating. Usually, the best way to determine if a show will continue airing is to examine its performance in the ratings. As your position improves, so do your chances of succeeding. The show has an IMDb rating of 6.1/10 and a Rotten Tomatoes audience rating of 80%.

In the Above Post, we have given you the glims of The Big 4 Ending Explained. If you like this article please visit again on out website “The Shahab“