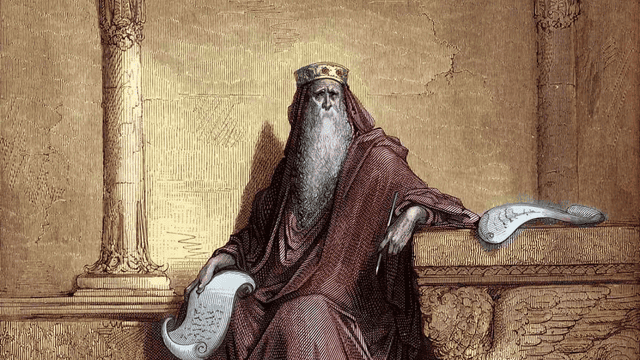 Solomon Age When He Became King: Solomon was born a long time after David rose to power. We are aware that it was most likely a number of years after David had relocated to Jerusalem. In order to account for Bathsheba’s first pregnancy, her marriage to David, and her subsequent second pregnancy, he must have been in Jerusalem for at least a few years when he first met her.

As a result, Solomon was a child when he became king, as his birth would have occurred at least ten years into David’s reign. He married the Pharaoh’s daughter shortly after ascending to the throne, indicating that he was likely at least 20 years old.

In this article, we will discuss “How Old Was Solomon When He Became King?” So we will just recommend you all to go through the entire article and you will find all your answers.

How Old Was Solomon When He Became King?

Solomon’s age is unspecified in the Bible. However, the following information indicates that Solomon was around 20 years old when he assumed the throne, which is in line with the majority of non-Biblical sources. He was 60 when he passed away, having ruled for 40 years. 2 Chron 9:30, 1 Kings 11:42.

Rehoboam, who was 41 years old when his father Solomon passed away, ascended to the throne. Rehoboam was born when Solomon was around 19 years old, and he was around 18 when he got married.

David passed away at age 70. According to this, David was about 50 years old when Solomon was born. This would clarify how long it took for everything to happen between 2 Sam 12 and 24.

Solomon was regarded as the greatest king to rule Israel and lead the nation to triumph and wealth. Solomon increased the expansion of the royal court, made adjustments to the defence measures, and brought financial gain through sophisticated taxing, labour conscription, and other advances during the time period known as “The Golden Year.”

Even tributes and presents from other nations came as a result of Solomon’s influence. King Solomon established connections with strong nations like Arabia, Egypt, Tyre, Moab, etc. in other countries as well. He married royals from many nations, and in total, he had 700 wives and 300 concubines.

Queen of Sheba had the most passionate and political relationship of any of them. She was moved by Solomon’s achievements and wisdom, and as a result, she assisted him in keeping cordial ties with the Arabian Kings. She had a baby through King Solomon.

Read More: How Old Was Jesus When He Died? Here is Everything About It!

King Solomon built the Temple to hold the Ark of the Covenant in accordance with the will of both God and his father, David. In the first seven years of his reign, the building was finished.

Over the course of seven days, sacrifices of 22,000 oxen and 120,000 lambs were made. Solomon removed the Ark of the Covenant from the tent where David had stored it after the construction of the temple. It is presently stored in “The Holy of the Holies,” a separate room on the western end of the Temple.