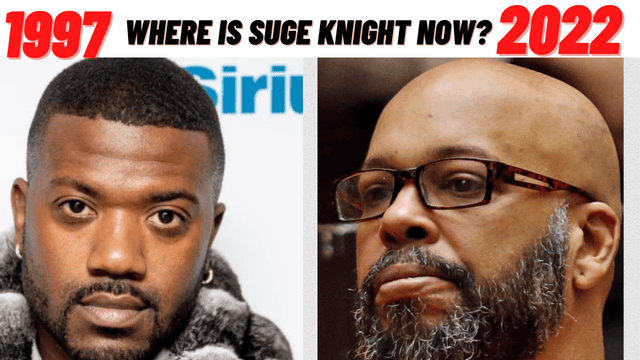 In the 1990s, Death Row Records was a big deal and a great example of a Black-owned business. After the label made stars out of rappers like Snoop Dogg and Dr. Dre, almost every rapper wanted to work with the label. Suge Knight, who was almost like the godfather of rap, ran the company, which made a lot of money. But Knight was no stranger to scandals, and in the early 2000s, the music executive fell from grace. So, where is Suge Knight these days?

Who is Suge Knight?

Tupac Shakur started serving a maximum four-and-a-half-year prison term in 1995. In exchange for signing Shakur to Death Row Records, Knight agreed to pay his bail, release him from custody, and release him from prison while his conviction was being appealed. Shakur’s biggest commercial hit, All Eyez on Me, was released by the label in 1996.

Related: Tupac Net Worth: How Rich Was Dancer Tupac at the Time of Death?

Where is Suge Knight now?

Suge Knight had an eye for talent, but he was brutal in his pursuit of it. Throughout the late ’90s, Knight was incarcerated for various offenses including assault, parole, and probation violations. However, it appears that the music mogul didn’t take anything from his time behind bars.

Knight killed Terry Carter, a businessman when he drove his pickup truck over him in 2015. After learning that his likeness would be used in the film Straight Outta Compton, Knight also seriously injured Cle Sloan, a former member of a rival gang in Compton. Trouble began when Knight confronted the crew.

According to NBC News, when Carter tried to escape, Death Row Records executive Knight plowed over his body with his truck, killing him and crushing Sloan’s ankles.

A judge found Knight guilty of voluntary manslaughter in 2018, and after the ruling was delayed due to Knight’s health, he was given a 28-year prison sentence. The first 22 were for the crime of running over Carter, and the additional six were added because this was the third strike against the ex-hip-hop executive.

Suge Knight is currently incarcerated in the California state prison known as the Richard J. Donovan Correctional Facility, which is located in the San Diego area.

Marion Hugh “Suge” Knight Jr. played football for El Camino College from 1983 to 1985. He then played for a short time in the NFL. After a short time as an undrafted NFL player, he started working as a concert promoter and bodyguard for famous people like Bobby Brown.

Knight started his own music publishing company in 1989. When Vanilla Ice gave him the rights to “Ice Ice Baby,” he made his first big money. It was also said that one of Knight’s clients, Mario Johnson, had written the song. This led to the agreement. Knight then started a management company and got artists like the D.O.C. and DJ Quik to sign with it.

Also Read: Snoop Dogg Net Worth in 2022?: All Updates of His Musical Career to Wife!

Through them, Knight met Dr. Dre, who joined Death Row Records with him and the D.O.C. After Dre’s album The Chronic went triple platinum, the label started to do well.

Knight and Sean “Diddy” Combs started fighting in 1995, and Knight was very critical of how Combs got his artists to appear in music videos. In the same year, Knight paid $1.4 million to get Tupac Shakur out of jail on the condition that he sign with Death Row.

Shakur went to the studio as soon as he was free to start working on All Eyez on Me. The rapper became famous while he was at Death Row. Albums like The Don and Killuminati: The 7-Day Theory were big hits. Shakur signed with the label, but a year later, he was shot and killed in his car, which Knight was driving. Some of Shakur’s friends think that the executive is what will bring the rapper down.