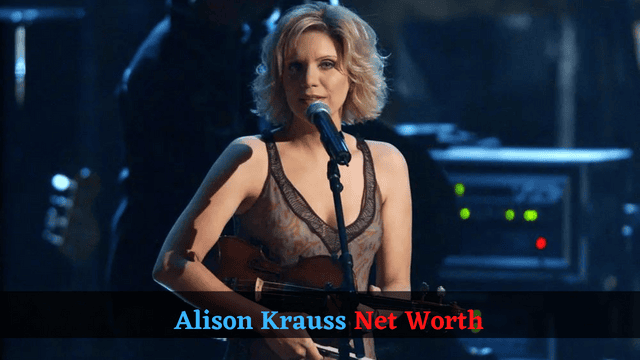 Alison Maria Krauss is an American who sings and plays bluegrass and country music. She started out in the music business at a young age, singing in local contests when she was 8 and making her first record when she was 14.

In 1985, she signed with Rounder Records, and in 1987, she put out her first album by herself. Alison Krauss and Union Station, the band she still plays with, asked her to join. In 1989, she released her first album with them as a group.

Krauss has made 14 albums, played on the soundtracks of many movies, and sparked a new interest in bluegrass music in the United States. Her work on soundtracks like “O Brother, Where Art Thou?” and “Cold Mountain,” which led to her performance at the 2004 Academy Awards, has helped her become more well-known.

Let’s have a quick look at Alison Krauss

What is the Net Worth of Alison Krauss?

Alison Krauss is an American musician, singer, and songwriter who is worth $18 million, according to Celebrity Net Worth. Alison Krauss is best known for the bluegrass and country music she has made. Alison has won 27 Grammys as of this writing, making her the fourth-most-awarded musician in Grammy history.

Alison has released six studio albums with Alison Krauss & Union Station, including “So Long So Wrong” (1997) and “Lonely Runs Both Ways” (2004). She has also worked with former Led Zeppelin frontman Robert Plant on the albums “Raising Sand” (2007) and “Raise the Roof” (2021) and with The Cox Family on the 1994 album “I Know Who Holds Tomorrow.”

Personal Life of Alison Krauss: Is She Married or Divorced?

Alison got married to musician Pat Bergeson on November 8, 1997, and in 1999, they had a son named Sam Patrick Bergeson. Krauss and Bergeson divorced in 2001. In 2012, Berklee College of Music in Boston gave Alison an Honorary Doctorate of Music. 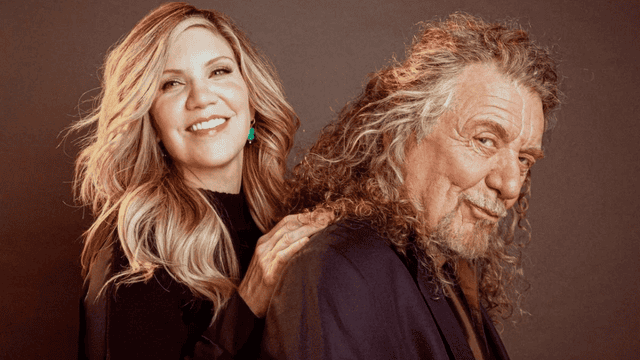 As of 2019, she has won 27 Grammy Awards out of 42 nominations. This puts her fourth on the list of people who have won the most Grammy Awards, behind Beyoncé, Quincy Jones, and classical conductor Georg Solti.

Before Beyoncé won her 28th Grammy in 2021, Krauss was the most-awarded singer and female artist in Grammy history. Krauss was the second-youngest Grammy winner when she won her first one in 1991.

Alison Krauss was born on July 23, 1971, in Decatur, Illinois, USA. She is a musician and country blues singer who is best known for her work with the band Union Station. Her amazing skills have won her a record-setting 27 Grammys, which has helped her net worth grow by a lot. She can sing, and she also plays the fiddle, piano, and mandolin. In 1984, Krauss began his career.

Have you ever wondered, as of mid-2016, how much money Alison Krauss has? According to reliable sources, Krauss’s net worth could be as high as $16 million. Most of this money comes from his successful career as a singer, but Alison is also a producer, which has helped her wealth even more.

Alison Krauss Career: How Did She Become a Famous Singer?

In 1985, Krauss made the album “Different Strokes” with Jim Hoiles and Swamp Weiss. At age 12, she started playing with John Pennell, a songwriter and bassist, in the band Silver Rail, which later became Union Station.

Alison signed with Rounder Records in 1986, and her first solo album, “Too Late to Cry,” came out the next year when she was 16 years old. “Two Highways,” the first Alison Krauss & Union Station album, came out in 1989. In 1990, Alison’s solo album “I’ve Got That Old Feeling” reached #61 on the “Billboard” Top Country Albums chart and won Krauss a Grammy for Best Bluegrass Recording.

Krauss joined the Grand Ole Opry in 1993, and the Shenandoah song “Somewhere in the Vicinity of the Heart,” which won a Grammy and reached #7 on the “Billboard” Hot Country Songs chart in 1994, was her first top 10 hit.

In 2017, Alison’s solo album “Windy City” was number one on the Top Country Albums chart and number nine on the “Billboard” 200 chart. In 2021, she worked with Plant again on the album “Raise the Roof.” More than 40 Grammys have asked Alison Krauss to perform. At the time this was written, she had 27.

What Does ‘AS’ Mean on Tiktok? Check It Here!