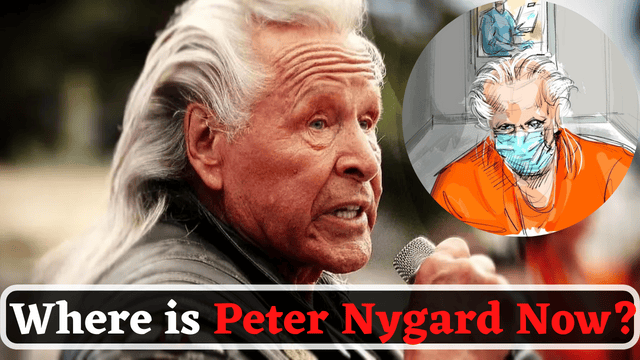 Peter Nygard used to be known all over the world as a fashion mogul, but now he has a much worse name. Dateline on NBC is looking into the claims against Nygard, who is said to have sold sex services to dozens of women over the course of decades.

The Dateline episode about Nygrd’s alleged crimes will air at 9 p.m. EST on December 10, 2021. Here’s some information about his past and what he’s doing now.

Who is Peter Nygard?

Finnish-Canadian Peter J. Nygard works in the fashion industry. Nygard International, a Winnipeg-based womenswear manufacturer, was established by him in 1967. In 2020, the FBI conducted a raid on Nygrd’s New York City headquarters on suspicion that he was involved in long-term sex trafficking, rape, and racketeering.

He was formally charged and arrested later that year on sex trafficking and racketeering charges, with allegations of minor sex trafficking. Toronto police filed multiple sexual assaults and forcible confinement charges against Nygard in October 2021, for incidents spanning the mid-1980s to the mid-2000s; allegations of sexual misconduct against Nygard date back to 1968.

As of September 2022, none of Nygrd’s criminal trials have resulted in a conviction.

Where is Peter Nygard Now?

On January 6, 2022, Nygard is scheduled to have a bail hearing. The world will learn at the start of the new year how the legal system plans to handle his specific case. Peter was not present at his most recent hearing, which was held in a Toronto court on the morning of December 10, 2021. What we do know is that despite numerous accusations against him, he has steadfastly refuted all of them.

He is facing six counts of sexual assault and three counts of forcible confinement from incidents that happened in the 1980s and the middle of the 2000s, according to the Toronto police. After being detained in Winnipeg under the Extradition Act earlier, Nygard consented to be extradited to the U.S. to face sex trafficking charges. He is currently incarcerated in Canada while he waits to be extradited.

According to the New York Post, Trey Peele, one of Nygrd’s sons, encouraged his mother to make Nygrd’s abusive actions public. Peele says in the Dateline episode, “I was like, Mom, we need to speak up. You must share your experience in order to encourage others to come out without fear. Because many people will follow you if you come out—many, many, many people.”

Nygard was accused of being willing to drug and assault females as young as 14 years old in order to satisfy and indulge the “near-daily” sexual urges “He was having sexual desires. In addition to the horrifying sexual assault allegations against him, Nygard is also under investigation for racketeering as a result of an FBI raid on the New York City offices of his company.

Here Are Some Additional Details About Nygrd’s History

Nygard was the former CEO of a multimillion-dollar clothing company, so he had a lot going for him. He was born in Finland, but his parents moved to Canada when he was a child. He graduated from the University of North Dakota in 1964 with a business degree.

Nygard had gotten away with his alleged crimes until 2019 when police began investigating him in secret. He was finally served with two separate lawsuits in the first month of 2020 in connection with some of his sexual assault cases. Nygard’s own sons have even accused him of hiring escorts to sexually assault them.