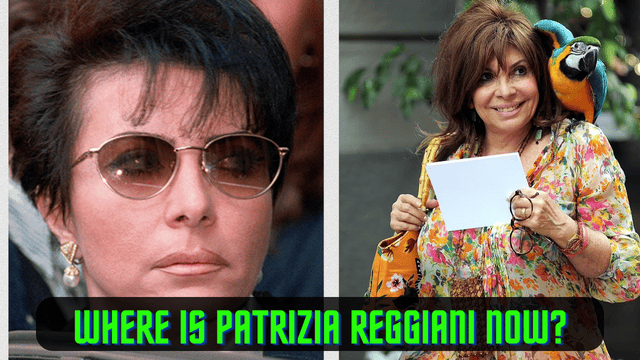 Fans were not surprised that Lady Gaga played Patrizia Gucci, an Italian socialite who became a murderer, in the movie House of Gucci. But now that Ridley Scott’s movie about her crime has brought it back into the public eye, people want to know more about Patrizia and where she is now.

Patrizia was given 29 years in prison in 1997 for killing her husband, Maurizio Gucci, who was the heir to the Gucci fashion house.

But then what happened? Find out by reading on.

Who is Patrizia Reggiani?

Italy’s former socialite and convict Patrizia Reggiani. In a widely covered trial, she was found guilty of plotting to have her ex-husband, Maurizio Gucci, murdered.

Northern Italian Patrizia Martinelli’s birthplace is Vignola, in the Province of Modena. She had a tough upbringing as she was never introduced to her biological father. Mother Silvana married wealthy businessman Ferdinando Reggiani when Patrizia was 12; he adopted her.

At the age of about 22, Patrizia met Maurizio Gucci at a party in 1970. Maurizio was the heir to the Gucci fashion house. They tied the knot on October 28th, 1972, and settled down in the Big Apple. Rodolfo Gucci, Gucci’s father, did not initially approve of the marriage because he saw Patrizia as “a social climber who had nothing in mind but money,” but he eventually changed his mind and gave his son and his new daughter-in-law a lavish penthouse in New York City’s Olympic Tower.

Read More: Where Is Michelle Carter Now in 2022? Latest Updates!

Where is Patrizia Reggiani Now?

Patricia, who was found guilty of murdering her ex-husband, appealed the verdict on the grounds that she was mentally impaired due to the removal of a brain tumour.

Her conviction was upheld in 2000 by a Milan appeals court, but her sentence was reduced from life in prison to 26 years. Later that same period, Patrizia made a failed suicide attempt. She was released from San Victoria Prison, also known as the Opera Prison, in 2014 after she participated in a work-release programme.

After this American horror story and A star Is BornLady Gaga now has a new appearance as Italian celebrity Patrizia Reggiani. She will star in the crime drama directed by Ridley Scott Gucci’s hous… pic.twitter.com/j3BzeAAvY5

After two years of extended parole for good behaviour, she was finally released from prison in 2016. Patrizia is still with us today, and she has not stopped talking about the crime that landed her in prison for over two decades.

Patrizia said in 2016 to The Guardian, “I think I am a very strong person because I survived all these years in captivity.” I got a lot of rest. Took good care of my plants. Bambi, my pet ferret, was cared for by me.

She elaborated, saying, “I feel like I’m in a nightmare.”

What does Patricia Reggiani do for a Living?

The Guardian claims that Patrizia is now working for Milan-based costume jewellery company Bozart. She works as a design consultant, which sounds like a fairly simple job. She is in charge of consulting the design team staff and reading fashion magazines.

She also revealed to the publication that although she lives in a townhouse in Milan, she doesn’t get along well with her two daughters. When she was first detained, they were 18 and 14, respectively, and now both of them reside in Switzerland with their husbands.

Patrizia isn’t too fond of Lady Gaga’s portrayal of herself.

“I’m annoyed that Lady Gaga is portraying me in the new Ridley Scott film without even having the decency or the good sense to come and meet me,” she allegedly said, according to Ansa. It has nothing to do with money since I won’t be receiving any proceeds from the movie. Respect and common sense are key.

ITV News quoted Lady Gaga as saying, “I don’t want to collude with Patrizia Gucci,” in response to Patrizia’s complaint. She wants to portray herself as a notorious killer and someone who advised Gucci, in my opinion. I believe she regrets her actions greatly and that what she did was wrong.

She said, “Maurizio is the person who has mattered most to me in my life. If I could see him again, I would tell him that I love him. “I believe he would say the feelings weren’t shared,”