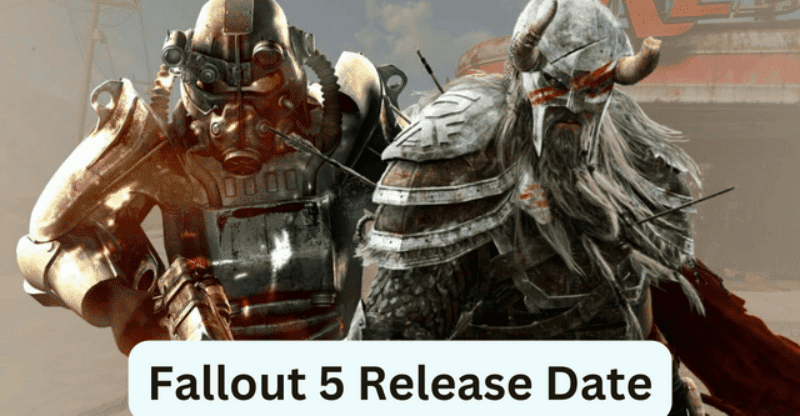 Developer Bethesda is using October to commemorate the 25th anniversary of the Fallout franchise, which debuted in October 1997.

With Fallout 3, Bethesda intervened to revitalize the series, replacing the initial turn-based games with one that was more in line with their other series, The Elder Scrolls.

Fallout 4 received record sales and positive reviews back in 2015, and now it is more well-known than ever thanks to Amazon Prime Video’s production of a TV version.

The same cannot be true with Fallout 76, an MMO game that Bethesda was forced to spend years fixing after it was released with all of its major components broken.

Even if Fallout 5 is still years away, the business looked to a more promising future earlier this year. Here is what we currently know about the post-apocalyptic series’ fifth installment.

The team behind this ambitious fan extension for Fallout 4 has published an ‘anniversary reel’ clip depicting in-game environments. The roughly three-minute film has outstanding footage, especially for a fan endeavor.

Fallout Miami will be available on PC and Xbox. The DLC-sized mod features the main mission, side quests, characters, and new companions. The New Fallout Miami trailer is below.

“Order vs freedom” is the mod’s core subject. This adventure takes place in post-post-apocalyptic Miami Beach. Once a famous tourist attraction, it now hosts an unusual array of factions and societies, each with its own culture and approach to the post-nuclear world.

The once-great slaver kingdom of Sunshine Cove is now threatened by the Nuclear Patriots. While Miami’s groups fight over the Vacation Wasteland, a long-forgotten remnant of the old world waits to conquer America.

A release date for Fallout Miami hasn’t been determined, but those interested can download two independent releases, including the Miami Misadventures episodic mod, which sends players on a short adventure to avenge a Southern caravan merchant. The PC and Xbox versions are standalone.

Fallout 5 has no definite release date for any platform as of yet. Fallout 5’s earliest possible release date is 2024, although even that looks optimistic.

While we’re celebrating 25 years of Fallout all month long, take a look at everything that’s coming this week: https://t.co/kS1XxrT3W3#Fallout25 pic.twitter.com/A9XENFItdB

Bethesda has confirmed Fallout 5’s existence (in some sort of capacity). Todd Howard told IGN in November 2021 that the studio has a “one-pager on Fallout 5.” Howard continued, “If I could wave my hand and have [Fallout 5] out, I’d like to find a way to speed what we do, but I can’t say today or commit to anything, [like] what’s going to happen [or] when.”

What is Fallout 5’s Release Window?

Since its retail debut is still years away, there is little point in trying to predict when it could be available.

Now that we know for sure that the game will happen, we can make educated guesses, but we still have a long way to go.

Fans of the Elder Scrolls series will be dismayed to learn that the sixth installment has been in development for an astonishing 11 years and shows no signs of being finished any time soon.

Soon after Starfield‘s release in the first half of 2023, the anticipation for Elder Scrolls 6 is likely to rise.

The release of Fallout 5 on Xbox Game Pass is expected to occur in the 2030s, while the release of the next Elder Scrolls is predicted for 2026 or 2027. that’s going to be a lengthy wait.

What Consoles Will Fallout 5 Be on?

Since Fallout 3, every game has been released on the Xbox, PlayStation, and PC.

Since then, it has been confirmed that Starfield is a Microsoft-only game. This means that it will only be available on the Xbox Series X, Series S, and PC, and not on the PS5.

There’s a good chance that all future Bethesda games will only be available on Microsoft, so Elder Scrolls fans with a PS5 should be ready for the bad news.

The same could be true for Fallout, but since it won’t come out for a long time, it’s likely to be on a console that comes after the Xbox Series X.

What Stage of Development is Fallout 5 in?

The game is now in the very early stages of the pre-production process, during which Bethesda is most likely just kicking around ideas around the office.

Late in the year 2021, Todd Howard, director, and executive producer for Bethesda stated that there is a “one-pager” for the next Fallout 5 game.

It’s possible that what’s written on that page is nothing more than proposals for different gaming elements and locations, but there’s plenty there to keep our dreams alive.

Even though Todd disclosed more during E3 2022, the information remained restricted.

He said: “To answer your question, yes, Elder Scrolls 6 is currently in the pre-production phase. Following Elder Scrolls 6, we will be working on Fallout 5, so our schedule is going to be very full for the foreseeable future.

“We have some other projects that we look at from time to time as well… [these games] do take a while to complete.”

We’re putting in as much effort as we can, but we want them to be the very best they can be for everyone, so we’re taking our time with them. I sincerely wish they were out sooner.”

People who were born in 2008, which was the release year for Fallout 3, will most likely be in their late 20s when they start playing Fallout 5 for the first time.

Despite everything, there is also the planned television show on Amazon Prime Video that will adapt Fallout for the small screen, so things aren’t completely hopeless.