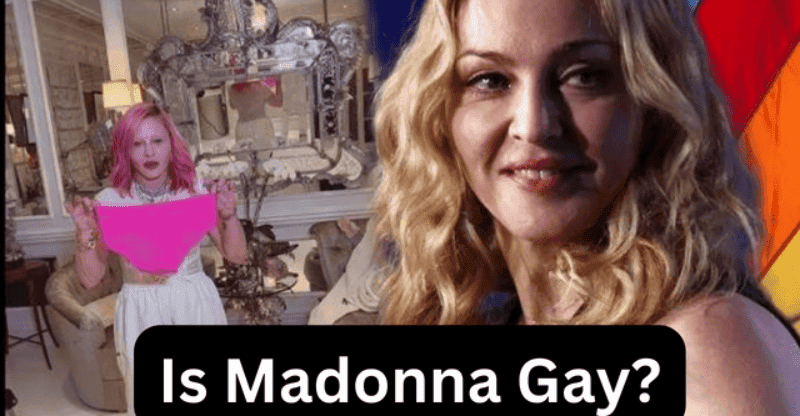 It’s no secret that Madonna is an American icon in the entertainment industry. She is the best-selling female artist of all time, having sold over 300 million records worldwide. Madonna, known for her many titles including “The Queen of Pop,” has had a significant impact on the world of popular music.

She’s taken charge of her own career, writing the bulk of her music and constantly reinventing herself. She has frequently provoked religious and moral outrage by treading on the edge of acceptable social behavior and aesthetics.

She found work as a waitress at Dunking Donuts and, in her free time, studied modern dance. After briefly being a member of the band “The Breakfast Club,” she left to pursue a solo career.

Madonna has uploaded a TikTok video that has prompted renewed rumors about her sexuality among her global fan base. The pop icon posted a video where she attempts to throw underwear into a basket, with text that says: “If I miss, I’m gay.” Unfortunately, she fails to make the hoop.

The 64-year-old did not provide any additional context for the video, which received nearly 25 million views in a single day.

Throughout her decades-long career, Madonna, the whose given name is Madonna Louise Ciccone, has been outspoken about her sexuality in both her music and interviews, earning her a reputation as a gay icon. She was honored with GLAAD’s Advocate for Change award in 2019.

Her career began at the same time as the HIV/AIDS epidemic in the 1980s and she held a benefit dance marathon, raising money for research of the disease that disproportionately affected the LGBTQ community, according to GLAAD. She has also lent her talents to AIDS awareness events.

She included a pamphlet with information about AIDS in her album “Like a Prayer,” released in 1989, to raise public awareness of the disease.

She featured several gay dancers in her 1991 documentary “Truth or Dare,” and in 1990, she released “Vogue,” which praised the underground ballroom subculture in New York City.

She won her first GLAAD Award for Raising Gay Awareness in 1991.

She has used her celebrity to speak out against anti-LGBTQ policies and bullying on numerous occasions, including attending a GLAAD award ceremony dressed as a Boy Scout in 2013 to protest the group’s ban on LGBTQ people.

According to an article published in 2012 by Advocate magazine, Madonna has been “the greatest gay icon for nearly 30 years.”

A number of followers expressed their perplexity over the TikTok post with comments like: “Could it be that Madonna has just emerged? And here I am, watching it happen right before my eyes!” Other people felt similarly about the singer. “We are witnessing her story,” someone said.

Many have noted Madonna’s many hints at bisexuality throughout her career, with some pointing to the 1990 music video for “Justify My Love,” in which she kisses both men and women, as the first such instance. Her 1990 coffee table book, “Sex,” which featured both nude and gay/lesbian sexual imagery, was also a celebration of sex and sexuality.

The singer has a son, Rocco Ritchie, 22, from her marriages to Sean Penn and Guy Ritchie. She also has a 25-year-old daughter, Lourdes Leon, with actor Carlos Leon. David Banda, 17, Mercy James, 16, and Stella and Estere Ciccone, twins, age 10, are her adopted children. Raising Malawi is a nonprofit organization she established to fund the construction of a children’s hospital and the provision of health care and education in Malawi, the birthplace of her adopted children.

She has won seven Grammys out of a total of fourteen nominations. The best actress award for “Evita” in 1997 and the best song award for “Masterpiece” in 2012 are just two of the seven Golden Globes she has won for her acting career. 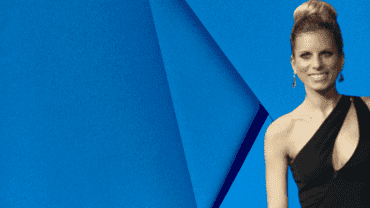