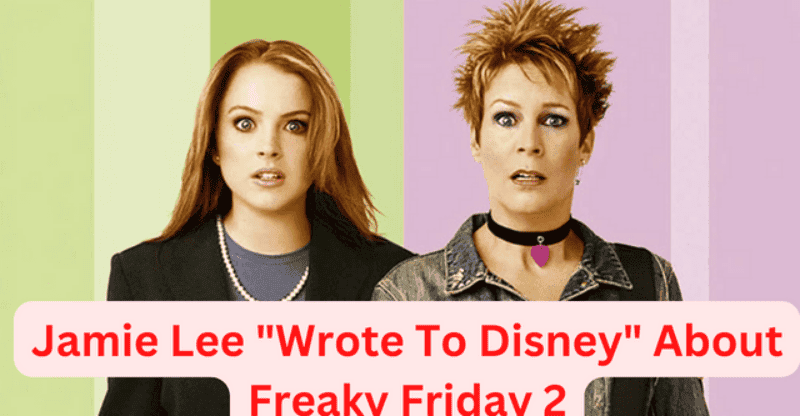 Jamie Lee Curtis has been communicating with Disney via letters regarding the potential for a Freaky Friday 2 movie. Disney turned Mary Rodgers’ rather obscure children’s book Freaky Friday into a comedy movie starring Jodie Foster and Barbara Harris in 1976.

The movie was immediately regarded as a classic and received three Golden Globe nominations. The protagonist is a woman who disagrees with her teenage daughter and thinks the other has a better life. The two of them actually switch bodies on Friday the 13th, as the title suggests, and must figuratively put themselves in each other’s shoes to get to know one another better.

Despite being a one-off, Freaky Friday remained one of Disney’s well-known IPs. A television movie remake was made in 1995, and a theatrical remake, starring Jamie Lee Curtis and Lindsay Lohan, was released in 2003. Based on the 2016 musical production, a Disney Channel Original Movie remake was created in 2018.

Despite this, the performances of the two leads in the 2003 version are what make it the most memorable of all. In addition to praising Freaky Friday, Curtis has made it clear that he would like to work with Lohan to continue making the movie.

Curtis elaborates on her desire to resurrect her Tess (and Anna) Coleman character on The View while speaking with Lohan. The soon-to-be 64-year-old, who established a positive working relationship with Disney while playing Madame Leota in the upcoming Haunted Mansion remake, humorously raises her desire to return to the role by stating bluntly that she is open to anything creatively. Curtis acknowledges:

The Positive Impact of Jamie Lee Curtis on Freaky Friday 2

Halloween, which established Curtis as the Scream Queen, marked her as a breakout star. She gradually began to branch out into other film projects and genres, establishing herself as a legendary performer in her own right.

Curtis has continued to indicate a desire to work on smaller projects, and her enthusiasm for Freaky Friday 2 demonstrates her dedication to the movie. She is taking Freaky Friday 2 very seriously, as evidenced by the fact that she is openly discussing the idea of a sequel and has approached Disney about it.

Related: Julia Roberts says her marriage to Danny Moder and life with kids are a “dream”

Ticket to Paradise Reviews: There Will Be No Spoilers in This Review.

Kidnapping in California left 4 people dead, including a baby of Indian descent

It also implies that such a thing might actually occur; if Curtis can convince Lohan to support the project, Disney might agree.

Fans of the first movie will be happy to hear that Curtis and Disney have discussed Freaky Friday 2. From the recently released Hocus Pocus 2 to the upcoming Sister Act 3, Disney has recently shown a greater willingness to create more content based on classic IPs.

These big-budget movies also have the added advantage of bringing back actors and letting them give their roles new life. The faithfulness of Curtis and his plot suggestions also demonstrate that there is more to be revealed in the absurd and humorous account of a mother and daughter’s extraordinarily unusual day, and he offers original suggestions for what else is in store for them.