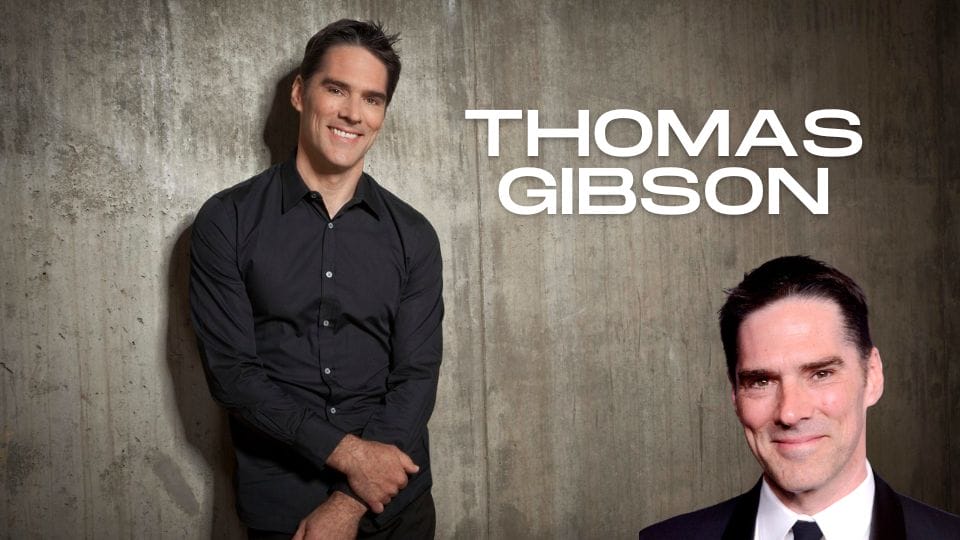 Thomas Gibson, an American actor, and director with a lot of fame played Aaron Hotchner (Hotch) for 11 seasons on the CBS TV show Criminal Minds. But Gibson hasn’t been seen on the crime drama show since a short time in season 12. This has left fans wondering what happened to him.

Read on to find out what really happened to Gibson and why he stopped appearing on the show where he had been for so long.

It is rare for the same actors to be in a long-running series from the beginning to the end. Sometimes actors leave to work on other projects, or their fate is decided by the writers and producers. 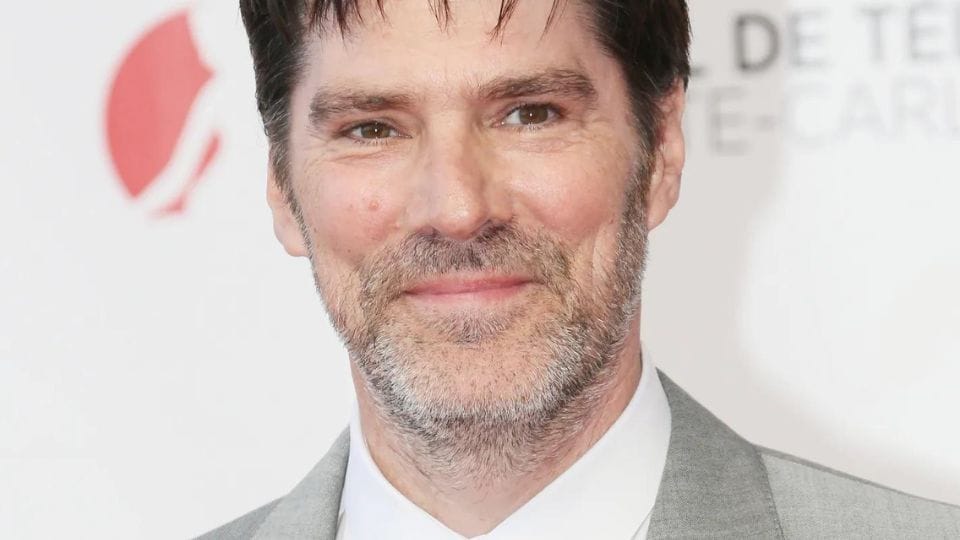 Gibson was born to Charles M. “Mac” Gibson and Beth Gibson in Charleston, South Carolina. His mother was a social worker, while his father was a lawyer and liberal Democrat who served in the state Senate and House of South Carolina. He goes to church.

Gibson was young when he first became interested in the arts. Gibson liked Louis Armstrong a lot. He and his sister were on the same swim team, and after swim meets, they often went to a pizza place. Gibson would sing with a Dixieland band at this pizza place, even trying to sound like Louis Armstrong when he did so.

Gibson went to Little Theater School as a child and went on to graduate from Bishop England High School. Then, from 1979 to 1981, he went to the College of Charleston and worked as an intern at the Alabama Shakespeare Festival.

There, people told him to apply to the Juilliard School. After a year and a half at Charleston, Gibson gained a scholarship to Juilliard’s Drama Division (Group 14: 1981-1985), where he earned a Bachelor of Fine Arts degree in 1985.

Gibson lives in the Texas city of San Antonio. His son, Travis Carter, played a friend of a kidnapped child in the fifth episode of Season 10 of Criminal Minds, “Boxed In.” Gibson and his wife Christine split up in 2011, and in 2014, Gibson filed for a divorce. On February 14, 2018, the divorce was final. 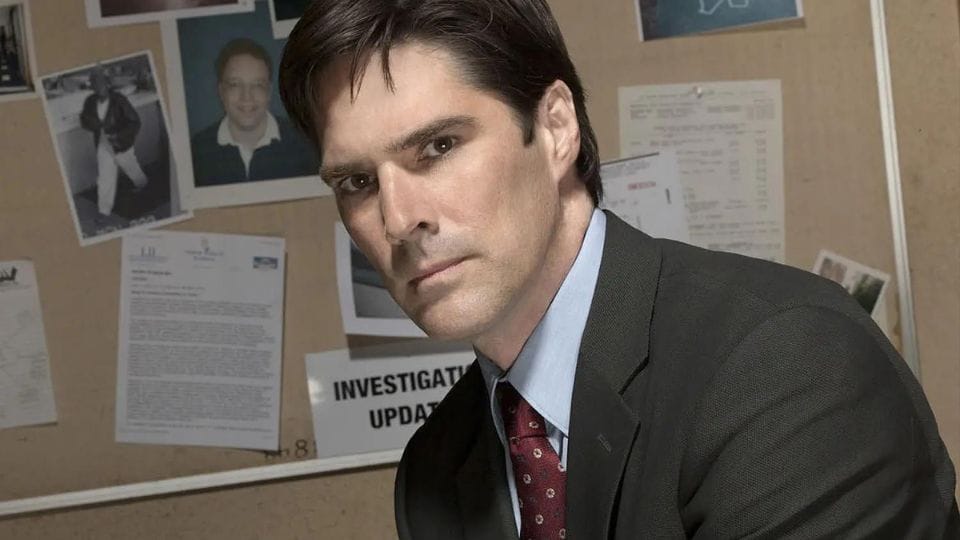 What Happened to Thomas Gibson?

The team behind the CBS crime drama tried to change the story by saying that Hotch is on a “special assignment,” but the truth is that Gibson was fired from the show because of his behavior on set.

“Thomas Gibson has been fired from Criminal Minds,” said a statement from CBS studios. Details about how the character’s departure will be handled on the show will be revealed at a later time.”

In August 2016, while Thomas Gibson was directing an episode of Criminal Minds, he got into a loud fight with Virgil Williams, who writes for and produces the show. In a fit of anger, he kicked Williams, which got him suspended for a few episodes.

A few years ago, Gibson got into a fight with the set’s producer, and he pushed him. At that time, he wasn’t suspended, but he did have to go to anger management classes.

In an interview, Gibson said, “We were filming a scene late at night when I went to Virgil and told him I thought a line contradicted a line that had already been saying. He walked into that room and began to move toward me.

As he walked by me, I moved my foot up and hit him on the leg. He would have run into me if I hadn’t moved. We had a few choice words, for which I apologized the next day, and that was it.”

One report said that Gibson had problems with Shemar Moore, who played agent Derek Morgan and also worked with Gibson. Moore was always late to work, which caused problems between him and the other actors.

Gibson was a very successful TV actor before he joined Criminal Minds. From 1994 to 2000, he played Daniel Nyland on the show Chicago Hope, and from 1997 to 2002, he played Greg Montgomery on the show Dharma & Greg on ABC.

What Was Thomas Gibson Doing After He Left Criminal Minds?

Gibson’s career has been pretty quiet since he left the show quickly and without warning. In 2017, he was in the movie Axis, which was directed by his co-star on Criminal Minds, Aisha Taylor.

He played the head of an NSA counterterrorism unit on the TV show Shadow Wolves. Gibson was in the movie The Writer’s Bible as well.

Many people who really liked Criminal Minds hoped that Gibson would show up in the last episode. Even though Hotch did show up in the finale, it was in a flashback. There was no new appearance, which made fans sad. 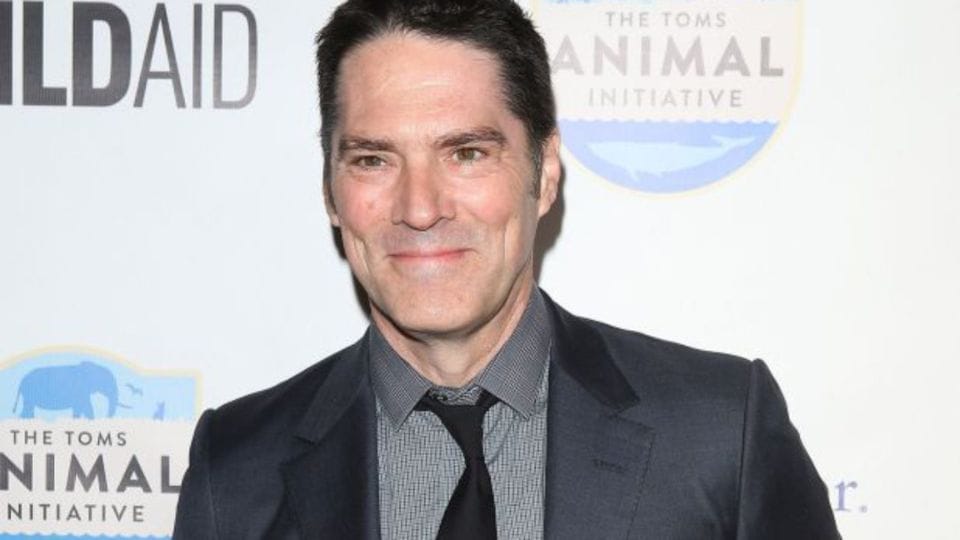 Since he left Criminal Minds, Thomas Gibson hasn’t had many roles.

In the 1997 sitcom “Dharma and Greg,” he played the main character, a straight-laced lawyer who marries a free-spirited yoga teacher (Jenna Elfman).

What is Thomas Gibson’s Religion?

He goes to church. Gibson was young when he first became interested in the arts.

What is Thomas Gibson’s Net Worth?

Thomas Gibson’s net worth is $18 million. He is an actor, producer, and director from the United States.

Is Thomas Gibson a Juilliard Graduate?

He then went to the College of Charleston, where he spent a year and a half before winning a scholarship to the Drama Division of the prestigious Juilliard School. In 1985, he got his Bachelor of Fine Arts degree. He started acting when he was 10 years old and did children’s theatre.