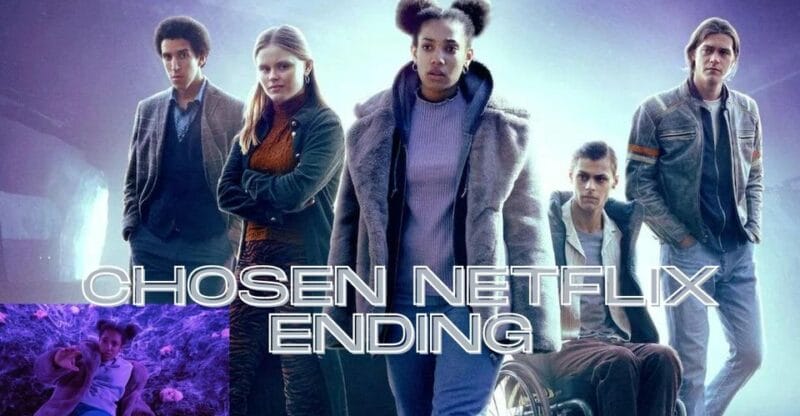 The show is both a teen drama and a sci-fi show. The story takes place in a made-up Danish town called Middelbo, where a meteor hit 17 years ago and made the town, which had been quiet before, famous.

Emma is a teenager who has trouble fitting in with the ways of her town. She is the main character who finds out what’s going on around her. “Chosen” tries to bring the best of both worlds together, but it makes the plot too complicated and leaves too many loose ends. 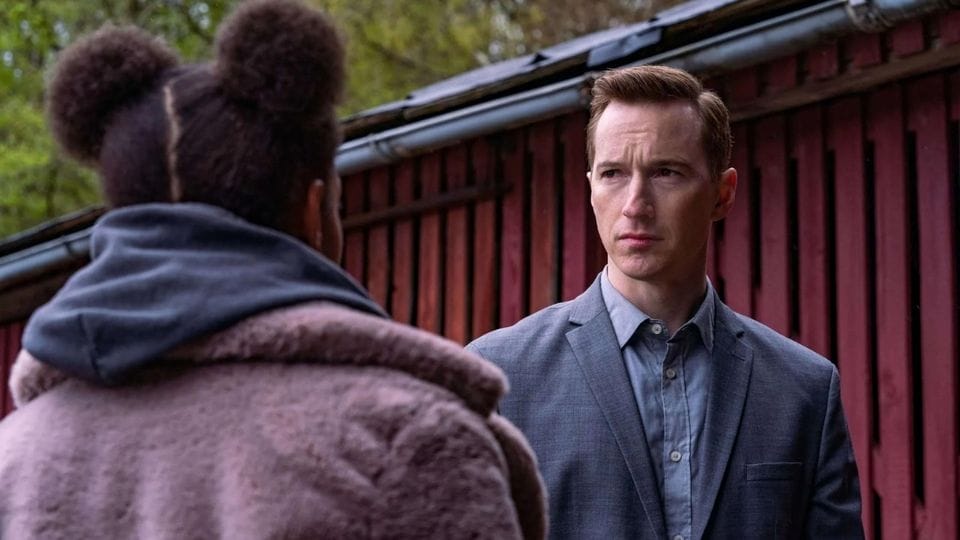 What is the Story About in “Chosen”?

The small town of Middelbo got a lot of attention when a meteor hit right next to Hussain’s grocery store. Hussain used the event as a chance to start a business and opened the Meteor Museum. At first, people from all over came to the town to see the strange event, but over time, it became a place where schools went on field trips. Emma worked at the museum as a tour guide.

She was in charge when a schoolboy shattered the meteor. Emma was surprised that touching a meteor wouldn’t damage it. Her vision of her community and its inhabitants dimmed when she was ordered to keep her misgivings to herself.

She met teens who had similar reservations and were researching the meteor incident. They thought a spacecraft, not a meteor, impacted Earth 17 years ago. They needed evidence that aliens existed in their community.

Middleboro sent messages into space, which led to Damborg’s arrival. They arrived to construct ships and revive the port.

“Chosen” balances an extraterrestrial invasion with an adolescent narrative. It’s entertaining because of how wonderfully the young performers perform, but there are too many story flaws.

Hussain’s climb to fame and money was the show’s initial emphasis, but he becomes forgotten. “Chosen” didn’t indicate how aliens and humans liked Hussain.

Google play baes! Take a selfie of your reaction to #TheChosenMovie and tweet it @ us 😝 Who’s going to be like this? pic.twitter.com/gU5Rx4J2Q6

Details About the Ending Explanation of Chosen

Who is Real Emma?

Lukas helps Emma and protects her from the people sent to kill her by Astraeus. When Lukas finds out that Emma is hiding something, he asks her about it.

Emma says her mum is well-informed. Emma invites her parents to a restaurant to chat. Her mother isn’t there, however. Instead, a middle-aged guy talks to her.

He explains how she got here and says she’s an extraterrestrial. She learns how her deceased biological mother met Lykke. Lykke was assigned to look after her until the planet’s battle finished.

Emma’s mother’s involvement in the mystery shocks her. Lykke and Susan discuss Emma’s overnight stay in the barn. They fear Emma will find out.

Emma feels misled to, so she tells her mother. Emma’s life is a lie, and she’s devastated. 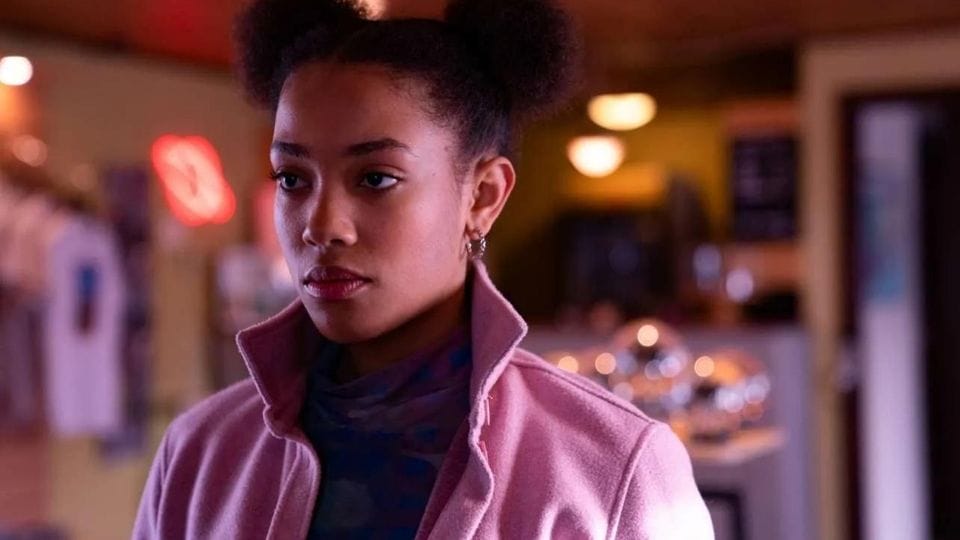 No one has seen Lukas in the warehouse. Instead, Emma’s boss from Astraeus and armed guards show up. Emma is caught, but as she walks away, people start falling from the roof.

Lukas, who is covered in blood and has left a trail of dead bodies in his wake, kills every man and woman he comes across. She sees Mads sitting in his car, scared, but she doesn’t care and gets back in the car with this mass murderer.

Thomas gets to the scene of the crime, where Mads is still shocked in his car. Thomas tells him to keep his mind on the game and gives him the job of looking for Emma. Frederik pretends to be Emma and tells him that Emma isn’t there when he calls. We find out that she is, though, and she talks him into helping her cover her tracks.

Frederik plays a stooge and tricks Mads, letting her run away to Mamma Thai’s restaurant. She sees Adrian there, and he agrees that Lykke used the “Mom veto.” 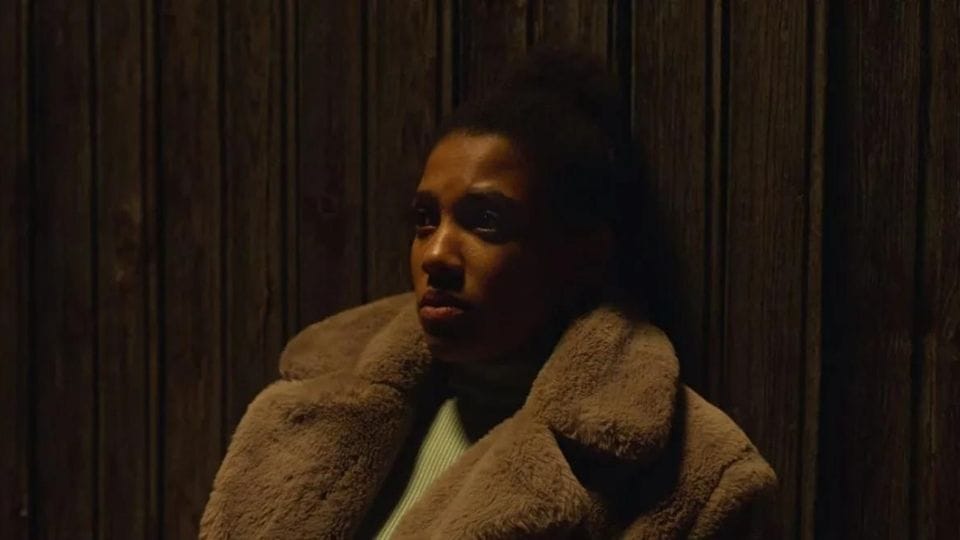 Emma goes to a place where she can see the spaceship and finds that she is not the only person in town. They were ready to go home, but as Emma got closer, the spaceship started to fall apart.

As she moves forward, Adrian tells her that there are more, and she needs to find them. The sphere breaks apart right away, and when Lukas gets there, he snaps Adrian’s neck.

As Emma runs away, the sky turns purple, and she ends up in the same strange place where she met Adrian.

What Does Chosen’s Ending Mean?

Emma thought about her planet at the end of “Chosen,” the place she could finally call home. She probably made up the image of the spaceship and the people around it, which showed her how Lucas was killing her people and could have been the reason why the spaceship was destroyed.

What is the Netflix Show the Chosen About?

Netflix says that “The Chosen One” is a multilingual series that is in both Spanish and English. It’s about a 12-year-old boy who finds out he’s Jesus Christ and is meant to save the world. It is based on the Mark Millar and Peter Gross comic book series.

Is It Worth Watching Chosen on Netflix?

This show is trying its hardest, but it’s going in the wrong direction. This Danish import is a good mix of teen drama, spooky space secrets, and a “gang solves a mystery” plot similar to Scooby Doo. It has a fresh feel and interesting puzzles. 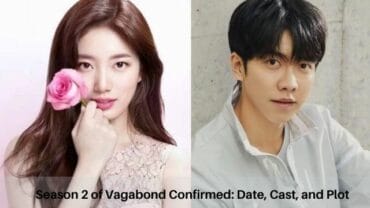