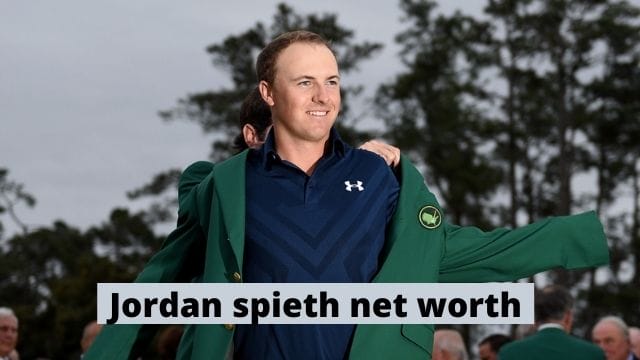 Jordan Spieth Net Worth: He was born in Dallas, Texas on June 27, 1993, and attended St. Monica’s Catholic School and Jesuit College Prep. Academics, on the other hand, were plainly not where his actual talent could be found.

Jordan was only the second player in history to win the US Junior Amateur event in both 2009 and 2011. (Tiger Woods was the first). He was ranked as the world’s top PGA Junior golfer in July 2011, when he was only 17 years old.

He went to the University of Texas, where he was an All-American and won the NCAA golf championship as a freshman. He began playing on the PGA Tour in 2012, halfway through his sophomore year of college.

In January 2013, he signed a sponsorship deal with Under Armour, and in March, he signed a deal with BioSteel Sports Supplements. Jordan was named PGA Rookie of the Year in 2013 and has subsequently started to rise up the golf ranks. 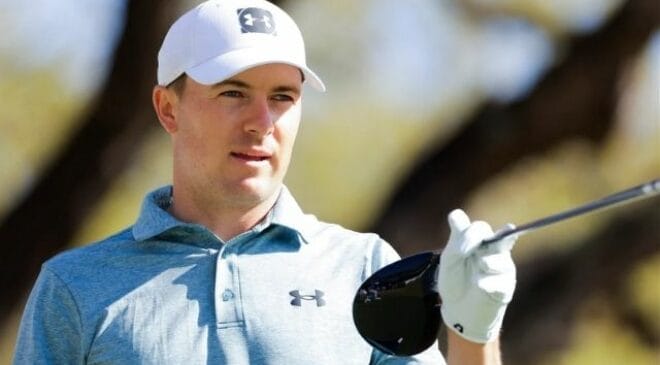 On March 15, 2015, he won the Valspar Championship, making him the third-youngest player in PGA Tour history to do it, trailing only Tiger Woods and Sergio Garcia. He set a 36-hole record at The Masters in April 2015 and won the US Open with a final total of 5 under par the following year.

He is the third-youngest player in PGA Tour history to win multiple championships, after only Tiger Woods and Sergio Garcia, and is the youngest US Open winner since Bobby Jones in 1923.

Spieth won the US Junior Amateur in 2009 at Trump National Bedminster and in 2011 at Gold Mountain, joining Tiger Woods as the tournament’s only two-time winner. He was No. 1 in the AJGA Golf Rankings before turning 18 in July 2011, which promotes the finest junior golfers in the world.

In 2008 and 2009, he finished second in the Junior PGA Championship. In 2009, the American Junior Golf Association named him Rolex Junior Player of the Year. 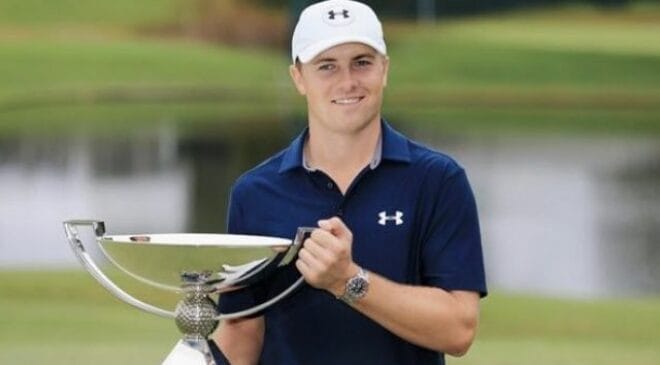 Spieth received an exemption to the 2010 HP Byron Nelson Championship. The event’s first amateur exemption since 1995. Trip Kuehne in 1995, Justin Leonard in 1996, and Tiger Woods in 1993 were all exempt. He made the cut, becoming the PGA Tour’s sixth-youngest player.

He was tied for seventh after the third round and tied for 16th overall. In 2011, he received another exemption and tied for the 32nd position.

Spieth studied golf at the University of Texas. In 2011, Spieth played in three of the four rounds of the Walker Cup, winning both singles matches and tying his foursome match.

As a freshman, he won three events and led the team in points. He was named All-Big 12, Freshman and Player of the Year, and a first-team All-American after leading his team to the NCAA title.

Spieth was the low amateur in the 2012 US Open when Brandt Snedeker withdrew.

After winning the US Open and becoming a professional, he climbed to the top of the World Amateur Golf Ranking.

Spieth is the son of Shawn and Christine Spieth, both of whom are Pennsylvania natives. Donald Spieth, his grandfather, teaches music at Moravian College and Northampton Community College in Bethlehem, Pennsylvania, and was a long-time conductor of the former Lehigh Valley Chamber Orchestra.

Jordan has two younger brothers and sisters, Steven and Ellie. Steven played collegiate basketball and was a member of the Dallas Mavericks NBA Summer League team in 2017. 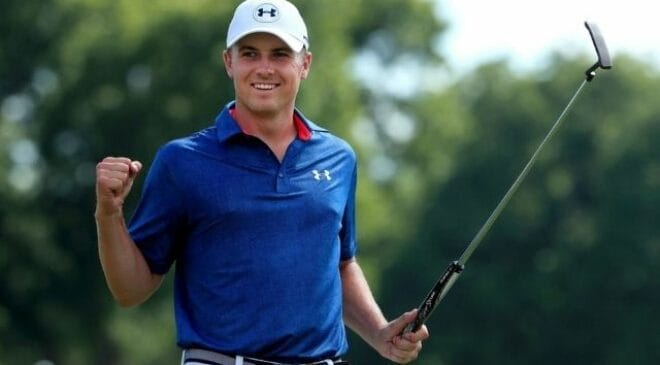 Jordan credits Ellie with “keeping him grounded and focused as well as keeping the game of golf in perspective” because she grew up with impairments. Spieth announced his engagement to long-term girlfriend Annie Verret on January 2, 2018.

In November 2018, the couple married in Dallas. Spieth is a devout Catholic. He goes to the PGA Bible Study. Spieth announced on September 3, 2021, that he and his wife, Annie, were expecting their first child in November. Sammy, their son, was born on November 14, 2021.

Net Worth of Jordan Spieth in 2022

Jordan Spieth is worth approximately $110 million, according to Celebrity Net Worth. The American has earned approximately $42 million in tournament prize money, making him the 18th highest-paid golfer of all time.

How Much Does Jordan Spieth’s Caddy Make?

He was named to Time Magazine’s list of the 100 Most Influential People in the World in 2003. Spieth is frequently compared to the renowned golfer Tiger Woods, and with good reason.