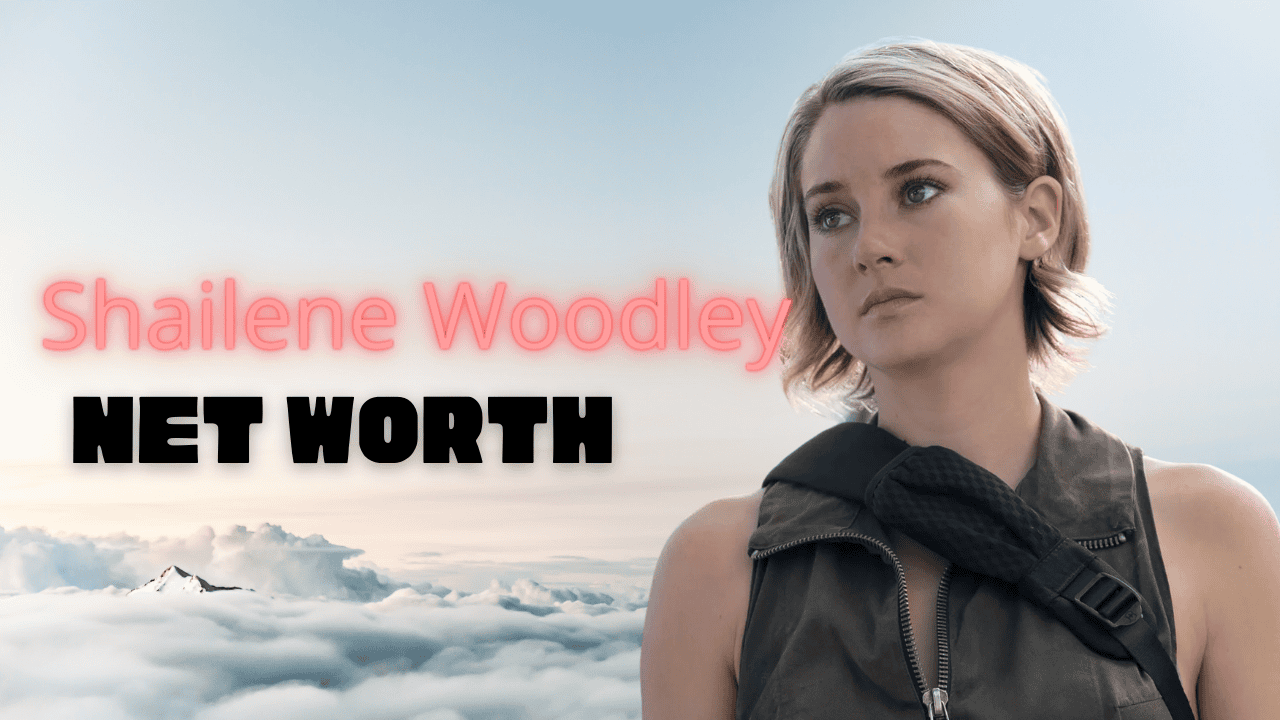 Shailene Woodley Net Worth: Are Rodgers and Woodley Still Dating?

Shailene Woodley began her professional acting career in 1999 on television, where she rose to play the lead in “The Secret Life of the American Teenager.” She initially appeared on the big screen in 2011. It was her role in the “Divergent” movie that made her a star. Today the Shailene Woodley Net Worth stands at $12 million. Let’s find out what brought her this far.

Shailene Dianne Woodley was born in San Bernardino, California, on November 15, 1991. She grew up in Simi Valley where she spent the majority of her early childhood years.

Her mum worked as a school counselor, while her father was a school principal. Shailene’s younger brother grew up in Upland, California.

She began modeling at the age of four and went on to study under Anthony Meindl, an American director, screenwriter, film writer, author, founder, and creative director of Anthony Meindl’s Actor’s Workshop.

Shailene was diagnosed with scoliosis at the age of 15 and was fitted with a chest-to-hip brace to keep her spine from further bending.

“The Secret Life of the American Teenager” on ABC Family in 2008 gave Woodley her big break. From 2008 through 2013, she played Amy Juergens, a 15-year-old girl who discovers she is pregnant. For the role, Woodley received a number of Teen Choice Award nominations. Viewers loved the show, and Woodley was frequently lauded in the show’s reviews. Over the course of its five-season run and 121 episodes, “Secret Life of the American Teenager” was one of ABC Family’s most popular shows.

For her film debut in 2011, Woodley co-starred with George Clooney as Matt King in the critically-acclaimed picture “The Descendants.” Shailene played Alex, King’s eldest daughter. For her work in the film, she was nominated for a Golden Globe Award for Best Supporting Actress in a Motion Picture. The Independent Spirit Award for Best Supporting Actress was also given to her. 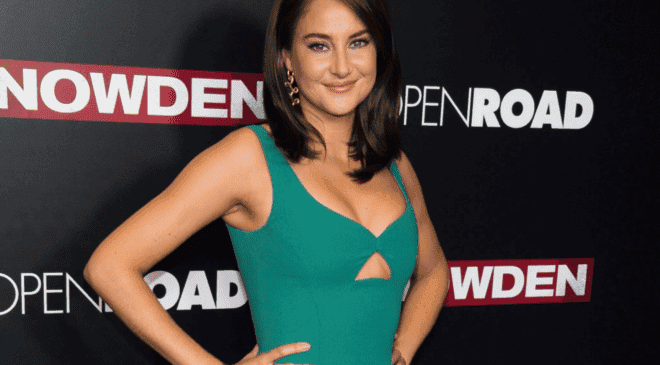 “White Bird in a Blizzard,” which Woodley co-starred in with Miles Teller, helped her get the role of Tris Prior in “Divergent” series film adaptation. The first film debuted at the top of the box office in 2014.

The Fault in Our Stars, based on John Green’s novel of the same name, stars Woodley as 16-year-old cancer patient Hazel Grace Lancaster. Woodley’s performance was universally praised, and the picture made more than $307 million at the box office. As a result of this role, Woodley was honored with the Hollywood Film Award for Hollywood Breakthrough Performance.

The peak of Shailene Woodley’s Career

Woodley played the role of Tris in”The Divergent Series: Insurgent,” which came out in 2015. They earned $295.2 million worldwide for the second season of the series. Next, in Oliver Stone’s “Snowden,” Woodley co-starred with Joseph Gordon-Levitt.

Later that year, in “Divergent: Allegiant,” she returned to her role as Tris once more. After a brief hiatus, this was her return to television. She will be playing sexual abuse survivor Jane Chapman on HBO’s “Big Little Lies,” based on a novel.

Shailene was nominated for an Emmy and a Golden Globe Award for Best Supporting Actress in a Limited Series for her performance in the show. Baltasar Kormakur directed and starred in Woodley’s 2018 film, “Adrift.” She won the Rising Star Award at the 2018 Deauville Film Festival for her work as a stranded sea sailor Tami Oldham Ashcraft.

Earlier this year, Woodley appeared in the romance drama “Endings, Beginnings” starring Sebastian Stan and Jamie Dornan. While working in Mallorca, Spain in mid-October of that year, she started filming “The Last Letter from Your Lover.” She joined the cast of “Prisoner 760,” which also includes Jodie Foster and Benedict Cumberbatch, in November this year. ‘Girl Named Sue,’ starring Woodley, was also in the works. She will appear in a number of future projects, including Mistyrope, After Exile, Arkie, and No Baggage, which are all now in pre-production.

Net Worth of Shailene Woodley

The Shailene Woodley net worth stands at $12 million. For her part in the film adaptation of John Green’s best-selling novel, “The Fault in Our Stars,” she is widely recognized.

To begin with, she inked a six-year deal to appear in “The Secret Life of the American Teenager,” which aired from 2008 to 2013. Amy Juergens, a 15-year-old girl played by Woodley, learns she is pregnant and the effect it has on her and the people around her in ABC Family’s most popular show.

As a committed environmentalist and climate activist, Woodley is a force to be reckoned with. All It Takes is a non-profit organization she and her mother founded. The goal of it is to help young people cultivate empathy, compassion, responsibility, and purpose. They can make a positive impact on themselves and the world around them.

In 2018, Woodley revealed her relationship with Australian-Fijian rugby player Ben Volavola. In 2020, it ceased. On February 22, 2019, she announced her engagement to NFL quarterback Aaron Rodgers.

Aaron and Shailene have yet to confirm or deny speculations that they have formally called it quits since their split initially made the news. The Divergent actress’s ex-boyfriend, Aaron, has hinted at their continued relationship on social media and in interviews. 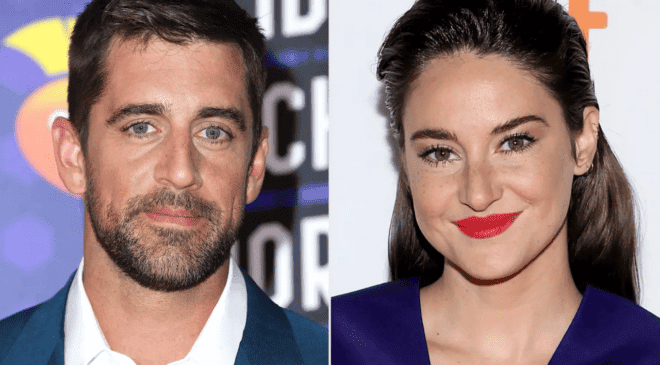 After two years of dating Shailene, the NFL MVP said, “I have been with you two years, won two MVPs—not that’s a coincidence either,”. This was during an interview with the Pat McAfee Show on February 22, 2022. He described her as an “amazing woman, incredibly educated, kind,”. He also added, she “taught me what unconditional love looks like and that’s a fantastic gift.”

To paraphrase what he said later in the interview: “When your home life is secure and you have an incredible spouse to do life with, you just make work-life a bonus, and it changes your viewpoint because you’re not able to look at your job as, like, like a shelter.”

Aaron posted a lengthy “I love you” message to Shailene on Instagram just days before the interview. The first few months after we met, Aaron wrote, “Thanks for letting me chase you and ultimately letting me catch up to you and be an integral part of your life.” You have shown me what unconditional love is all about, and I’m so glad for that. “I love you and am grateful for you,” says the narrator of this letter.

There have been no hints from Shailene concerning Aaron’s true relationship status. Regardless of whether they’re still dating or not, it appears that the two are on excellent terms.

Woodley’s net worth is estimated at $12 million at this point in time. In addition to film and brand endorsements, she makes $500 thousand every year. There were a few shows in which Shailene reprised her role like Insurgent in 2015.