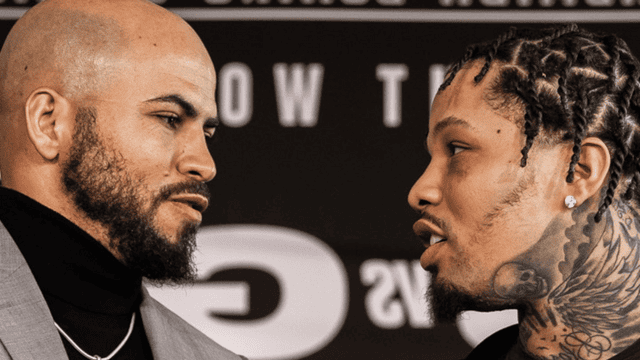 Know the Reason of Gervonata Arresting!

According to the Boxing Writers Association of America, Davis is the tenth-best active fighter in the world pound for pound as of June 2022. BoxRec has him as the best active lightweight in the world, ESPN has him at number three, while the Transnational Boxing Rankings Board and The Ring magazine both have him at number five. Davis has a 93% knockout percentage, making him one of the most successful boxers of all time.

According to court records, on Tuesday afternoon, Baltimore boxer Gervonta Davis was arrested in South Florida on a domestic violence allegation of battery causing bodily damage. Broward County Sheriff’s Office records show that 28-year-old Davis was freed from a downtown Fort Lauderdale jail at 1:40 p.m. on Wednesday after posting a $1,000 surety bail.

According to an incident report filed by the Broward County Sheriff’s Office, Davis is suspected of slapping a woman on the right side of her head at his Parkland, Florida, residence, leaving her with a tiny abrasion on the inside of her lip.

The 911 call connected to Gervonta Davis domestic violence arrest from the victim. “He attacked me in front of the kids”. pic.twitter.com/0XIpbLI6Ri

On Wednesday, Davis sent a lengthy message disputing the claim against him and expressing a desire to defend his name on Instagram, which he later deleted. “I AM NOT A MONSTER,” he penned. In other words, “I’VE BEEN SILENT FOR TOO LONG.”

In Florida, a person who commits the misdemeanor offense of battery that results in bodily harm faces up to a year in jail, 12 months of probation, and a $1,000 fine. On Wednesday, a spokesman for the boxer declined to comment. Davis has been training in South Florida for his next bout against Hector Luis Garcia on January 7 in Washington.

After a judge in Baltimore rejected a plea deal that would have allowed the boxer to escape jail time, the boxer’s trial on hit-and-run charges is set to begin on February 16.

911 Call From Gervonta Davis Most Recent Domestic Violence Arrest Has Been Released
“Please Help Me, He’s Gonna Kill Me”💔📞 pic.twitter.com/OdgdvNKjOf

The lawsuit against Davis, in which he was accused of assaulting his daughter’s mother at a charity basketball game in February 2020, was dismissed by a court in Miami-Dade County earlier this month. According to records from Miami-Dade County, the case was marked as nolle prosequi, which means that the prosecution decided not to press charges.

The latest accusation against Davis (27-0, 25 KOs) has not yet determined if he will be able to headline the Showtime pay-per-view card on January 7 against Garcia at Washington’s Capital One Arena. As such, Davis will use that battle as preparation for his spring showdown with Ryan Garcia, widely believed to be the biggest of his career. On Wednesday after work, a representative from Showtime Sports declined to provide an interview.