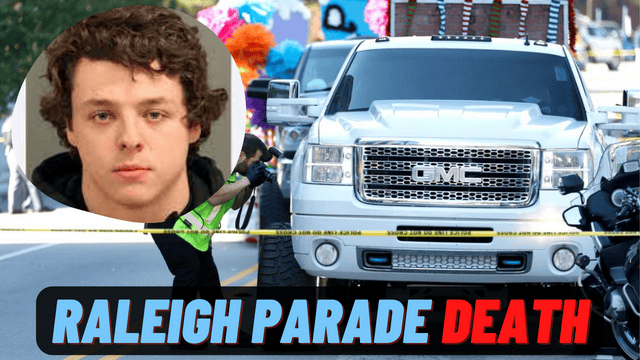 The mayor of Raleigh, North Carolina, Mary-Ann Baldwin, said that a young girl who was hit by a truck during a parade on Saturday has died.

Near the North Carolina State Capitol, a lot of people were watching the Raleigh Christmas Parade when a white truck pulling a float began to move. A CNN affiliate, WTVD, had a video that seemed to show people running away. But, WTVD says, the truck hit a young girl.

“We are saddened by the death of the young girl who died today at the Raleigh Christmas Parade. Baldwin said in a tweet, “Her family, friends, and the dancers from CC & Co. are in our prayers.”

Our hearts are heavy as we mourn the loss of the young girl who lost her life today at the Raleigh Christmas Parade. Our prayers are with her family, friends and the dancers from CC & Co. The community is here for you as we try to understand and process this shared tragedy.

The Raleigh Police Department said in a press release that the truck pulling the parade float was driven by Landen Christopher Glass, who is 20 years old. The release says that Glass was arrested and is being charged with misdemeanor death by motor vehicle, unsafe movement, and carrying a gun in a parade.

According to the Wake County Sheriff’s Office’s online records, he is currently being held at the Wake County Detention Center on a $4,000 bond and is scheduled to appear in court on Monday. Whether or not Glass has legal representation is unknown.

The Clash and Pil Guitarist Keith Levene’s Death Was Heart Breaking! He Died at 65

Gov. Roy Cooper of North Carolina tweeted his condolences, writing, “In a joyous season on what should be a happy day, we instead mourn for this family and their friends as we keep them in our prayers.”

Statement from Raleigh Police Department on today’s death at the Christmas Parade.

Multiple onlookers reported seeing the white truck skid to a stop. WTVD also reports that witnesses claim to have heard the driver yelling from the truck’s window that he was powerless to stop the vehicle. Two people in the truck were taken into custody by Raleigh police, who arrived at the scene and escorted the occupants away.

A few dancers from the CC & Co. troupe were on the float. 200 members of the dance group participated in the parade, some of them as young as five years old, according to WTVD.

The Raleigh Christmas Parade was canceled on Saturday morning after a tragic turn of events led to a girl’s death.

“As we write these words to you, we’re still in disbelief. The events of this morning have devastated us. The dance company wrote on Facebook, “We also know that many of our young people saw this tragedy, and that is hard to fathom as well.

According to WTVD, a police investigation is ongoing, and the incident has resulted in the cancellation of the remainder of the Raleigh Christmas Parade.

In order to learn more about the truck driver and the incident’s circumstances, CNN has contacted the Raleigh Police Department.