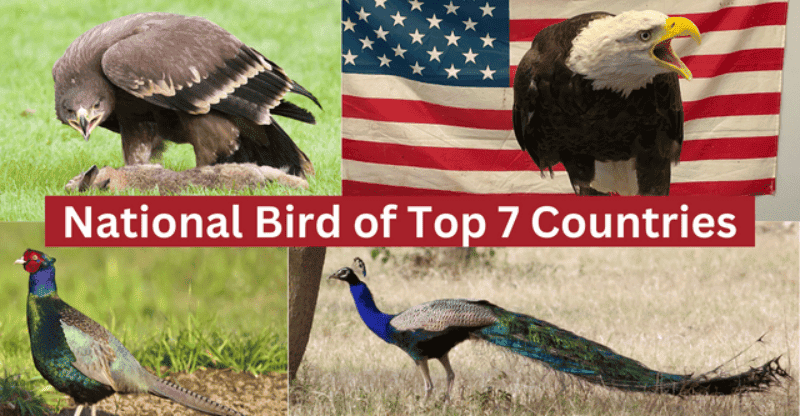 A country’s official bird is its national bird, and it has a meaning that represents the country and what it stands for. National birds are chosen carefully based on how common they are, how many of them there are, and how special they are. It is against the law to hunt these birds or hurt them in any way.

This article lists the national birds of different countries and shows beautiful pictures of them. 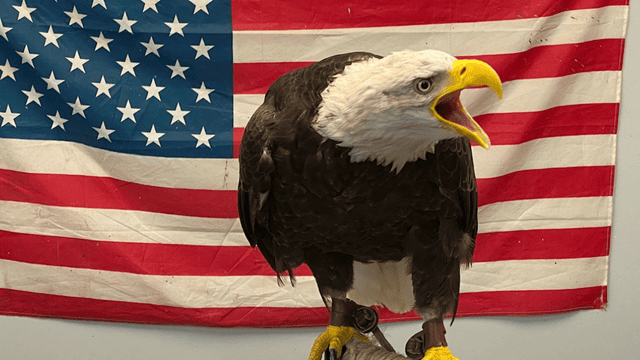 The bald eagle is a bird of prey that lives in North America. Its scientific name is Haliaeetus leucocephalus. The bald Eagle is a sea eagle with two known subspecies. It is related to the white-tailed eagle (Haliaeetus albicilla), which lives in the Palearctic and fills the same niche as the bald eagle.

The bold eagle lives in most of Canada and Alaska, all of the United States that are joined together, and northern Mexico. It lives near large bodies of open water with lots of food and old trees where it can build its nest. 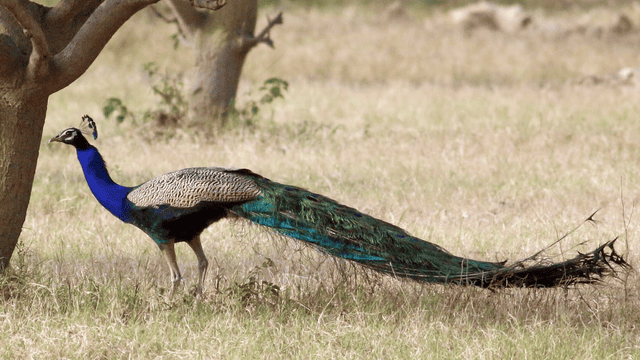 As its name suggests, the Indian peafowl is endemic to the Indian subcontinent. It is also known as the common peafowl and the blue peafowl. Many other nations now use it as well. However, peafowl of either sex is commonly referred to as “peacocks,” despite the fact that the term “peacock” is technically reserved for male peafowl.

Among birds, Indian peafowl is very dimorphic between the sexes. The peacock is a colorful bird with a long train consisting of extended upper-tail covert feathers that display colorful eyespots and a fan-shaped crest of blue feathers with spatula-tipped wire-like feathers. 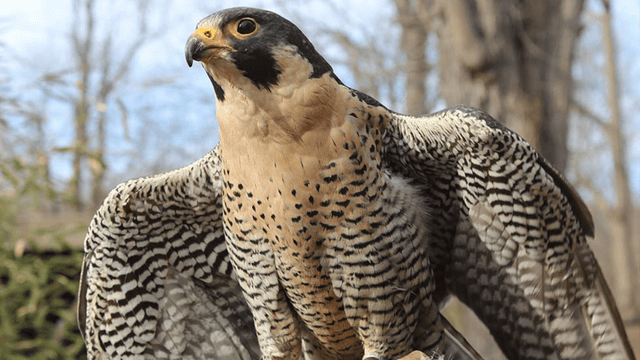 A worldwide raptor of the Falconidae family, the peregrine falcon (Falco peregrinus) is also known as the peregrine and was traditionally referred to as the duck hawk in North America. It has a black head, barred white underparts, and a huge falcon with a crow-sized body.

With a top speed of 320 km/h (200 mph) during its distinctive hunting stoop (high speed dive), the peregrine falcon is known for being the fastest animal on earth. The peregrine falcon’s top measured speed, according to a National Geographic TV documentary, is 389 km/h (242 mph).

Peregrine falcons are sexually dimorphic, with females being noticeably larger than males, as is common for bird-eating raptors. 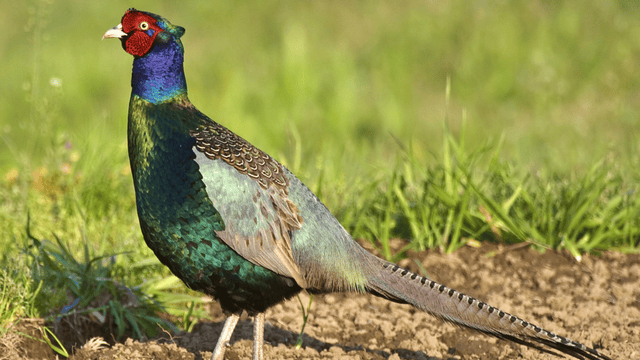 The green pheasant (Phasianus Versicolor), also called the Japanese green pheasant, is a bird that eats both plants and animals. It is endemic to the Japanese archipelago. Some taxonomists think it is a subspecies of Phasianus colchicus, the common pheasant. It is Japan’s national bird. 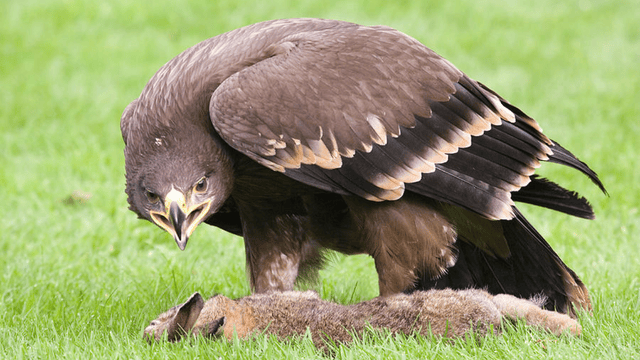 A big bird of prey, the steppe eagle (Aquila nipalensis) can be seen throughout the steppes of Asia and North America. It is classified with other eagles in the genus Accipiter and the family Accipitridae.

The well-feathered legs of the steppe eagle show that it belongs to the Aquilinae subfamily of eagles, also called the “booted eagles.” For a long time, it was assumed that this species was identical to the stationary tawny eagle (Aquila rapax), and the two were regarded to be the same species.

Separate morphological and anatomical differences led to their separation, but two genetic studies based on relatively few genes agree that the species are distinct but disagree on their degree of relatedness. 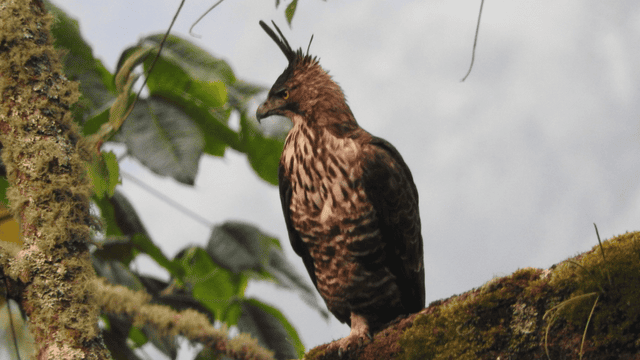 The medium-sized, dark-brown Javan hawk-eagle (Nisaetus Bartels) belongs to the Accipitridae family of raptors. It derives its name, Garuda, from the birds-like creatures in Hindu and Buddhist mythology, and is the national bird of Indonesia. The Bartels family made the discovery, and the scientific name honors them. 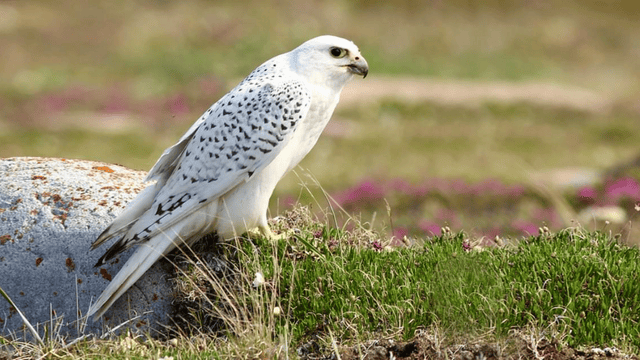 The gyrfalcon, the largest falcon species, is a predatory bird. Gyr is another abbreviation. It breeds on Arctic shores and tundra, as well as on northern North American islands and in the Eurosiberian region.

It is primarily a resident there as well, however, some gyrfalcons disperse more widely after the breeding season or throughout the winter. Individual vagrancy can transport birds over great distances.

Its plumage varies according to location, with birds ranging in color from all-white to dark brown. These color variations are known as morphs. It exhibits sexual dimorphism, as do other falcons, with the female being significantly larger than the male.

The gyrfalcon has been prized as a hunting bird for ages. Its typical prey includes ptarmigan and ducks, which it may capture in flight, as well as fish and animals. 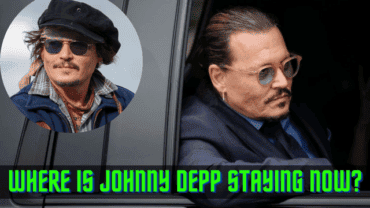