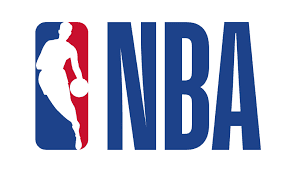 US sports streaming trends show us that NBS is still one of America’s leading and most watched sports. NBA 2021-2022 is finally coming out, and fans are super excited to meet their favorite team and support their favorite players. The regular sports game comprises 82 games per team and will be heading to the competition directly. One of the biggest basketball games is returning on TV, and fans are excited to watch it live.

The season will begin on October 19, 2021. The release date already brings huge hopes among the fans who have been waiting to see their teams for a long time. This match will be viewed as the awakening of the 75th Anniversary Season.

If you are a true NBA fan and can’t wait to hear the details, here is everything you need to know.

When and where to watch the NBA match?

If you are wondering where to watch the first NBA match of the season, don’t worry. On Friday, the NBA officially released the schedule of the game. People can watch the match on TNT, ABC, NBA TV, ESPN, and ESPN Radio. The game will be televised on the occasion of the 75TH Anniversary Season.

When and where can you watch NBA matches live streaming?

Here are the details for the upcoming matches.

This year, the NBA officially announced that the match will feature 75 classic matchups. These matches will be played to celebrate the teams, players, coaches, and all the precious and crucial game moments recorded over the last 75 years.

In November 2021, New York Knicks and Toronto Raptors will face each other for the first match. This will be the first match for the game that will mark a historical event. The final “classic matchup,” which will happen on January 7, between the Los Angeles Lakers and Atlanta Hawks.

The Lakers fans are super excited because it will mark the 50th anniversary of the game, where the Lakers beat the Hawks in the 33rd-straight win. This is still considered one of the longest winning streaks in the history of an NBA Match. The team’s fans eagerly hope to see it to remind them of their team’s dominance in the game.

NBA 2021-2022 is bringing back the legacy of the great basketball game worldwide. The fans of basketball have eagerly waiting for the game to happen. Fans can watch the match live on the NBA’s official streaming platform or on the channels named above. If you have any other queries, comment down below.