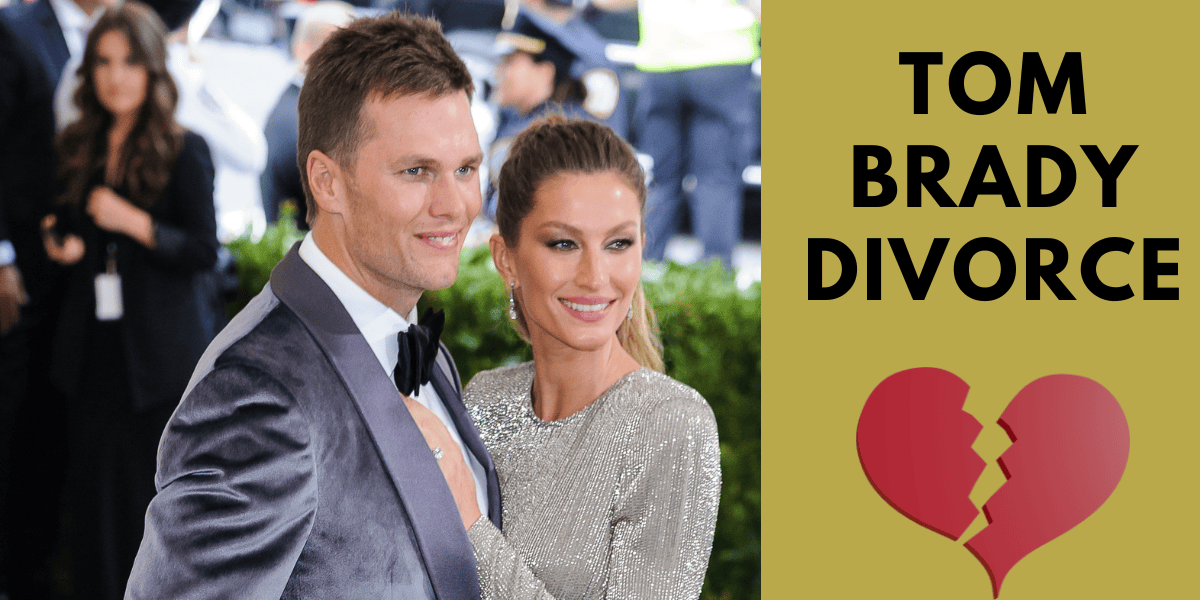 Tom Brady is now absent from the Tampa Bay Buccaneers for an extended period of time. Following a rumor that will appear in an upcoming issue of Life & Style, which claims that the NFL quarterback and his wife, Gisele Bündchen, are getting a divorce, this announcement has been made.

According to the article, when Brady said in February that he was retiring from the NFL, Bündchen “went wild” when she realized that Brady was going to return to the league. Is that really the case?

In addition to this, the insider reportedly informed Life & Style that she is finished trying to do everything for him because she put her life and career on hold so that he could succeed. Because he prioritizes himself before others, she has been forced to give up much too much. The insider claims that there are rumors going around that friends are talking that it could lead to divorce if he doesn’t take her warnings seriously.

Nevertheless, as Suggest pointed out, it’s possible that this information isn’t accurate. Recent events prompted Gisele Bündchen to take to Instagram in order to wish her husband a happy birthday. However, there are tabloids that have written articles in the past regarding the couple obtaining a divorce and published those articles. For example, in April, Life & Style published an article stating that Brady and Bündchen were engaged in a dispute regarding his comeback to the NFL.

Happy birthday to one of the most organised, self-controlled, and stylish people I know! I hope you have a wonderful day! Bündchen wrote in her recent Instagram picture. You are very loved, [Tom Brady], and we are always here rooting for you and wishing you the best of everything in life!

The question that needs to be answered, though, is why Brady is taking a sabbatical from the Buccaneers a month before the start of the season. The team’s head coach, Todd Bowles, stated that this was something that had been planned before training camp began.

Bowles offered this explanation: “This is something we discussed prior to the beginning of training camp.” We gave him this amount of time since he expressed interest in developing chemistry with the other players and attending a total of two weeks of training camp. 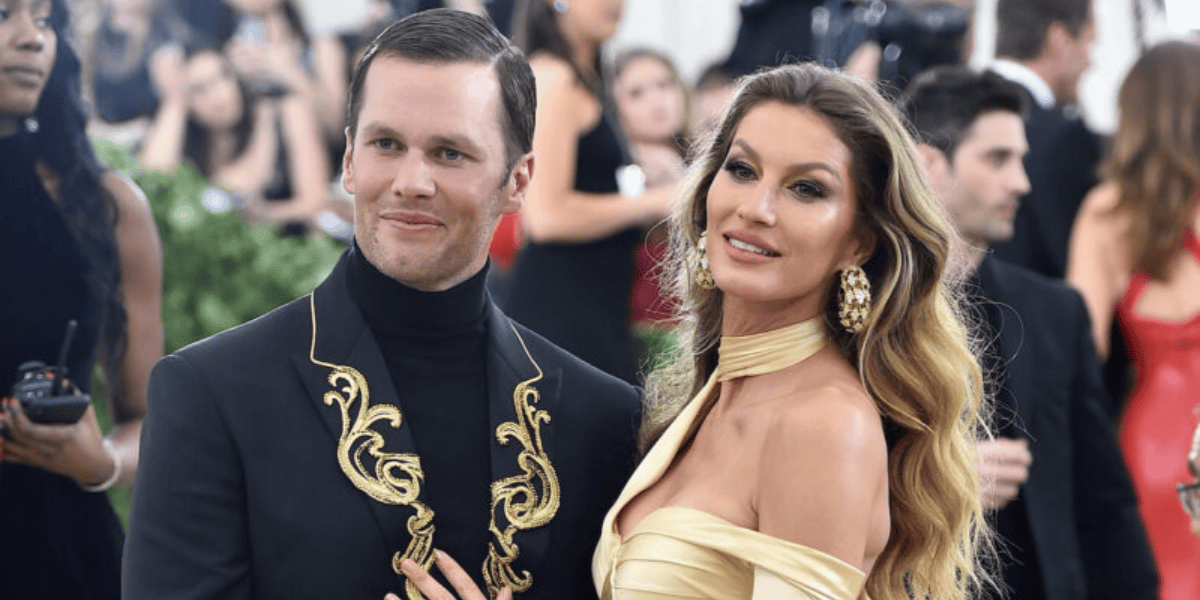 Because he knew he wouldn’t be playing in the first two games, he decided against taking repetitions away from Blaine and Kyle, in addition to Griff, before the next two games. It is something that he is responsible for taking care of. We trust him. We discussed it; the date was set a long time ago, well before training camp, and he will not be present until after the game in Tennessee. In February of 2009, Brady and Bündchen tied the knot, and they now have two children together: Benjamin and Vivian.

Tom Brady is a quarterback for the American football team the Patriots, in addition to being a spokesperson and businessman. As this article is being written, Tom Brady’s net worth is estimated to be $250 million.

This is a completely separate wealth from the one owned by his wife, the supermodel Gisele Bundchen, who is independently worth $400 million. Tom and Gisele have an estimated combined net worth of $650 million. With the New England Patriots, Brady has participated in a record nine Super Bowl games, winning six of them.

This is the most victories by any player in the history of the National Football League. Over the course of a decade, he has earned the Most Valuable Player title for the Super Bowl a record four times, in addition to three NFL MVP trophies.

Tom made the move to the Tampa Bay Buccaneers in 2020, leaving behind his lifelong affiliation with the New England Patriots. His contract with the Buccaneers is worth $50 million over the course of two years and may include $9 million in incentive bonuses. When Tom’s endorsements and salary are added together throughout the course of his career, he will have made well over $400 million by the time his contract expires.

On August 3, 1977, Tom Brady was born to a household of avid sports fans in San Mateo, California. It’s his parents’ fourth kid overall, and their only son. In addition to him, Nancy and Julie also have an elder sister named Maureen.

He came from a Catholic family. He and his family have long been avid fans of the San Francisco 49ers, and he grew up going to games with them. Joe Montana was a hero of his. As a child, he cheered for the Boston Celtics and the Los Angeles Lakers. While attending football camp at the College of San Mateo, he learned the fundamentals of the game from future NFL quarterback Tony Graziani.

When Brady was in high school in San Mateo, he attended Junipero Serra, where he participated in three sports: football, baseball, and basketball. As a junior, he took over as the starting quarterback for his high school’s varsity squad. When he was a senior in high school, he put up highlight reels to send to prospective universities. In addition, the Montreal Expos selected Brady in the 18th round of the 1995 Major League Baseball Draft. After much deliberation, Brady decided to sign with the University of Michigan to play college football.

Brady spent his first two years as a college student as the backup quarterback to future NFL quarterback Brian Griese. Brady had a hard time getting on the field. In the end, he was the team’s first choice for every game in 1998 and 1999. In his first year as the starting quarterback for the Wolverines, he broke the single-season record for throw attempts and set a new mark for completions.

Twenty of Michigan’s 25 wins came with Brady at the helm. Despite his stellar collegiate record, he was not a first-round draught pick. In the sixth round of the 2000 NFL draught, the New England Patriots selected Brady with pick number 199.

Brady is regarded as the biggest “steal” in NFL Draft history due to his late selection. He went on to become the team’s starting quarterback in his second season and remained with the Patriots for the next 20 seasons, setting an NFL record for seasons as a quarterback for one franchise. He is one of just two quarterbacks in history to win a Super Bowl in their debut year as a starter.

With a 30-11 postseason record, he is the all-time leader in playoff wins and appearances by an NFL player. Since 2011, Brady has guided the Patriots to an NFL-record eight consecutive AFC title games (and 13 overall). Brady has also been named to 14 Pro Bowls, tying the NFL record for the most selections.

Brady was suspended for the first four games of the 2016 season for his alleged involvement in the football-tampering controversy known as Deflategate. Brady and the Patriots went on to win two more Super Bowls.

Tom Brady announced his departure from the New England Patriots to the Tampa Bay Buccaneers in March 2020. While in Tampa, he apparently leases Derek Jeter’s opulent custom-built beachfront property for $70,000 per month.

Read More: The Divorce Between Jerry Hall and Rupert Murdoch Has Been Finalised!