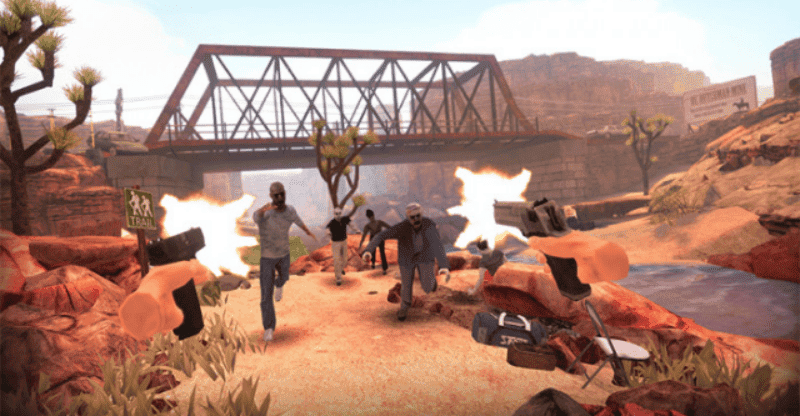 It’s a lot of fun to play games on the Oculus Quest 2 (which was rebranded to Meta Quest 2 in October 2019). You should, however, be playing the appropriate titles.

With so many options for the VR headset, we’ve compiled a list of the top ten Oculus/Meta Quest 2 games to play in 2022.

Check out the list of Best Oculus Quest 2 Games to Play in 2022 below:

Fishing is a popular pastime that can be enjoyed from the comfort of your own home, and Real VR Fishing lets you do just that. The Meta Quest 2 offers a unique take on this popular virtual reality title.

In this game, you may cast a line and reel in a variety of fish from many awe-inspiring locales in South Korea. Fishermen may also enjoy their favorite music or YouTube videos while they wait for their catch. This game’s visuals are far too lifelike.

Here are the ten finest Meta/Oculus Quest 2 games for 2022 that you should try out. When it comes to VR gaming, these headsets are an absolute must-have. You’ll find yourself hooked on your headphones in most of these games.

The Room VR: A Dark Matter is a puzzle-based game from the acclaimed puzzle series The Room that you can play on your Meta Quest 2. This mysterious game requires you to solve riddles while being stuck in various settings.

You can move about and interact with the things in your environment with the controls. This game also uses Quest 2’s fantastic direction audio technology and includes 3D sound effects. It’s a game worth checking out with your virtual reality headset.

The Climb 2 is ideal for those who are too lazy to go hiking yet have an Oculus Quest 2. In this sequel to The Climb, you must climb mountains and peaks in virtual reality. You must navigate your way via many maps and take in the sights from the summit.

The Climb 2 has updated graphics, gaming mechanics, and a fan-favorite endurance system. However, don’t expect it to be a simple title to master. You’ll have a hard time fulfilling your ambition of being a trekker or parkour performer while still having fun.

Beat Saber is one of Meta Quest 2’s most popular and addicting games. The goal of this game is for you to slash notes to a rhythm, avoid obstacles, and master an ever-growing selection of incredible music.

As you keep cutting down the notes, there are no wires to get in the way of you and the music. Even though the game seems easy to play, you can play it for hours without even realizing it.

One of the best VR games you can play on your Meta Quest 2 with a special Oculus Link cable is Half-Life: Alyx. If you’ve played the Half-Life games, you’ll know how to play, but the VR technology takes the mechanics to a whole new level.

There are outstanding elements like using a gravity glove to draw stuff towards you, hurling bottles at guards, and shooting down adversaries in first-person to get closer to obtaining the superweapon.

It takes place on a large map, with you and two teammates attempting to be the last ones remaining. The remainder of the game is quite similar to Fortnite. You must acquire supplies and defeat your opponents. Everything on the map can be climbed.

There’s a wide variety of weapons and your tactics will play a key role in the battles. The most notable feature is the vertical combat system which takes the VR gaming experience to a whole different level.

As a sci-fi RPG, Apex Construct may be played on both PC and consoles, and it has been upgraded for Quest 2. In this story-driven single-player survival game, you’ll use a cyber bow and a futuristic shield to fight against waves of robotic enemies.

You’ll learn more about what caused humanity’s demise as you take on the game’s many challenges. With a captivating plot, amazing visuals, and cutting-edge mechanics, it’s hard to look past this title.

8. The Walking Dead: Saints and Sinners

When it comes to VR zombie games, The Walking Dead: Saints and Sinners provides a stunning performance on the Oculus Quest 2. In terms of visual design and user interface, it’s right up there with the greatest VR titles we’ve seen so far.

To live, you’ll have to fight your way through swarms of zombies and constantly try new things. It’s not limited to that, though. You’ll also have to scavenge among the ruins of New Orleans, find allies, and be the final ray of hope for the rest of mankind.

You must fight a horde of opponents and destroy them while wearing the VR headset and viewing horrible visuals. You’ll take on the role of Leon Scott Kennedy, a man on a quest to locate and rescue the daughter of the United States President.

A little harrowing town in Spain will be the destination of your investigation. When you meet up with Los Illuminados, the kidnappers of Ashley, things will get much more interesting.

Meta and Oculus Quest 2 owners should definitely check out Superhot VR, one of the coolest games available. Virtual reality’s Matrix simulator is brought to life in this spectacular shooter. You may freeze the world around you by remaining motionless in the midst of the flow of time. It’s easy to play, yet the activities will keep you engaged.

Slow-motion activities like ducking gunfire and hurling coffee cups in the Oculus Quest 2 are awe-inspiring. Higher resolution, richer texture, and a 90Hz refresh rate have been added to the headset version. 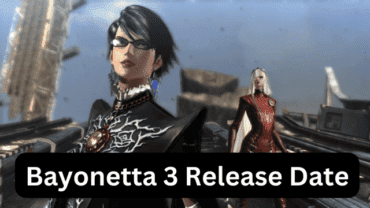