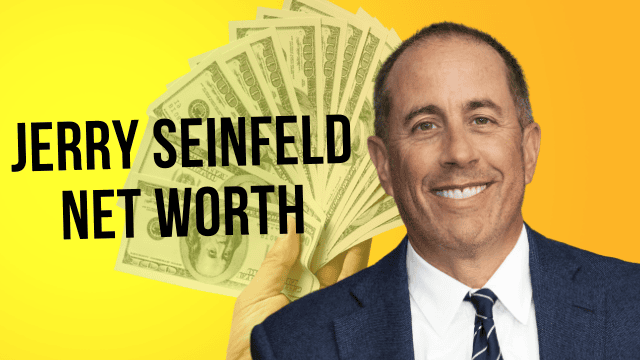 Jerry Seinfeld Net Worth: How Did He Become the Richest Comedian?

Jerry Seinfeld Net Worth: Jerome Allen Seinfeld is a stand-up comedian, actor, writer, and producer from the United States.

He is most known for co-creating and writing the comedy Seinfeld, in which he played a semi-fictionalized version of himself.

In this article, we will explore the net worth of Jerry Seinfeld.

Jerry Seinfeld was born in Brooklyn, New York, on April 29, 1954. He was born and raised in Massapequa, New York. Jerry spent two years at the State University of New York at Oswego.

He transferred to Queens College during his second year and received a degree in communications and drama. While at Queens College, he developed an interest in stand-up comedy and would occasionally perform at open-mic evenings.

Jerry worked as a stand-up comedian for nearly 15 years after college before striking it rich on television. He was a successful touring comedian when he made an appearance on The Tonight Show Starring Johnny Carson in May 1981.

Following this performance, he went on to appear on The Tonight Show and other late-night shows such as Late Night with David Letterman.

Seinfeld’s inspiration to become a stand-up comedian came from his involvement in several shows while he was in college.

He auditioned at different open mic events in New York City and was cast in the 1980 sitcom Benson, from which he was eventually fired. When Seinfeld first appeared on The Tonight Show in 1981, he soon became a household name. 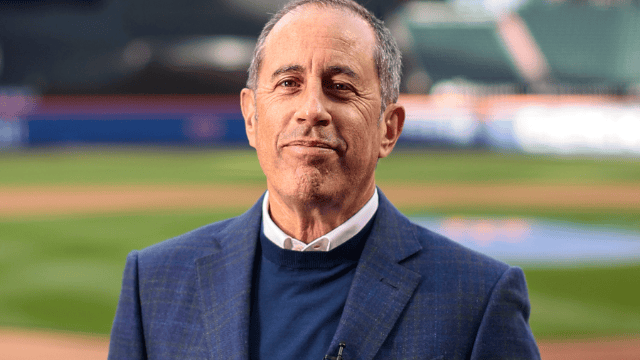 He and Larry David co-created The Seinfeld Chronicles in 1988, which was a great hit and is where most people first heard about Seinfeld. Jerry has since appeared in a number of different projects and has had a thriving stand-up comedy career.

Seinfeld’s continuous web series, “Comedians in Cars Getting Coffee” became a sensation on Crackle and Netflix in 2012, and he recently won a copyright dispute in which Plaintiff Christian Charles sued Seinfeld and others in 2018.

Jerry Seinfeld’s net worth is believed to be $950 million, making him the richest comedian on the planet.

Seinfeld got US$20,000 each episode in the first season of the show. Jerry earned a meager USD $100,000 for season 1, which lasted only five episodes.

Jerry’s profits were quadrupled to USD $40,000 per episode between seasons 2 and 3, bringing his total earnings to USD $3.5 million. He was paid a total of USD $9.4 million for the seventy episodes spanning seasons 4, 5, and 6.

Jerry Seinfeld effectively became the first television actor to earn $1 million per episode during the last season. Let’s break that down, shall we?

That’s USD $13,000 per line, according to CNBC, and with only twenty-four episodes in Season 9, the total earnings were USD $24 million. When all is said and done, Jerry received just under $60 million in salary from the program alone.

In 1998, though, NBC was desperate for Jerry to return for a tenth season. They reportedly offered him $100 million for twenty episodes, which works out to $5 million every episode, but the legend declined.

How Does Jerry Seinfeld Spend His Money?

Seinfeld is a resident of East Hampton. In the year 2000, he purchased the property from Billy Joel. The house was built for $32 million.

He has a $17,000 coffee machine in his magnificent home. When we discuss Seinfeld’s spending, we must mention his massive automobile collection. He has a 1964 Porsche 911, a 1964 Volkswagen Camper “EZ Camper” Conversion, a 1983 Porsche 959, and a 1959 Porsche RSK Spyder, among other automobiles.

His automotive collection is believed to be worth $50 million to $150 million. Seinfeld and his wife are equally dedicated to assisting charitable organizations across the world.

They’ve co-founded GOOD+, an organization whose purpose is to end family poverty by donating clothing to those in need. He has also established the Seinfeld Family Foundation to aid in the education and wellness of youngsters.

The Car Collection of Jerry Seinfeld

Jerry Seinfeld has roughly 150 cars in his collection, which is estimated to be worth between $50 and $150 million. He is one of the world’s largest private Porsche collectors, with over 45 Porsches. Jerry Porsche’s collection comprises the following:

Jerry and Jessica spent a total of $32 million over three deals in 2000 to put together a 12-acre seaside mansion in East Hampton, New York. Billy Joel was one of the top sellers.

They subsequently reportedly spent several million dollars on modifications, including the construction of a big new house on the property and the addition of a private baseball diamond in the back (Jerry is a massive Mets fan). A 22-car garage is included in the Hamptons home.

Manhattan: In 2005, the Seinfelds paid $4 million for a New York City townhouse. Their primary residence in New York is the entire 19th story of a skyscraper with a view of Central Park. He allegedly spent so much time renovating that Upper West Side co-op boards adopted new regulations prohibiting long-term renovations. It’s known as the “Seinfeld Law.”

Telluride: The couple purchased a 27-acre residence in Telluride, Colorado, for $7.55 million in 2007. They spent $2.3 million for a different 17-acre nearby property a year later.

They advertised the major property for $18.3 million in 2011. They took the listing down for several years before re-listing it for $14.95 million in March 2021. They also advertised the 17-acre adjacent property with a four-bedroom home for $2.775 million at the same time.

The primary 27-acre property was sold for $14 million in February 2022. Jerry invested $4.5 million in buying a warehouse near the Santa Monica airport in 2007, presumably to store cars he still owns on the West Coast.

Who is Jerry Seinfeld’s wife?

What is Jerry Seinfeld’s age?

What made Jerry Seinfeld so wealthy?

Jerry Seinfeld Made the Majority of His Money from His Show, as well as Royalties and Syndication Rights.

Diane Keaton Net Worth: How Much Money Did She Once Have?

Christopher Walken Net Worth: How Rich Is “The Man on Fire” Star?