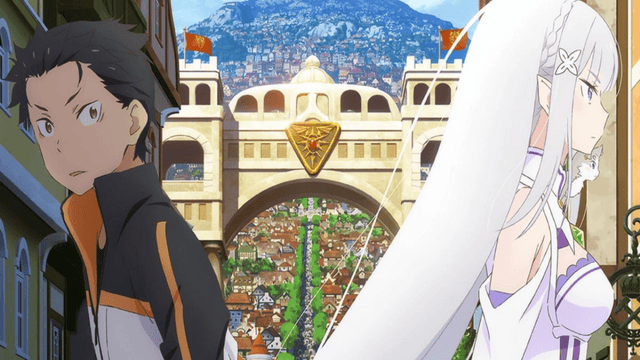 Re: Zero, short for “Re: Life in a Different World from Zero,” is a Japanese light novel series written by Tappei Nagatsuki and illustrated by Shin’ichir tsuka. Subaru Natsuki, a hikikomori on his way home from the convenience shop, is the protagonist of this novel. This story was first serialized on the website Shsetsuka ni Nara beginning in 2012. Under the MF Bunko J banner, Media Factory has released 32 light novels, 5 side story volumes, and 8 collections of short stories.

Three of the story arcs have been converted into manga. The debut, authored by Daichi Matsue, appeared in print between June 2014 and March 2015. Square Enix has been publishing the second installment, written by Makoto Fugetsu, since October 2014. In May 2015, Matsue released Media Factory’s third adaptation of his work. In addition, Media Factory has released two collections of manga featuring works by a variety of creators.

No announcements regarding the premiere of Season 3 of “Re: Zero” have been announced as of yet. The preceding season was delayed by the COVID-19 epidemic and was issued in two parts. Therefore, it’s difficult to predict when White Fox, the anime’s studio, will continue production on the adaptation. Some sites, like The Cinemaholic, speculate that the premiere could be delayed until 2025.

A producer of the show, Sho Tanaka, hinted at a third season in a 2020 interview with Crunchyroll, saying, “After you finish this season, you’ll all be begging for a third, I’m sure. Have some anticipation, thanks.” This means that fans of the popular Isekai anime “Re: Zero” should rest easy, as there is a significant likelihood that the show will return for a third season.

Here is the list of the Re: Zero Season 3 cast:-

White Fox still has a lot of “Re: Zero” to adapt, as Season 2 only adapted up to “Arc 4” of the original light novels (via Re: Zero Wiki). Recent episodes have focused on Subaru and Emilia’s efforts to break through a magical barrier and free the people of Sanctuary.

Subaru and his comrades in “Arc 5” battle to unite the Royal Election Camps in Watergate City to defeat the Witch Cultists who have taken control of the city. It is currently unknown if the anime will only adopt this arc, or if it will go further into the series.

However, Season 3 will undoubtedly contain many of the story components that make “Re: Zero” what it is. As Subaru’s Return By Death ability is shown to be both a boon and a bane time and time again throughout the series, we can expect “Re: Zero” to continue its longstanding heritage of cruelty and psychological anguish. Nonetheless, it’s likely that any additional information is being held back for the show’s (hopefully imminent) premiere.

As of September 2022, the light novel based on fan conjecture about Re: Zero Season 3 has 28 volumes. The first season of the anime adaptation focused on the first nine volumes of the series, and the second season covered volumes nine through fifteen.

Considering how much success the show has had since its inception, this increases the likelihood that Season 3 will be confirmed, and potentially more. As of September 2022, the series has a popularity rank of 23 on Myanimelist, making it the 292nd most popular anime series of all time.

With this information in hand, the third seems inevitable. The first season of the anime may be viewed on Crunchyroll, Funimation, and HBO Max. Check out the previous seasons before the announcement of Season 3!

Re: Zero is a light novel series written by Tappei Nagatsuki and illustrated by Shin’ichir tsuka. Media Factory has released 32 light novels, 5 side story volumes, and 8 collections of short stories. Three of the story arcs have been converted into manga. “Re: Zero” Season 3 has been rumored to be coming soon.

The anime is the 292nd most popular anime series of all time. As of September 2022, the light novel based on fan conjecture about Re: Zero Season 3 has 28 volumes.