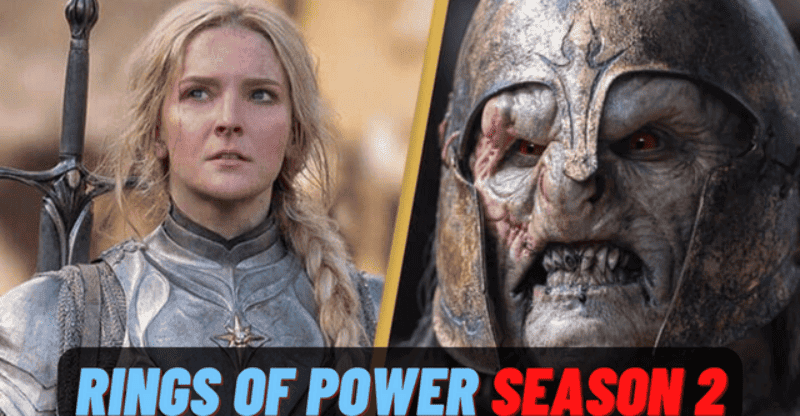 The first season of The Rings of Power came to a good end. Let’s just say that there was a lot in the finale. Sauron’s mask was taken off and Gandalf was shown, but they still had time to make some fancy jewelry to save the elves.

These rings are, of course, more than just pretty things. In fact, they play a big role in the stories of J.R.R. Tolkien, but they have a lot to deal with before they get there.

With Sauron back and his sights set on Middle-earth, a storm is definitely coming, but when will we get answers to the questions left by showrunners Patrick McKay and JD Payne?

Here’s what we know about season two of The Rings of Power.

There is no set premiere date for Season 2 of The Rings of Power, but production has begun. The show’s production kicked off in October of 2022 (in the UK, as shooting had to move there after the show left New Zealand).

Filming for the second season is not expected to take as long as it did on the first. Amazon Studios head Jennifer Salke has hinted at a quicker turnaround, and time is of the essence with the new season, so it’s a good thing that production has been relatively unaffected by COVID this time around.

Salke promised Variety, “We’re going to get that out into the world as soon as we can” (opens in new tab). “We’re after the shortest possible off-seasons without sacrificing quality, though. So, whatever it takes. The guys have been writing nonstop during their break because of the pressing need to get things done quickly. We’ve picked up the pace considerably.”

Nothing in the way of a trailer is forthcoming just yet. We apologize, but if that changes, we’ll be the first to let you know. Enjoy the brilliant season one trailer in its entirety in the meantime.

The Rings of Power season 2 cast – and new characters

The majority of the Rings of Power cast will return for the second season, though some of them may go by different names.

Galadriel, played by Morfydd Clark once more, will be making a return appearance. Likewise, Charlie Vickers will reprise his role as Sauron, the Southlander formerly known as Halbrand.

On the Elven side, we can look forward to the continued adventures of Elrond (Robert Aramayo), High King Gil-galad (Benjamin Walker), Celebrimbor (Charles Edwards), and Arondir (Ismael Cruz Cordova). The latter’s will he/won’t he romance with Bronwyn (Nazanin Boniadi) is likely to continue in a subsequent season. Assume that Theo (Tyroe Muhafidin) is also looking for Adar (Joseph Mawle).

However, it’s possible that the Harfoots’ trail will go cold. Nori (Markella Kavenagh) has abandoned her family and friends to travel with The Stranger/Gandalf (Daniel Weyman). They might run into each other again someday, but by then everyone will be focused on the next chapter of their adventure.

A spot has opened up at the top in Numenor. When we last see Miriel (Cynthia Addai-Robinson), she is grieving the loss of her father. Even if Elendil (Lloyd Owen) stays by her side, he may have to fend off Pharazon’s advances (Trystan Gravelle).

Also, the Dwarves aren’t off the hook! We hope to see Durin III (Owain Arthur) and Disa (Sophia Nomvete) return.

The Rings of Power season 2 plot

Season two promises to be spectacular. Nori and ‘The Stranger‘ are currently on their way to Rhûn in search of answers to his true identity. As if we don’t know.

Their adventure will undoubtedly introduce new characters to the franchise. A conflict with Sauron is undoubtedly on the horizon, but first, renegade daylight Uruk Adar must deal with this foe.

Sauron has arrived in Mordor, and the last time we saw Adar and his orc companions, they were celebrating after conquering and evicting the Southlanders. Those who weren’t maimed or burned to death by Mount Doom’s raging fire. Sauron discussed ruling Middle-earth with Galadriel, and what better place to begin than Mordor?

Galadriel, on the other hand, is still reeling from the revelation of Halbrand’s true identity. He manipulated and used her because she had confided in him and trusted him. If she despised him before, there are no words to describe how she feels about him now.

Her hunt for Sauron’s blood will undoubtedly continue in the most heinous of ways.

Galadriel, Elrond, and Celebrimbor forged three rings from their last scrap of mithril in a desperate attempt to save the elven community in the finale. One will eventually find its way to Gandalf in Tolkien lore, but it will take a long time. He must first determine who he is!

Whatever happens, executive producer Lindsey Weber has stated that the show’s sunny tone will shift and become “a little scarier” now that Halbrand has been revealed as Sauron.

Production for season two of “The Rings of Power” has begun. The show’s production kicked off in October of 2022 in the UK. Amazon Studios head Jennifer Salke has hinted at a quicker turnaround, and time is of the essence with the new season. Most of the cast will return for season two. Galadriel, played by Morfydd Clark once more, will be making a return appearance.

We hope to see Durin III (Owain Arthur) and Disa (Sophia Nomvete) return. Sauron has arrived in Mordor. Galadriel, Elrond, and Celebrimbor forged three rings from their last scrap of mithril to save the elven community. One will eventually find its way to Gandalf in Tolkien lore, but it will take a long time.