A new man in Gisele Bündchen‘s life! The supermodel is in the news because she went out to dinner with Joaquim Valente, who is said to be her new boyfriend. During their trip to Costa Rica, they went on a trip with Gisele’s two kids, Benjamin, 12, and Vivian, 9.

A month after getting a messy divorce from NFL star and ex-husband Tom Brady, to whom she was married for 13 years, the 42-year-old model is the subject of wild rumors. Who is this mysterious man who seemed to bring love back into Gisele’s life? What we know about Joaquim Valente is listed below.

Who is Joaquim Valente?

Brazillian jiu-jitsu instructor Joaquim Valente lives and works in Miami, Florida. Upon the family’s relocation to Florida, where Tom would begin playing for the Tampa Bay Buccaneers, he took on the role of tutor for Gisele and her children. However, a source told the Daily Mail that nothing was going on between them, claiming that they are and always have been just friends.

“He has taught jiu-jitsu to her children for years,” the insider revealed. Those reports of them being an item are completely false.

In February of 2022, Gisele posted to her Instagram reels about Joaquim and his brothers’ jiu-jitsu business. The more options we have, the better, in my opinion. As a result of training in self-defense, I now feel physically and mentally more robust, as well as more capable and independent.

I think it’s crucial for everyone to learn, but especially for women. If you’re reading this, @ValenteBrothers, you guys are great instructors and you make training fun. I can’t wait to keep developing myself. What are we waiting for? Tom responded to the fight between him and his ex-wife by tweeting, “My days of leaving dishes in the sink are numbered,” which he has since deleted.

It is clear from the jiu-jitsu company’s website that the Valente brothers dedicated a significant portion of their lives to training. “Peter, Gui, and Joaquim began training privately with Grandmaster Hélio Gracie when they were just 2 years old.

Read More: Who is Grace in The Peripheral? How is Aelita West Related to Grace?

The Valente brothers spent their childhoods at Rio de Janeiro’s Gracie Academy, where they trained in karate and other martial arts. Because of their dedication, the Gracie brothers were awarded a prestigious title in jiu-jitsu: “In 2007, Joaquim also received the Professors‘ Diploma from Grandmaster Hélio Gracie.”

Joaquim Has a Bachelor’s Degree in Criminology

The teacher enrolled at Barry University in Miami in 2007 and earned a bachelor’s degree in criminology there in 2011. Joaquim has a Twitter account that is public despite having most of his social media accounts set to private. It appears that Gisele’s new man is a family-oriented guy based on many of his tweets.

In honour of his father’s birthday in November 2018, he tweeted, “Today the greatest man was born. My father, my mentor, and my best friend. I appreciate you being by my side constantly. So many wonderful memories

Then, in February 2019, he wrote a letter of praise for his oldest brother Pedro, saying, “Your dedication, commitment, and self-discipline is admirable. I appreciate you setting a great example for me ever since I was born.

Gisele and Joaquim Were Seen Together in 2021 as Well

It is unknown when the rumoured couple began dating; however, the two have been seen together previously. Joaquim and his brothers shot a photoshoot with Gisele for Dust Magazine last year. The Valente Brothers, interestingly, reshared the images on their Instagram account just a few days ago.

The brothers also taught the former Victoria’s Secret Angel Jiu-Jitsu. She posted a photo from her training session on Instagram in February 2022, calling the instructors “awesome teachers.” “I believe that the more tools we have in our toolbox, the better,” she captioned the photo.

“I feel stronger, more confident, and empowered since I started practising self-defense,” Gisele continued and I believe it is an important skill for everyone, but especially for women. Thank you for being such great teachers and making training so enjoyable. I am excited to continue improving. “Let’s go!”

Her then-husband Tom Brady commented on the post at the time, saying, “You never cease to amaze me.” “My days of leaving dishes in the sink are numbered,” he joked.

How Did Gisele and Joaquim Meet?

According to sources, Joaquim Valente and Gisele Bundchen first met in 2021 during an exciting magazine photoshoot. The photoshoot entered the picture when the Valente brothers posed with Gisele Bundchen for their Instagram post in an effort to make it more captivating and, as a result, gain more exposure.

Gisele Bundchen posted a video of her resounding training session with Joaquim on February 2, 2022. The caption she provided for the video was the sole reason for people to assume what was actually occurring, and they began to be sceptical.

According to reports, Gisele Bundchen and her children dined with Joaquim, and some people are spreading rumours that they are dating. Since the photo of Gisele and Joaquim, in which she was completely dressed in a crop top, went viral, many have speculated that she has begun her new dating life after ending her thirteen-year marriage to Tom Brady.

Gisele Bündchen went out to dinner with Joaquim Valente. The jiu-jitsu instructor is said to be her new boyfriend. Gisele divorced from NFL star and ex-husband Tom Brady last month. A source told the Daily Mail that they are just friends. He has a Twitter account that is public despite having most of his social media accounts set to private.

It is unknown when the couple began dating but they have been seen together previously. Gisele Bundchen and Joaquim Valente first met in 2021 during a magazine photoshoot. Her then-husband Tom Brady commented on the post at the time, saying, “You never cease to amaze me”. Some people are spreading rumours that they are dating. 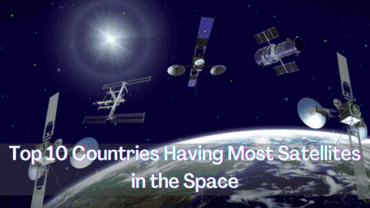