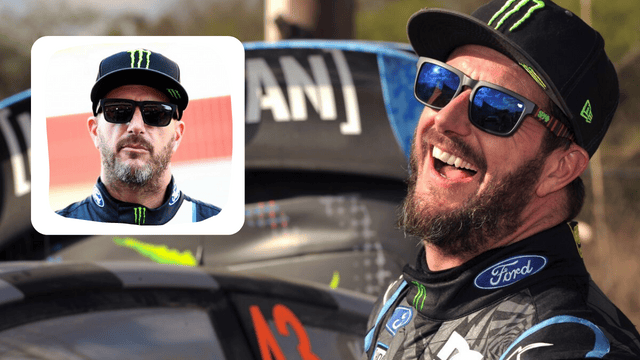 Ken Block death accident: Ken Block, a famous race car driver, was only 55 when he was killed in a snowmobile accident. He had recently posted a photo from his travels in Utah.

Wasatch County Sheriff’s Office said in a Facebook post that Block was killed after the snowmobile he was driving flipped over while he was climbing a steep hill. His death was officially ruled an accident scene death.

According to the sheriff’s office, Block was with a group of people just before the incident, but he was riding alone at the time of the tragedy.

Who is ken block?

U.S.-born rally racer Kenneth Paul Block raced for the Hoonigan Racing Division (previously the Monster World Rally Team) before his untimely death. It’s worth noting that Block was also instrumental in establishing DC Shoes. Skateboarding, snowboarding, and motocross were just a few of the action sports in which he competed.

Block sold his stake in DC Shoes and is now focusing on his other company, Hoonigan Industries, which makes gear for car fans. Before his untimely demise, he served as co-owner and “Head Hoonigan In Charge” (HHIC) of the business.

After 11 years of working together, Hoonigan Racing Division and Ford Performance announced their split in January 2021. Block made the decision to return to Subaru public in April. As of September, Block has been working on “joint projects in the sphere of electric mobility” with Audi.

Ken Block, 55, died in a snowmobile accident on Monday. He was an action sports legend and co-founder of DC Shoes and Hoonigan Racing.

Hoonigan was the one who initially shared the news of the death online. Block, according to the Wasatch County Sheriff’s Office, was riding a snowmobile near his Utah home at 2 p.m. when he attempted to navigate up a steep hill, causing the vehicle to crash back on top of him. On the spot, authorities confirmed his death.

This is how some mornings at my ranch in Utah look this time of year – freshly coated with snow! Luckily we have the Ski-doo sleds, @CanAm Mavericks (one on tracks!) and Defender, and the Kubota machinery to dig us out and keep the property maintained. pic.twitter.com/LXJG1A6yPr

“Ken was an innovator, a trendsetter, and a legend. Furthermore, a parent and a spouse, “Hoonigan included writing in the release. There will be a huge void in our lives without him.

With the help of savvy sponsorships and athlete endorsements, DC Shoes, prominent skateboarding, and shoe business that Block co-founded in 1994 have become a global success. Following the sale of his company in 2004 for $87 million, he gained further notoriety as a rally car superstar, winning 16 national titles between 2005 and 2014.

Five of the X Games medals he won went to him, and he was one of just four Americans to win points in the World Rally Championship. Block’s social media celebrity originated from his chronicling his car stunts, however, he also competed at a high level in motocross and skating.

His channel on YouTube has almost 1.95 million subscribers, and it claims credit for the growing popularity of motorsports in the United States. Block had posted an Instagram photo of snowmobiles with the caption “hell yeah!” hours before the tragedy, in which one of the riders was killed. On Tuesday morning, tributes to the superstar began flooding in throughout his channels.

What we know about Ken Block’s death so far: https://t.co/dlT8xifi8x

“For me, Ken was an idol and a source of inspiration that led me to try out for the rally team. […] Never before has a death affected me so deeply “Facebook user Troy Dawson put it thusly. According to YouTube commentator Dave Smith, “It wasn’t until I watched one of his videos that I realized why people were so into extreme sports. Because of HIM, others were interested.”

With any luck, Block’s legacy will continue in the form of his family’s rally racing achievements. His wife Lucy just started participating in all-wheel-drive rallies this year, and his daughter Lia, who is now 16 years old, has been racing for Hoonigan since she was 11 years old.

Since the 1990s, when he founded Doors and DC Shoes, Block has been an integral part of the skateboarding and snowboarding communities, as well as the racing scene. According to the Rally America Championship, Block was the 2005 year’s best first-year competitor.

How did Ken Block lose control?

According to the Sheriff’s Office, Block was riding his snowmobile on a steep slope in Wasatch County, Utah, when the machine flipped over and landed on top of him.

Is Ken Block still a racer?

Rally driving was Ken Block’s first professional endeavor, starting in 2005. Block’s talent and car control were immediately apparent, and he was deservedly named Rally America Championship Rookie of the Year. Block has continued to compete in the series ever since, and he has amassed an impressive number of overall victories and podium finishes.