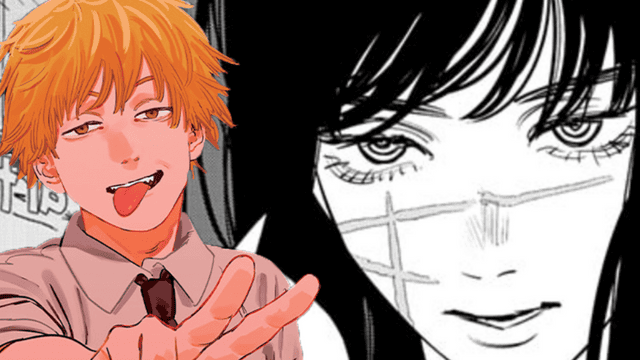 Chainsaw Man is a Japanese manga series written and drawn by Tatsuki Fujimoto. The first half ran in Shueisha’s shnen manga magazine Weekly Shnen Jump between December 2018 and December 2020, while the second half will run in Shueisha’s online magazine Shonen Jump+ starting in July 2022.

As of October 2022, its chapters have been collected across 12 tanks in volumes. In Chainsaw Man, we meet Denji, a poor young man who makes a deal with a dog-like devil named Pochita that fuses their bodies together, giving him the ability to turn his own limbs into chainsaws.

Later on, Denji becomes a member of the Public Safety Devil Hunters, a government organization that fights demons whenever they pose a threat to Japan. Asa Mitaka, a high school girl, is at the center of the second plot arc. She makes a deal with Yoru the War Devil, who then commands her to track down and kill Chainsaw Man in order to retrieve the devils that were stolen from her.

The Unofficial Weekly Shonen Jump Twitter page made the announcement on December 3, 2021, that both the second volume of the manga and the anime adaptation would premiere in the following year, in 2022. Part 2 of the Chainsaw Man manga series was then confirmed to premiere in the Summer of 2023 at the 2022 Jump Festa event, but a precise launch time was not revealed, much to the chagrin of fans around the world.

On the other hand, the latest and greatest news from today, June 20 is that the release date for Chainsaw Man Part 2 has been scheduled for July 13, 2022! Originally announced by the manga’s editor Shihei Lin on social media, the series will begin serialization in Jump Plus on July 13th.

the two volume covers we’ve had so far for chainsaw man part 2, at first glance, pose yoru and yuko as fundamental opposites– the town mouse & the country mouse to be exact— but this is not actually the case. 🧵 pic.twitter.com/OkUSYbaiFq

Part 2 will be serialized on Manga Plus in English, Spanish, Thai, French, and Portuguese, as noted in a subsequent Twitter tweet by @momiyama2019, the deputy editor of Shonen Jump. As further details about the highly anticipated second installment of the Chainsaw Man manga are released online, this post will be updated accordingly.

Chainsaw Man is ready to break the internet.

At the MAPPA 10th Anniversary celebration in June 2021, the first PV trailer for the Chainsaw Man anime series was also presented alongside the early news of the manga’s revival in the Summer. Although a definite premiere date has not been announced, fans anticipate the show will debut in October of 2022, as part of the broadcasting schedule for the Fall season.

A series of ‘leaks’, however, has already caused anxiety in the community; user ‘rcco r0nd0’ claims that roughly half of the output will be traditional 2D art, while the other half would be computer-generated animation. Although “rcco r0nd0” acknowledged that “the Computer Generation animation is being used extremely smartly,” he or she acknowledged that the mere mention of CG could make some purists uneasy.

Returning after a two-year sabbatical is Tatsuki Fujimoto’s violent manga Chainsaw Man, which follows a man named Denji who obtains the ability to transform into chainsaws (it makes sense, I promise). Part 2 begins with Chapter 98, which can be found online at Shonen Jump.

With an upcoming (and horrifyingly gorgeous-looking) anime adaptation from Studio MAPPA, the famed studio behind current anime smash Jujutsu Kaisen and fan favorite Yuri!!! on Ice, the return of the Chainsaw Man is riding a new wave of enthusiasm.

The Chainsaw Man anime has yet to have a release date, but one is expected soon. Meanwhile, every Tuesday will bring you more of the Chainsaw Man manga. Also, now is the best moment to try it out if you’ve been on the fence about doing so. It’s not often that you hear of a guy with the ability to make his own arms into deadly chainsaws. That right there, sweetie, is art.

After losing her mother to Typhoon Devil, Fourth East High School freshman Asa Mitaka has a hard time finding her place in the world. The Class President, who has a deal with the Justice Devil, confronts her one day after she killed the class pet Chicken Devil Bucky by accident.

Asa is targeted for death, but the War Devil Yoru appears in the form of a bird and strikes a deal with her, promising to inhabit her body in exchange for killing Chainsaw Man. Asa wants Yoru out of her body after her swift vengeance, while Yoru wants the Nuclear Weapons Devil that Pochita swallowed back for herself. Both are looking for Chainsaw Man. They become friends with Yoshida and Yuko, an outgoing student, and join the school’s Devil Hunter Club.

Denji, meanwhile, is making the most of his newfound superhero reputation by attending Fourth East High alongside his fellow normal students. Under cover of some mystery task, Yoshida follows him about. Yoshida sets up his friend Denji with Asa, knowing well well that Denji is desperate for a relationship. When Denji tries to tell Asa he’s Chainsaw Man, he’s promptly labeled a “loser” in front of her.

Is Chelsea Handler Still Dating Jo Koy? All About Their Relationship