Willow Season 2: Willow Season 1 is released by Disney+ on November 30, 2022, and as of now, only 4 episodes are released at the time of writing this article. Fans love this show so much that they are eager to know about season 2 of Willow.

Willow is an American fantasy adventure TV show that is based on the 1988 movie of the same name and is a sequel to it. The series premiered on Disney+ on November 30, 2022. It was made by Lucasfilm and Imagine Entertainment.

We all like anime, web series, k-dramas, and movies, but some of us also like fantasy shows. If you came to this article because of the title, congratulations, you are one of a kind. Well, don’t worry if you haven’t heard of the Willow series.

In this article, we’ll take a look at the popular show and tell you the latest news about it and whether or not it will be renewed. Read the full article to know about Willow Season 2 renewal status and much more.

What is the Renewal Status of Willow Season 2?

Season 2 of Willow is not yet announced by the creators. However, it is a mysterious question for all of us whether season 2 be renewed or canceled. The Director of this show also did not give any statement about canceling the show after season 1. In the future, if we get any information about Willow Season 2, we will update this article.

In an interview with ComicBookMovie.com, Kasdan talked about how he tried to get Kennedy to help Willow Ufgood (Warwick Davis) and his ragtag group of friends. When asked if there would be a second season of Willow, he said, “I hope so.“

“We’re working on it, and I’m pleading with Kathy because it’s been the best time working on this show with these actors and this crew of filmmakers. We still feel like there are a lot of stories to hear and bigger places to go.”

What is Willow All About?

In the first movie, Willow went on a quest to deliver a little girl he found near his village and keep her safe from a bad witch who wanted to hurt her. Willow was in a place he had never been before because he rarely left his small hometown. 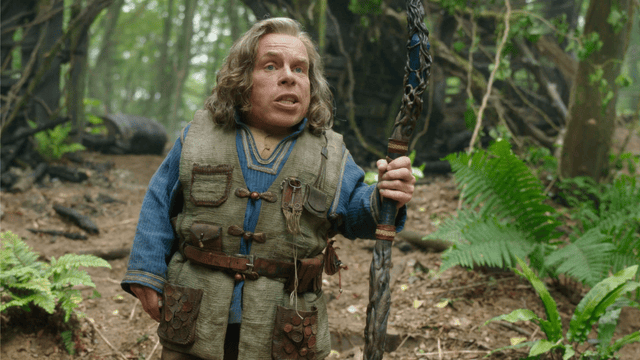 His journey is full of horrible monsters and slaves of the evil Empress Bavmorda, but Willow also makes a group of lifelong friends who help him along the way.

One of these friends is the arrogant, but loveable, swordsman Madmartigan. Even though these tests were hard, Willow was able to complete his quest and protect the young child. When he got back home, he had a new love and respect for studying magic.

As Season 2 is not announced yet so the additional cast is not revealed yet. But most of the cast will return for season 2. The returning cast is given below:

Season 2 has not been announced yet. So we have to wait for soo long for the trailer of season 2. As of now, you can watch the trailer for season 1:

Ron Howard won’t be back to direct the Willow series, but he will still be working on it as an executive producer with Kathleen Kennedy and Jonathan Kasdan, who are both regulars at Lucasfilm. Kasdan worked with Howard a lot and helped write Solo: A Star Wars Story. He will also be in charge of the project as its showrunner.

Kasdan, John Bickerstaff (Grounded), and Hannah Friedman are all listed as screenwriters for the show. Jon M. Chu, who is known for movies like Crazy Rich Asians and In the Heights, was at first set to direct the series, but he has since dropped out because of scheduling problems. Stephen Woolfenden (Outlander), Jamie Childs (His Dark Materials), and Debs Paterson will be in charge of directing from now on (A Discovery of Witches).

When judging a show, everyone looks at its rating. Most of the time, the best way to know if a show will continue to air is to look at how well it does in the ratings. As your rank goes up, your chances of making it are better. The show has a good IMDb rating of 5.2/10 and a good audience rating of 85% on Rotten Tomatoes.