No Game No Life Season 2: Will This Fantastic Series Be Available in 2023?

Yuu Kamiya wrote the No Game, No Life light novel series in Japan. It is published by MF Bunko J, and between April 25, 2012, and January 25, 2018, ten novels came out under that name.

The books were turned into a manga series for Monthly Comic Alive in 2013 by the author and his wife, Mashiro Hiiragi. Later that year, it was announced that Madhouse’s No Game, No Life would be made into an anime. It first aired on AT-X between April and July 2014, and Crunchyroll showed it at the same time outside of Japan.

In This Article we will Discuss the information about No Game No Life Season 2. Please read this article for all information. In addition, if this article was useful, please offer feedback. Your feedback is precious to us.

What is “No Game No Life” All About?

Sora and Shiro are step-siblings who are hikikomori. They are part of a group of gamers known as Blank, which has never lost a game. One day, Tet, a god from another reality, challenges them to a game of chess. The two win and are given the chance to live in a world where games are important.

They agree because they think it’s a joke, and then they are called to a place called Disboard. There, a spell called “The Ten Pledges” stops the people of Disboard from hurting each other. Instead, they have to settle their disagreements by playing games whose rules and rewards are enforced by magic.

What is the Renewal Status of “No Game No Life Season 2”?

There have been no announcements about a second season of “No Game, No Life” yet. Despite the popularity of the show, it seems that Madhouse has no plans to return to Disboard for anything other than the occasional movie. 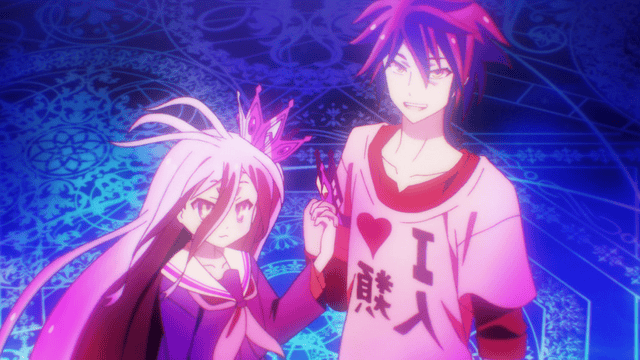 In 2017, the company made a version of Volume 6 of the original light novel. This shows that Madhouse isn’t quite ready to give up on the series.

This is just a guess, though, because neither Kamiya nor Madhouse have officially stopped making the popular show. Because of this, fans still have hope that Madhouse will bring the anime back soon.

No Game No Life Season 2 Plot

Should the day at any point come that “No Game No Life” Season 2 gets delivered, fans can hope to see the story go on down a similar way as the light novel or manga. The anime halted its transformation at the third volume of the light novel, meaning there are two additional books of untold material between the finish of the anime and the start of the film.

Toward the finish of Season 1, Shiro and Sora had quite recently effectively crushed the Eastern Federation, agreeing to it and the Elkian Empire. Not long after, the gathering brings incredible Deus with the plan of moving them to a game. While this finishing doesn’t remain dedicated to the light novel totally, it doesn’t exactly digress to the point of totally banning Season 2 from refocusing.

If this were the situation, “No Game No Life” Season 2 would keep following Sora and Shiro as they continue to overcome the nation of the dhampir and alarms. In a peculiar contort, nonetheless, their test includes participating in a sentiment round of sorts, entering the fantasy of a Siren Princess to win her affection.

No Game No Life Season 2 Voice Cast And Chracter!

However, no affirmation is there for the voice entertainers and the characters they acted in No Game No Life vivified series except for it is accepted that all voice cast will return to repeat their characters in the third season assuming it is reestablished.

Since “No Game No Life” Season 2 has not been reported, there is no authority data concerning the likely cast. The first voice entertainers for Season 1 would get back to repeating their jobs for Season 2. This incorporates the fundamental voices of heroes Sora and Shiro, Yoshitsugu Matsuoka and Ai Kayano, as well as their English name partners, Scott Gibbs and Caitlynn French. Notwithstanding, it is likewise conceivable that this won’t be the situation.

Is There Any Trailer for No Game No Life Season 2?

At the hour of composing this article, there is no trailer for season 2 except for you can partake in its season 1 which is given underneath-

Rating of No Game No Life Season 1

No Game No Life is a decent enlivened series that procured 7.8 appraisals out of 10 on IMDb, while 4.8 on Crunchyroll out of 5, and presently fans are holding on to watch its new season 2 whose official data has not come out. Also, you can pen down your thoughts or views in the comment section box below.

Billie Eilish Shares Her Behind the Scenes Nip Slip Video!