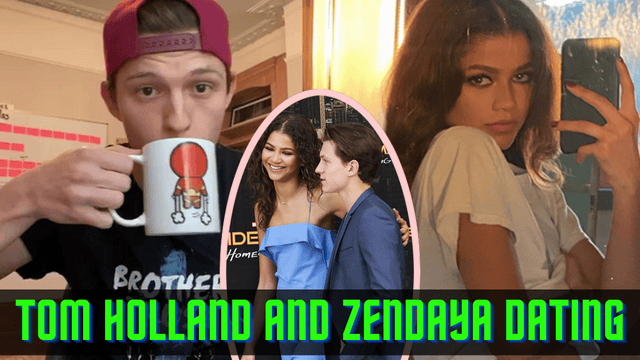 Who is Tom Holland?

Actor Thomas Stanley Holland is from England. A British Academy Film Award, three Saturn Awards, a Guinness World Record, and a spot on the Forbes 30 Under 30 Europe list are just a few of his honors. He has been cited in some publications as one of the most well-liked actors of his generation.

When Holland enrolled in a dance class at the age of nine, a choreographer took notice of him and set up an audition for a part in the London production of Billy Elliot the Musical. He received a supporting role in 2008 after completing two years of training before being promoted to the lead role that same year, which he played until 2010.

Holland made his acting debut as a teenager trapped in a tsunami in the disaster drama The Impossible (2012), for which he won the Young British Performer of the Year award from the London Film Critics Circle. Following this, Holland made the decision to pursue acting as a full-time career. She made an appearance in the 2013 film How I Live Now and played historical figures in the 2015 movies In the Heart of the Sea and Wolf Hall (2015).

Zendaya Maree Stoermer Coleman is a singer and actress from the United States. She has received numerous awards, including two Primetime Emmys. Time magazine named her one of the world’s 100 most influential people in its annual list in 2022.

Zendaya began her career as a child model and backup dancer in Oakland, California. She made her Disney Channel debut as Rocky Blue in the sitcom Shake It Up (2010-2013) and starred as the titular character in the sitcom K.C. Undercover (2015-2018).

Her feature film debut was in 2017 with Spider-Man: Homecoming, and she later appeared in the sequels. Zendaya was the youngest recipient of two Primetime Emmy Awards for Outstanding Lead Actress in a Drama Series for her role as Rue Bennett, a struggling drug-addicted adolescent, in the HBO teen drama series Euphoria (2019-present).

When Did Zendaya And Tom Holland Start Dating?

Tom and Zendaya seemed to confirm that they were dating on July 1, 2021, when they kissed in their parked car. They were also seen goofing off and laughing, which shows that their friendship is still strong even though they are dating.

It wouldn’t be the first time that two actors from a Spiderman movie took their relationship off-screen. Toby Maguire and Kirsten Dunst dated briefly after meeting on the set of the 2002 movie, and Andrew Garfield and Emma Stone were together for four years until 2015.

Are Zendaya and Tom Holland Still Together?

Fans were worried that Zendaya and Tom had broken up when they hadn’t been spotted by paparazzi on a date since June 2022, despite the fact that the couple had been seen on multiple dates since their coupling, including at hockey games and outings at coffee shops.

Don’t worry though, Tomdaya hasn’t lost any steam with her devoted following. Recent sighting in Budapest, Hungary on August 26 of 2022. They took their scooters out for a day of sightseeing with loved ones. Tom appears to have flown to Budapest to be with Zendaya while she films Dune: Part Two. It’s understandable that the couple hasn’t been spotted in public together recently, as Tom spent the summer filming an episode of The Crowded Room.

When Zendaya won her second Emmy on September 12, she said Tom was the first person she texted to share the news. “I didn’t have to text my mom because my mom was already there,” Zendaya told E! News in a backstage interview. “I also send my boyfriend texts.” Z finally came out to the public as Tom’s girlfriend, and we couldn’t be happier about it!

The following month they visited the Louvre together in Paris, and photographers caught them holding hands.

We’ve lost track of how many times these two have denied dating, but Zendaya made it pretty clear when she talked to Variety magazine in August 2017.

“We are friends. He’s a cool guy. He is one of my best friends, period. We’ve been on press tours together for how many months now? At 20, not many people will be able to understand what that’s like.”

The dating rumors, on the other hand, have only brought them closer together. She shared a report about their supposed relationship on Twitter and called out:

“Wait, my favourite part is when it says that we go on vacations together. I haven’t taken a vacation in a long time. hbu @TomHolland1996 ???”

Zendaya and Tom Holland confirm their relationship with car makeout

Zendaya and Tom Holland kissed in L.A. on Thursday. Kissing at a red light in Holland’s $125,000 Audi. The “Cherry” actor, 25, kissed Zendaya, 24. Two laughed and smiled in the car. Holland stroked Zendaya’s chin.

Zendaya’s mother lives in Silver Lake. Stoermer was seen with the duo the same day; things may be becoming serious if Holland is already with the family. Zendaya wore no makeup and half-up hair. She wore a crop top and white pants. Holland dressed casually. White T-shirt, blue flannel, black shorts, and white sneakers.

More About Tom and Zendaya