nocomments
Share Tweet Pin it Share Stumble Email
Home
Trending
The second season of ‘Dr. Death’ will be led by Édgar Ramrez and stream on Peacock!

Dr. Death is an American crime drama anthology streaming TV show created by Patrick Macmanus. It is based on the same-named podcast and is about a neurosurgeon named Christopher Duntsch who became famous for permanently disfiguring his patients and killing two of them. It started on July 15, 2021, on Peacock. The show was picked up for a second season in July 2022.

Season 2 of the Peacock anthology series Dr. Death will star Edgar Ramirez. Though a premiere date has not yet been disclosed, the new season will be based on the popular Wondery podcast of the same name.

Ramirez, who also acted in The Assassination of Gianni Versace: American Crime Story, will play Paolo Macchiarini, a physician whose groundbreaking organ transplants garnered attention from researchers throughout the world.

A few holes start to show up in Paolo’s otherwise flawless persona when his fiancee Benita and some suspicious coworkers investigate some failed procedures.

The second season of the hit podcast Dr. Death will be based on the third season’s “Miracle Man” storyline. It will tell the story of Paolo Macchiarini, a charming surgeon known as the “Miracle Man” for the new ways he did the surgery.

But when Benita Alexander, an investigative journalist, asks him for a story, the lines between his personal and professional life become, to say the least, fuzzy. And Benita’s life will never be the same again, especially after she finds out how far Paolo will go to keep his secrets safe.

Dr. Death Season 1 was inspired by the first season of the same-named Wondery podcast. It delves into the psyche of notorious Texas neurosurgeon Dr. Christopher Duntsch (Joshua Jackson), who is responsible for the injuries or deaths of 33 of his 38 patients. Multiple accolades were considered for the show, and it has a 100% fresh rating on Rotten Tomatoes.

The trailer of dr. death is currently not available. you can watch The first season of Dr. Death on Peacock. You are able to see the trailer right here.

The first episode of the Dr. Death podcast was released back in 2018. The focus of each new season of the series is on a different horrifying real-life instance of medical negligence. The podcast was initially distributed through the Wondery podcast network, which is now a part of the Amazon Music family of brands.

The release date for the first episode of Dr. Death’s second season has not yet been disclosed. There will soon be additional casting announcements for Season 2. 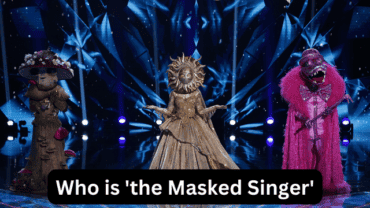