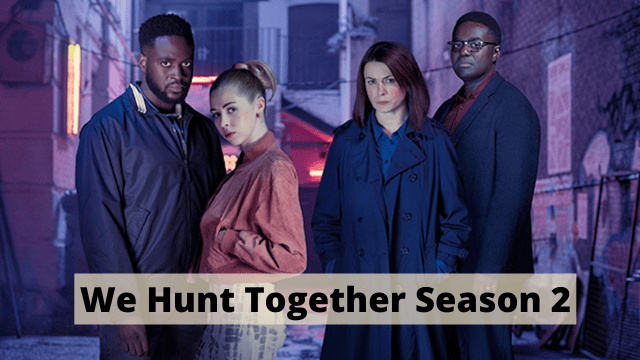 The show stars Babou Ceesay, Eve Myles, Hermione Corfield, and Dipo Ola. The first episode of the show aired on May 27, 2020, on Alibi.

Here is everything you need to know about the second season of We Hunt Together.

We Hunt Together Season 2: Cast

We Hunt Together Season 2: Storyline

In the first season of We Hunt Together, Baba and Freddy were two murderers who were in love and on the run after a series of brutal murders. Lola Franks and Jackson Mendy were given the job of finding the murderers and putting them on trial.

After Baba made Freddy look like an innocent victim who was drawn into a world of violence, Baba was killed at the end of the first season, and Freddy was found not guilty of the murders. 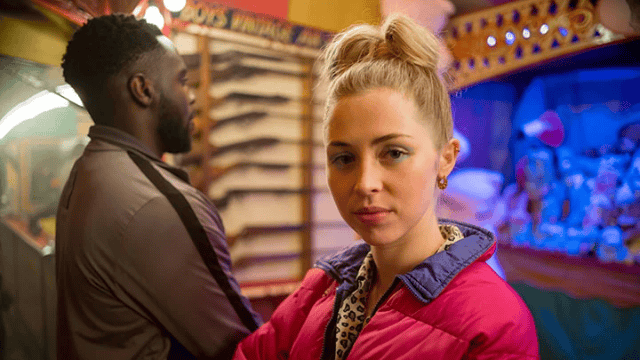 The second season, on the other hand, will start ten months after the first and show Lola following up on her thoughts that Freddy is guilty. Freddy is looking for a new partner in crime because she can’t seem to get away from killing.

When Freddy’s friends and family start dying in strange ways, it’s clear that someone else is after her, and the police are faced with yet another interesting case.

We Hunt Together Season 2: Trailer

We Hunt Together Season 2: Reviews

On the new Showtime mystery, We Hunt Together, the first kill is a no-brainer. The victim is a would-be rapist who, if he had lived through the night, would have deported Baba (Dipo Ola), a former child soldier waiting for British immigration officials to grant him asylum, back to the Democratic Republic of the Congo.

However, each succeeding murder becomes more difficult to defend. That’s one of the few ways We Hunt Together keeps its narrative momentum, which is constantly disrupted by writer Gaby Hull repeatedly yanking the rug out from under the audience until there’s little reason to care about his characters’ destinies.

The six-part drama chronicles Baba’s star-crossed affair with Freddy (Hermione Corfield), a young lady who revels in her capacity to make her new boyfriend do awful things to men who have mistreated her. Their initial target, whose attempted sexual attack on Freddy was foiled by Baba, is one of them.

About We Hunt Together 2

They are being looked for by detectives Lola (Eve Myles) and Jackson (Babou Ceesay). Jackson’s sunny personality and long history with things inside him bring out Lola’s shy hermit.

Even if Jackson is always calm, she has important secrets to keep from a policeman who is willing to spy on other officers. Each of them starts off a little too condescending, which makes them an interesting contrast to the fiery relationship between Baba and Freddy. 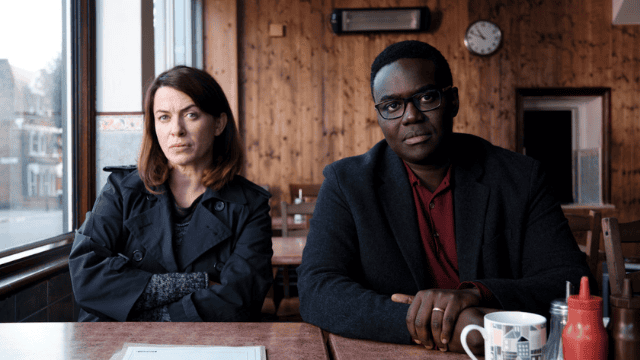 We Hunt Together is mostly about Baba and Freddy, but they don’t do much and are only interesting in theory.

The second person is supposed to be a cocky mastermind, but she makes simple mistakes that even a casual viewer of crime procedurals would know about. For example, when she is being questioned by detectives, she tells them that she thinks she is smarter than them.

What happens to Freddy?

As a teenager, Freddy’s parents sent her away, and Freya Durkan plays her in a number of flashbacks.

Another seemingly shocking discovery destroys the idea that Freddy’s victims are good people who do bad things. Corfield’s role is more complex than those of her co-stars, so she can give a more interesting and nuanced performance.

But Baba’s personality is a horrible letdown. His pain is often used to scare people and to help him and Freddy kill each other. We Hunt Together is not a story that makes you feel good about young warriors coming home.

Strangely, Freddy is willing to give up his values and put his immigration status at risk for a woman who seems as crazy as he does.

Even though Corfield and Ola do their best, and even though director Carl Tibbetts creates a hauntingly haunted London, Baba and Freddy’s neon-lit romance never quite comes together. In later episodes, their feelings for each other are shown in a cruel way, which is unsettling.

Tibbetts does a great job of building suspense, but after a few episodes, the conflict between wanting to catch Bonnie and Clyde and wanting them to be free has gone away. Even though the pinks and purples are beautiful, England is still filled with apathy.

How Many Seasons Does We Hunt Together Have?

We Hunt Together has 2 seasons.

Where Can I Watch We Hunt Together Season 2?

You can watch We Hunt Together Season 2 on Hulu.