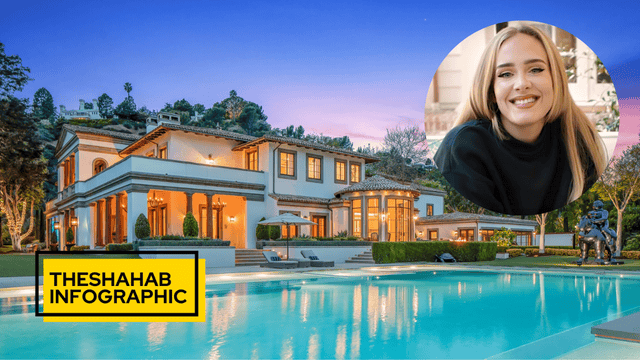 Sylvester Stallone just sold his Beverly Park mega-mansion for $58 million, which is both a good and bad thing. That’s the most expensive sale in Southern California so far this year, but it’s only 53% of his original asking price of $110 million.

The Times has confirmed that the buyer is the singer, Adele.

Stallone had been trying to sell it for more than a year. He put it on the market for the first time in January 2021. In October, he cut the price to $80 million because no one was interested.

The 3.5-acre property has a lot of history, and not just because it’s in Beverly Park, a neighborhood full of famous people like Denzel Washington, Magic Johnson, Justin Bieber, and the late Sumner Redstone, whose house was next door to Stallone’s.

During his stay, the Oscar-nominated actor saw a lot of changes. The once-Mediterranean-style compound slowly became a more modern estate. He added steel-framed windows and doors to the living areas, made the eight-car garage into an art studio, and had mega-mansion expert Richard Landry build a guesthouse.