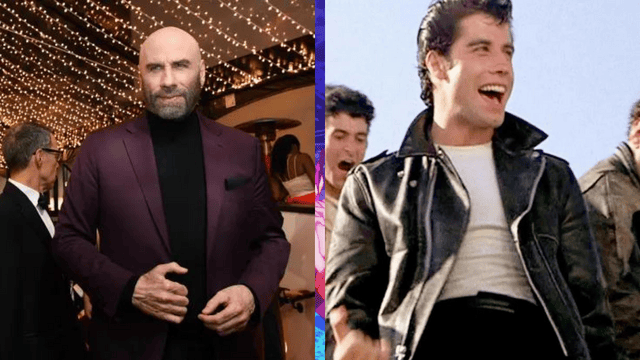 How Old Was John Travolta in Grease? Let’s Explore Here!

The movie “Grease” is based on a musical of the same name that came out in 1971. It’s about how Danny Zuko, an American high school student, and Sandy Olsson, an Australian tourist, fall in love over the summer but are afraid they won’t see each other again.

When Sandy’s parents decide not to go back to Australia, she goes to Rydell High, where Danny is the leader of the T-Birds greaser gang. When Danny and Sandy find out they go to the same school, he shows how “cool” he is by making fun of her in front of his friends. This makes Sandy join the Pink Ladies.

In this article, we will discuss “How Old Was John Travolta in Grease?” So we will just recommend you all to go through the entire article and you will find all your answers.

How Old Was John Travolta in Grease?

John Travolta, who was born on February 18, 1954, was only 23 years old when the movie was made in 1977. Danny Zuko, who he played, was supposed to be a senior at Rydell High School and 18 years old. Randal Kleiser, the director of Grease, said that he gave the cast a “crow’s feet test” to make this age difference seem real.

Those with visible crow’s feet around their eyes would not look like acceptable teenagers, but Travolta was one of the younger main cast members, so that was still unavoidable.

What Was the Age of the Other Cast Members?

While making “Grease,” Olivia Newton-John turned 29. When “Grease” was being filmed, the British-Australian singer-songwriter was more than 10 years older than her character.

Newton-John had almost no acting experience when she was cast in “Grease,” but she was already a pop star with five No. 1 hits on the Billboard Hot 100. In “Grease,” Danny’s crush, Sandy Olsson, is 17 or 18 years old.

In the movie, Betty Rizzo, the leader of the Pink Ladies, is 18. Most of the movie is about Rizzo being the tough leader of the girl greaser gang. But when word gets around Rydell High School that she might be pregnant, she realizes she isn’t as tough as she seems.

On the other hand, Danny Zuko’s T-Birds gang was always there for him. The second-in-command and Betty’s boyfriend, Kenickie, was also 18 years old in the movie.

Jeff Conaway played him. At the time of filming, he was eight years older than his character. Conaway died in 2011 at the age of 60. Sonny LaTierri, a fool who was 18 years old, was played by Michael Tucci. He was the second-oldest actor in the movie. He was 31 years old when he got a part in it.

Will Dream Home Makeover Season 5 Be Renewed or Canceled?