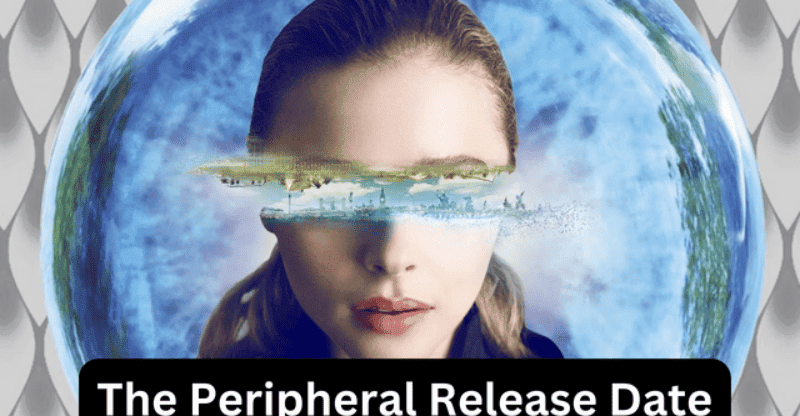 The Peripheral will be on Prime Video in the fall of 2022. Chlo Grace Moretz plays a gamer who by accident finds b The thriller is based on William Gibson’s best-selling book The Peripheral, and it was made by the people who made Westworld.

The show is about a woman named Flynne Fisher who lives and works in a small town in the rural south of the United States. She feels like she has no future. But then the future finds her, and as exciting as it may seem, this hallucination of the future puts her and everyone she cares about in grave danger.

On October 21, 2022, Prime Video will debut the pilot episode of The Peripheral around the world. Each of the eight episodes will air on Fridays through the 9th of December.

There most certainly is! Have a look at it down here:

Some might say that the show has nothing to lose, given these facts and the success of the book on which it is based. It will be interesting to see what happens, and we won’t have to wait too long to find out.

Here are the main actors:

Flynne Fisher is the protagonist of The Peripheral. She has a career that is going nowhere, so at night she plays video games for wealthy people in order to make some extra money. Nevertheless, one evening Flynne puts on her headset and finds herself in a futuristic England.

On October 21, the future holds the key to saving the past. Get a peek at the Official Trailer for #ThePeripheral that just launched at #NYCC. pic.twitter.com/VdfOdTobTa

She quickly realizes that this is not a virtual reality experience but really London, 70 years in the future. Because she is aware of it now, we can assume that it poses a threat.

Flynne has no choice but to look for the person who linked their worlds together and discover the reason why despite the fact that it is abundantly evident that evil forces are determined to thwart her and her family’s efforts.

In April of 2018, Westworld showrunners Lisa Joy and Jonathan Nolan revealed that they had received a script-to-series commitment from Amazon to adapt William Gibson’s novel The Peripheral into a television series.

The project acquired a series order in the middle of November 2019, with Joy and Nolan serving as executive producers under their overall contract with Amazon Studios, which was revealed in April 2019.

The executive producers are Joy and Nolan, plus Athena Wickham, Steve Hoban, and Vincenzo Natali. Each episode of this Amazon Studios show created by Kilter Films lasts an hour. Scott Smith is the show’s writer and Warner Bros.

Television is producing. Smith conceived the series, while also serving as showrunner and executive producer. Natali helmed the series’s first episode. The show’s creator, Kevin Smith, was succeeded as showrunner by Greg Plageman on March 30, 2021.

The Peripheral will be on Prime Video in the fall of 2022. Chlo Grace Moretz plays a gamer who by accident finds London 70 years from now. The thriller is based on William Gibson’s best-selling book The peripheral. It has been in the works since 2018 and was made by the people behind Westworld. Amazon is adapting William Gibson’s novel The Peripheral into a television series.

The project acquired a series order in the middle of November 2019. The show’s creator, Kevin Smith, was succeeded as showrunner by Greg Plageman on March 30, 2021.