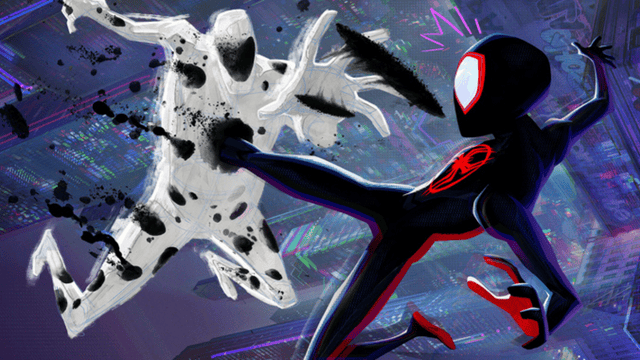 Spider-Man: Into the Spider-Verse was released for the first time on December 1, 2018, at the Regency Village Theater in Los Angeles. After that fans want more movies like this. And here we are getting another Movie.

Spider-Man: Across the Spider-Verse is an upcoming American computer-animated superhero movie starring Miles Morales/Spider-Man from Marvel Comics. It is being made by Columbia Pictures, Sony Pictures Animation, and Marvel Entertainment.

Spider-Man: Across the Spider-Verse Release Date!

Spider-Man: Across the Spider-Verse was one of many movies that had to be pushed back because of the COVID-19 pandemic. Its original release date, April 8, 2022, was changed to October 7, 2022.

That’s the date shown in the trailer above, but the movie has been pushed back again since then. The movie will now officially come out on June 2, 2023. We hope there won’t be another delay, but if it means getting a sequel as good as the first one, we’ll be happy to wait.

Spider-Man: Across the Spider-Verse Plot

Miles Morales returns for an epic adventure that will take Brooklyn’s full-time, friendly neighborhood Spider-Man across the Multiverse to join forces with Gwen Stacy and a new team of Spider-People to fight a villain more powerful than any they have ever met.

As the teaser showed, Gwen has found a way to meet up with Miles in his universe. This means that both old and new characters can cross over into the next movie.

Lord and Miller have also said that they want to see Silk (aka Cindy Moon, a former classmate of Peter’s who was also bitten by the radioactive spider) and Spider-Punk in future movies, and that’s just the beginning. 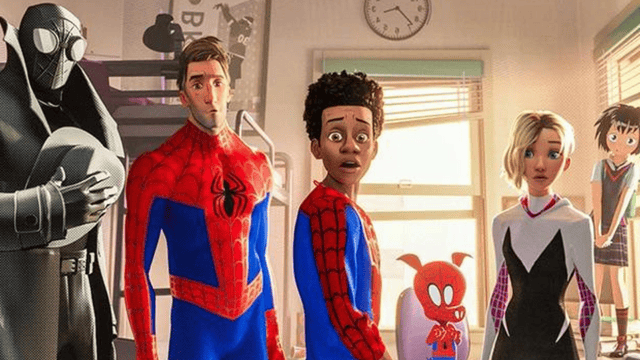 When the original release date for the sequel was announced, a teaser video showed flickering logos of all the different versions of Spider-Man. This gives us a hint about which new characters could be in the sequel.

The official plot synopsis for Spider-Man: Across the Spider-Verse is Give Below:

Miles Morales returns for the next chapter of the Oscar®-winning Spider-Verse saga, an epic adventure that will transport Brooklyn’s full-time, friendly neighborhood Spider-Man across the Multiverse to join forces with Gwen Stacy and a new team of Spider-People to face off with a villain more powerful than anything they have ever encountered.

Spider-Man: Across the Spider-Verse Voice Cast And Character!

Spider-Man: Across the Spider-Verse Trailer

Most of it is a recap of Miles’ story so far as he has an emotional talk with his mother. It doesn’t take long for the crazy world of the Spider-verse to show up, with Peter B. Parker (Jake Johnson) coming back and Spider-Woman being introduced (Issa Rae).

We also get to see a building with dozens and dozens of different versions of Spider-Man, from old comic references like the Amazing Bag-Man to newer fan favourites like Peter and Miles from Spider-Man PS4. The Official Trailer Is given Below:

When Will the Third Movie in the Spider-verse Trilogy Come Out?

Even though “Part One” isn’t in the title anymore, “Across the Spider-Verse” is still the first part of a two-part story. The next movie, which is currently called Spider-Man: Beyond the Spider-Verse, will come out less than a year later on March 29, 2024. This will be the end of this epic and groundbreaking trilogy.

Sony Pictures Animation started making a sequel to Spider-Man: Into the Spider-Verse by the end of November 2018, a month before the movie came out. This was because of the “incredible buzz” about the project.

The story of Miles Morales/Spider-Man, played by Shameik Moore, was supposed to continue in the second movie. It would build on “seeds” that were planted in the first movie. The movie was going to be directed by Joaquim Dos Santos and written by David Callaham. Amy Pascal, who produced the first movie, was going to be the producer again.

Phil Lord, Christopher Miller, Avi Arad, and Christina Steinberg, who also worked on the first movie, were all expected to return in some way for the second one. The following month, Pascal said that the movie would be about Miles and Hailee Steinfeld’s Gwen Stacy/Spider-Woman. It would focus on their romance, which had been cut from the first movie.

Also Read: Tough as Nails Season 5 is Coming Sooner Than You Expected!

Is Spider-Verse 2 Out Yet?

Spider-Man: Across the Spider-Verse, the follow-up to Into the Spider-Verse, will come out in theatres on June 2, 2023. This movie’s release date moved from April 2022 to October 2022 because of Covid-19, just like many other action movies. Then, in April, it came out that the movie would be set in 2023.

Will Spider-Man: Across the Universe be on Disney Plus?

On June 2, 2023, “Spider-Man: Across the Spider-Verse” will only be shown in theatres. Due to a new deal with Sony for all theatrical films, the movie will be available on Disney+ about two years after it comes out in theatres.

In Spider-man Across, Who is the Bad Guy?

Where is Tay K Now? How Soon Will He Be Released From Prison?