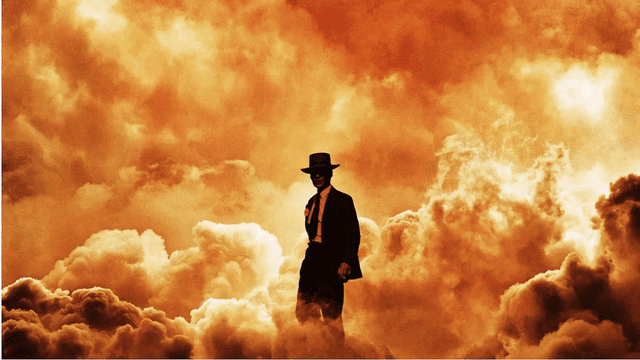 Have you heard the movie, Oppenheimer? Is Oppenheimer  Will be the Biggest Movie Ever by Christopher Nolan? When Will Be Oppenheimer be Available in the Theater? Who will be in the cast of Oppenheimer? Where is Oppenheimer Imax Trailer? If you want the answer to these questions then you have come to the correct place.

Christopher Nolan wrote the script for the upcoming biopic Oppenheimer, which stars Cillian Murphy as J. Robert Oppenheimer. Nolan is also the movie’s director. The movie was based on the book by Kai Bird and Martin J. Sherwin called American Prometheus.

In this article, we will discuss every single detail of the Oppenheimer Release Date and Oppenheimer Imax Trailer. Continue reading until you reach the end to find all of your answers.

What is Oppenheimer All About?

Based on the book by Kai Bird and Martin Sherwin, American Prometheus: The Triumph and Tragedy of J. Robert Oppenheimer, Oppenheimer will tell the story of the famous American physicist who played a big part in the Manhattan project during World War II and is often called the “father of the atomic bomb.”

The movie tells the story of the life of theoretical physicist J. Robert Oppenheimer, who was in charge of the Los Alamos Laboratory during the Manhattan Project and helped make the atomic bomb.

Oppenheimer Release Date: When Will This Masterpiece be Available in the Theater?

Oppenheimer is set to come out on IMAX on July 21, 2023, through Universal Pictures. Fans are excited about this movie for so long.

Due to the effects of the COVID-19 pandemic on the movie business, Warner Bros. Pictures said in December 2020 that its 2021 movies would be shown in theatres and on HBO Max at the same time.

Christopher Nolan, who has worked with the studio on every one of his movies since 2002’s “Insomnia,” was shocked by the decision. As per IMDB, the estimated budget for the movie is $100,000,000. Fans are expecting this movie will be on top of the box office collection next year.

Oppenheimer Storyline: What is the plot of Oppenheimer?

Scientist J. Robert Oppenheimer is best known for leading The Manhattan Project, the group that made the atomic bomb for the US during World War II.

Later, he was in charge of the U.S. Atomic Energy Commission, where he tried to stop the growing arms race between the U.S. and the Soviet Union.

In 1954, Oppenheimer was called a communist because he was a member of several groups. He was fired from his job with the federal government, but he would continue to help science as a teacher and a pioneering theorist while he was in exile. Between 1946 and 1967, he was nominated for the Nobel Prize in physics three times, but he never won one. He died in 1967. This movie is based on history which revolves around World War II.

It is based on the American Prometheus book. The Pulitzer Prize-winning book is being turned into a movie called “An IMAX-shot epic thriller that plunges the audience into the paradox of the mysterious man who must risk destroying the world to save it.” We hope at this point of the article you get all the detail about the Oppenheimer Release Date.

Also Read: Find Out When Episode 9 of Sonic Prime Will Premiere Here!

Oppenheimer Cast: Who Will Be The Part of This Fantastic Movie?

There are a lot of people in Oppenheimer, but Cillian Murphy, who plays J. Robert Oppenheimer, is the most important. He plays the main role in this movie. He may be best known for his role on Peaky Blinders as Tommy Shelby.

On the poster, stars like Emily Blunt, Matt Damon, Robert Downey Jr., and Florence Pugh are at the top of the list. Here are some other names that have been said to be in the cast of Oppenheimer:

After a teaser trailer that gave us a running countdown clock, the official trailer for Oppenheimer is here. In it, Cillian Murphy’s character, Oppenheimer, gives the ominous warning that people won’t realize how important his defining work is until they use it, but it seems like he and everyone else who worked on it who is shown in the trailer do. Look at it down below:

The trailer starts with the bomb blast scene and after that, we see the eyes of someone. In this next scene,  J. Robert Oppenheimer( Cillian Murphy ) is standing in the laboratory in which some scientists are making a nuclear bomb or something.

After that trailer give us a glimpse of how they tried to make it and how they fail many times. In this last scene, they all try to explode the bomb and a shaking hand was also seen who tries to switch the button. The trailer is mind-blowing and we get a glance at what is coming next year.

When was Oppenheimer Shooting Started?

It was revealed in September 2021 that Nolan would write and direct a biographical movie on J. Robert Oppenheimer, the man who invented the atomic bomb, set during World War II, with Cillian Murphy in talks to play the lead role.

Due to his tense relationship with Warner Bros., Nolan approached other studios for the movie, including Sony Pictures, Universal Pictures, Paramount Pictures, and Apple Studios.

Insiders claim that after Brian Robbins, a supporter of more streaming service releases, took over as CEO and Chairman after Jim Gianopulos, Paramount was immediately out of the running.

Is Oppenheimer Use Real Explosive?

California was also used for filming, mostly around the University of California, Berkeley. In May 2022, four months of filming came to an end. To re-create the Trinity nuclear test on film, real explosives were used instead of computer-generated graphics.

In the above article, we provided you with all information about Oppenheimer Release Date And what actually happen in Oppenheimer Imax Trailer. If you like this post please visit again on our website The Shahab.