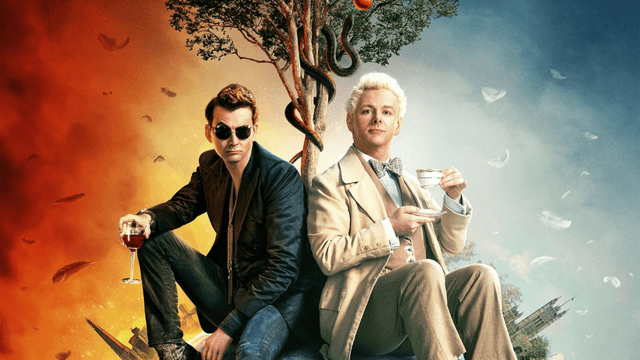 Neil Gaiman conceived and wrote the fantasy comedy series Good Omens, which is based on his and Terry Pratchett’s 1990 novel of the same name. The six-episode series was a coproduction between Amazon Studios and BBC Studios, with Douglas Mackinnon serving as director and Neil Gaiman as showrunner.

Good Omens, like the novel, incorporates a number of Christian themes and figures and follows a number of individuals who are all attempting to encourage or avert a coming Armageddon, as seen through the eyes of the angel Aziraphale and the demon Crowley.

In this post, we will give you information about Good Omens Season 2 Release Date. Please read this article for all information. In addition, if this article was useful, please offer feedback. Your feedback is precious to us.

What is the Renewal Status of Good Omens Season 2?

There is still some time left to wait. We recently heard that the series would premiere in the summer of 2023. The announcement was made during New York Comic-Con, and while it was a little disappointing that we would have to wait so long, it’s wonderful to know that the season will soon begin.

There’s only one thing we know for certain: #GoodOmens Season 2 will be ineffable! Here’s your #NYCC first look at some of the Season 2 cast! 😉 pic.twitter.com/AdqVW9BRZT

We did not anticipate this show to be revived. The series was marketed as a limited run. Although there was an incomplete novel, portions of it were used in the first season, and Neil Gaiman stated that he would not complete it without the late Sir Terry Pratchett. It seemed necessary to adapt it on the big screen as well.

The release date for the second season of Good Omens on Amazon Prime Video is still undetermined, but we recently received a massive update.

The new season will officially premiere in the summer of 2023, as confirmed at the New York Comic Con panel on October 7, 2022.

When season 2 was first announced in June 2021, Gaiman claimed on his website that sets were already being constructed in Scotland and that production would begin “soon.”

Season 1 of Good Omens was shot over the course of six months, from September 2017 to early March 2018, with the series premiere on Amazon Prime scheduled for May 2019.

Well, Good Omens season 2 wouldn’t be complete without our main devil and angel, would it? Crowley, played by David Tennant, and Aziraphale, played by Michael Sheen, will be back.

Considering that a prequel or origin story about angels is being talked about, you may have already guessed that Jon Hamm will be back as the Archangel Gabriel (yay).

Liz Carr (Silent Witness) will play the angel Saraqael, and Quelin Sepulveda (Bridgerton) will have a role that hasn’t been revealed yet. Mark Gatiss, Steve Pemberton, Reece Shearsmith, Niamh Walsh, Tim Downie, Pete Firman, Andi Osho, and Alex Norton have also been confirmed to be in the show.

The cast for season 2 of Good Omens is:

In 2017, Gaiman told the media that his intended sequel with Pratchett was “about where the angels actually came from,” and that the extra angels in season 1 – notably Jon Hamm’s Gabriel – were derived from these plans.

Gaiman confirmed on his website that “our story actually begins about five minutes before anyone got around to saying ‘Let there be Light’.” This suggests that season 2 will be an origin story.

Gaiman also promised fans “the answers have been looking for” and hinted at cryptic story details: “We are back in Soho, and over time and space, solving a mystery that begins with an angel wandering through Soho with no memory.”

Fans have hypothesized since season 1 that Crowley and Aziraphale could have a romantic relationship due to their electrifying chemistry; Gaiman seemed receptive to this notion.

Following the announcement of season two, the internet was abuzz with speculation that the angel and demon would become “Ineffable Husbands.” In response to a fan’s question, Gaiman responded with a cryptic “wait and see.”

While we do not yet have an official trailer for season 2, Neil Gaiman did post a behind-the-scenes photo from season 1 depicting a Terry Pratchett-inspired chair as a memorial to the late author.

“Terry is present in spirit, along with his hat and scarf. When we film in the bookstore, they will be hung there, but for now, they are on his chair “He composed. You can watch the Announcement Video for season 2 below: