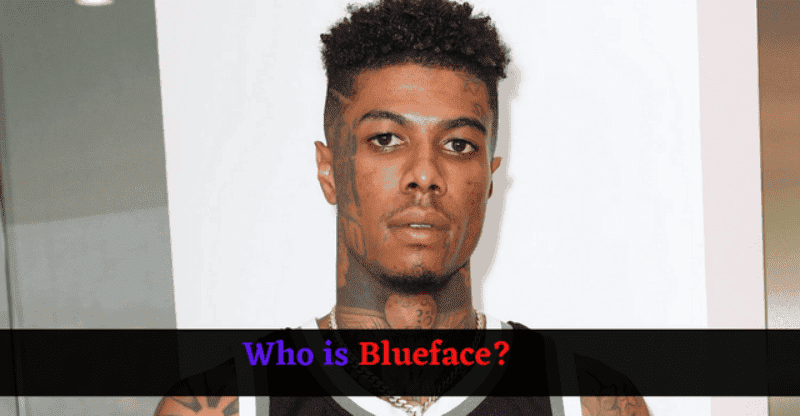 American rapper Johnathan Jamall Porter is better known by his stage name, Blueface. His unconventional rhyming style made him a popular meme in October 2018, with the release of the music video for his single “Respect My Cryppin.”

He signed with Cash Money West, the West Coast division of Birdman’s Cash Money Records label, the following month. His biggest popular hit to date, a remix of “Thotiana,” peaked at number 8 on the Billboard Hot 100 in 2019. Find the Beat, his first studio album, was made available in 2020.

Let’s Have a Quick Glance at Blueface!

Who is Blueface? What is His Real Name?

Jonathan Michael Porter, better known as Blueface, was born on January 20, 1997, in Los Angeles, California. After attending Arleta High School in the San Fernando Valley, he moved from the Santa Clarita Valley region where he was raised. He once shared a home with his father in Oakland. He played football and marched in the band in high school.

When the team won the East Valley League title in 2014, he was the starting quarterback for the school. He briefly attended Fayetteville State University in Fayetteville, North Carolina, after graduating from high school. In January 2017, he started rapping, initially going by the name “Blueface Bleeder.” The School Yard Crips street gang was alluded to in the name.

People have often made up stories about the rapper’s love life. Most of the details of Blueface and Chrisean’s relationship have been kept private, and they have not said that they are an item. Because of this, many people have called it a “situationship,” and Blueface even denied that they were dating back in April 2022. 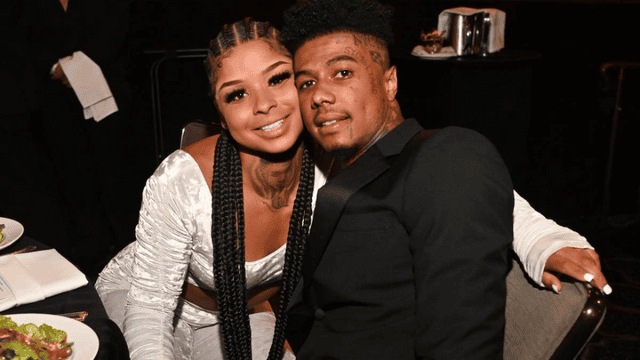 Chrisean has four tattoos to remember Blueface. She told The Shade Room on August 5, 2022, that she got them because she loves him. But she said Blueface doesn’t care about her because he is “used to being a player.”

Why Was He Arrested?

Blueface was caught trying to kill someone, and TMZ has a video of the arrest. The rapper was taken down and handcuffed outside of Lo-Lo’s Chicken & Waffles in Vegas on Tuesday. It looks like this was an undercover operation. Eyewitnesses say that 6 to 8 officers parked in unmarked cars were involved in the arrest. 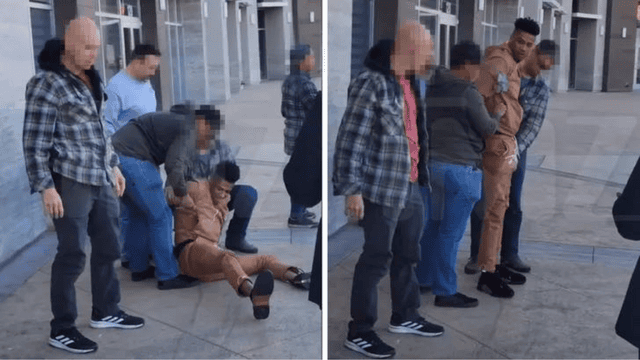 Police at the scene said they were going to arrest him because there was a warrant for it. TMZ got legal papers about the warrant, and the charges are very serious. … attempted murder with a gun or tear gas, which is a felony. He is also being charged with shooting a gun into a house, building, car, or boat. The thing that led to Blueface’s arrest happened on October 8.

A representative for Clark County Court confirms that Blueface’s bail has been set by a judge at $50,000. He will be back in court on January 24th.

Blueface Career: How Did He Become Successful?

In June 2018, under the name “Blueface,” which he had shortened, he put out a full-length album called “Famous Cryp.” The album became popular in Southern California after the song “Dead Locs” was changed to that name. The original version of his hit single “Thotiana” was also on the album.

Blueface signed with Birdman’s Cash Money Records label in 2018. Cash Money West is the West Coast branch of Cash Money Records. After being re-mixed with Cardi B and YG, the song reached #4 on the US R&B/Hip-Hop chart, #8 on the Billboard Hot 100, #9 in New Zealand, #12 in Canada, and #17 in the UK.

In 2018, Blueface put out the mixtape Two Coccy. Blueface has worked with G-Eazy, French Montana, Lil Tjay, and NLE Choppa, among other artists. “Find the Beat,” his first studio album, came out in March 2020. It got to #63 on the US Billboard Hot 100.

Blueface Was Also A Boxer

On July 23, 2021, Blueface fought TikTok star Kane Trujillo in his first amateur boxing match. The fight was on the undercard of the Bare Knuckle Fighting Championship 19: VanZant vs. Ostovich event. Blueface beat Trujillo after three rounds with a unanimous decision.