Joe Barton created the fantasy-drama television series The Bastard Son & The Devil Himself for Netflix. Based on Sally Green’s Young Adult fiction book Half Bad, the series follows Nathan Byrne, the fatherless son of a perilous witch named Marcus Edge, as he battles the odds against following in his father’s deadly ways and learns his true identity with his companions.

What is the Renewal Status of “The Bastard Son & the Devil Himself” Season 2?

Netflix has not yet made a decision regarding the show’s second season renewal, even though, in our opinion, it’s a coin toss as to whether it will occur. We would have predicted a likely cancellation of the show based on its early ratings, but since it is produced by Netflix UK, the likelihood of renewal may be reduced. The best strategy to guarantee renewal, in either case, is to finish the show.

The cast claimed there will be “more to explore” in a second season in an interview with RadioTimes. “My argument with a season 2 is that we’re in a really amazing place in a world where we’ve only looked at a small portion of it,” Jay Lycurgo said to them. There is a tonne more to discover.

What is the expected release date of The Bastard Son & The Devil Himself?

Most of the time, Netflix doesn’t say whether a new season will continue until at least a few weeks after it starts. But we should have a better idea of what will happen with this show by the end of November at the latest. 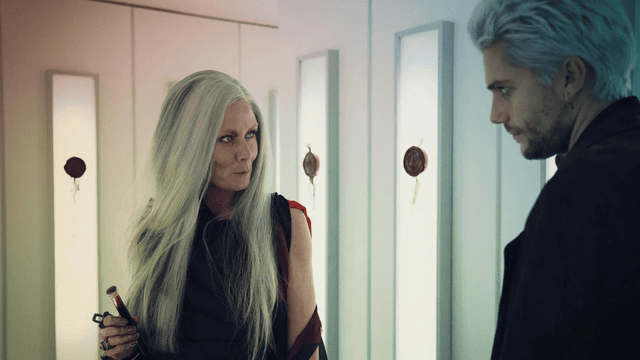 And if The Bastard Son & The Devil Himself is renewed, season two will probably come out in the winter of 2023, but it could be pushed back to the first quarter of 2024. All of it depends on when that important renewal notice comes.

Ending Explanation of The Bastard Son & The Devil Himself Season 1

She knew that Soul would never risk her life by sending his daughter to the battlefield. She also knew that Annalise was the only one who could stop Marcus. The power that Annalise had was called “decimation.” She had the power to destroy or smash anyone.

It was strange because no one in her family had ever had such dangerous abilities. Powers were like genes. It was given to them by their parents. Nathan came to find Ceelia and Annalise as well. Gabriel also went straight to Wolfhagen after getting away from Mercury’s house. Gabriel’s friends Nicky and Hugo also came to Wolfhagen to kill Nathan.

They believed the prophecy, so they thought Nathan would kill his father in the end. They didn’t know that Nathan was not going to do any such thing and that he was on their side.

Who Will Be in the Cast and Who Will Return?

Given how the first season ended, it’s less likely that we’ll see Karen Connell as Ceelia or Paul Ready as Soul again. However, with all the magic and the possibility of flashbacks, we wouldn’t count them out just yet.

Is There Any Trailer for the Bastard Son & the Devil Himself” Season 2?

When judging a show, everyone looks at its rating. Most of the time, the best way to know if a show will continue to air is to look at how well it does in the ratings. As your rank goes up, your chances of making it are better. The show has a good IMDb rating of 7.6/10 and a good audience rating of 92% on Rotten Tomatoes.