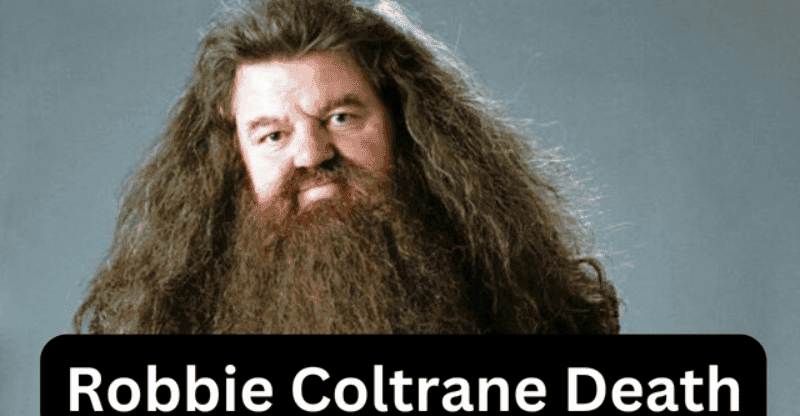 The stage name Robbie Coltrane was given to Anthony Robert McMillan OBE, a Scottish actor, and comedian. As Rubeus Hagrid in the Harry Potter film series (2001–2011), and as Valentin Domitrovich Zukovsky in the James Bond movies GoldenEye (1995) and The World Is Not Enough, he attained international fame (1999).

In the New Year’s Honours of 2006, Queen Elizabeth II gave him the OBE for his contributions to drama. Coltrane was given the Peter Sellers Award for Comedy by the Evening Standard British Film Award in 1990. He received a British Academy Scotland Awards honor for his “exceptional contribution” to film in 2011.

Coltrane began his professional acting career in the sketch series Alfresco with Hugh Laurie, Stephen Fry, and Emma Thompson (1983–1984). He co-starred with Thompson in the BBC miniseries Tutti Frutti in 1987, for which he was nominated for his first British Academy Television Award for Best Actor.

Coltrane then rose to fame on a national scale by playing Dr. Eddie “Fitz” Fitzgerald, a criminal psychologist, in the ITV television series Cracker (1993–2006), for which he won three consecutive British Academy Television Awards for Best Actor (1994 to 1996).

Before going to the Glasgow School of Art and the Moray House College of Education, he went to Glenalmond College and played rugby. Coltrane started acting when he was in his 20s. He was in movies like “The Comic Strip Presents,” “A Kick Up the Eighties,” “Alfresco,” and “Laugh? I Almost Paid My License Fee.”

I’ll never know anyone remotely like Robbie again. He was an incredible talent, a complete one off, and I was beyond fortunate to know him, work with him and laugh my head off with him. I send my love and deepest condolences to his family, above all his children. pic.twitter.com/tzpln8hD9z

He started acting in movies in the early 1980s. Robbie Coltrane was in “Flash Gordon,” “Krull,” “Defence of the Realm,” “Absolute Beginners,” “Mona Lisa,” and “The Fruit Machine.” He played Samuel Johnson in “Blackadder” in 1987, and he played the same role again in “Boswell and Johnson’s Tour of the Western Islands” in 1993.

The actor who played Harry Potter, James Bond, and Cracker died at a hospital near his home in Larbert, Scotland. The actor who had won many awards had been sick for two years.

Coltrane, a comedian who was bigger than life, played Rubeus Hagrid, the gamekeeper at Hogwarts, in the Harry Potter series.

He was very popular as Harry Potter’s half-giant, half-wizard friend. His performances and on-screen relationship with Daniel Radcliffe’s Harry Potter won him praise and fame all over the world.

We’re devastated to hear of the death of Robbie Coltrane, an actor of outstanding talents who won two BAFTA Scotland Awards for achievement in film and three consecutive BAFTAs for his performances in Cracker. Our thoughts are with his family. pic.twitter.com/qrEcPB5eaQ

In the UK, Coltrane ruled TV as forensic psychologist Dr. Edward “Fitz” Coltrane in the murder drama series Cracker. For this role, he won three consecutive BAFTA best actor awards, something only Michael Gambon has done. He was also nominated for a BAFTA for the TV shows National Treasure on Channel 4 and Tutti Frutti on BBC Scotland.

In movies like Nuns on the Run, Mona Lisa, and Ocean’s 12, the actor also gave memorable performances.

He played Valentin Domitrovich Zukovsky, a former KGB agent turned ally of Agent 007, in the James Bond movies GoldenEye and The World Is Not Enough.

Anthony Robert McMillan was born on March 30, 1950, in Rutherglen, Scotland. This is where Coltrane grew up. In his early 20s, he took the stage name Coltrane as a tribute to the jazz saxophonist John Coltrane. His big break came in David Byrne’s play The Slab Boys. Before he started acting on TV, he was in movies like Flash Gordon and Mona Lisa. Then, in Tutti Frutti and Blackadder the Third, he was on TV. He was also very good as the Pope in The Pope Must Die, a comedy from 1991.