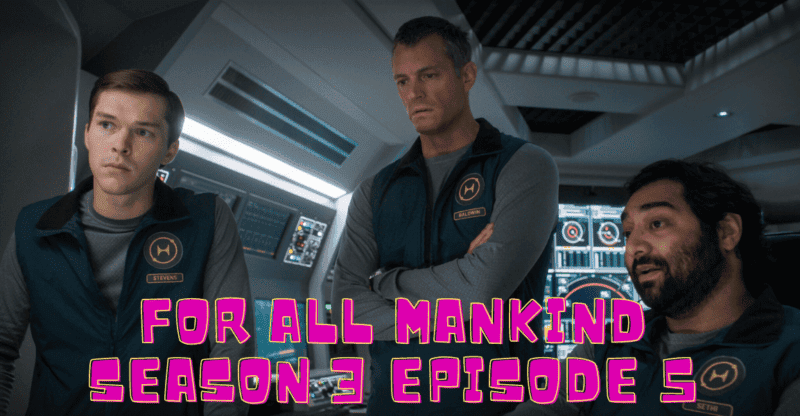 This recap of For All Mankind season 3, episode 5, “Seven Minutes of Terror,” contains spoilers for the Apple TV show.

The now merged Russian and American crew of Sojourner-1 is in grief for the loss of three of their team members as the For All Mankind mission gets underway.

This makes for a gloomy beginning to the mission. Some of the show’s most amazing special effects shots take place during the scene in which the deceased astronauts are launched into space. In the fifth episode, the two competing missions will have to cooperate in order to defeat Helios and make the first historic landing on Mars.

For All Mankind Season 3, Episode 5

The Russians establish a permanent presence at the Houston headquarters of NASA and place unrelenting demands on Margo’s cooperation. They have their own particular mission objectives that they wish to continue pursuing, but Margo was ignorant of these requests until now. 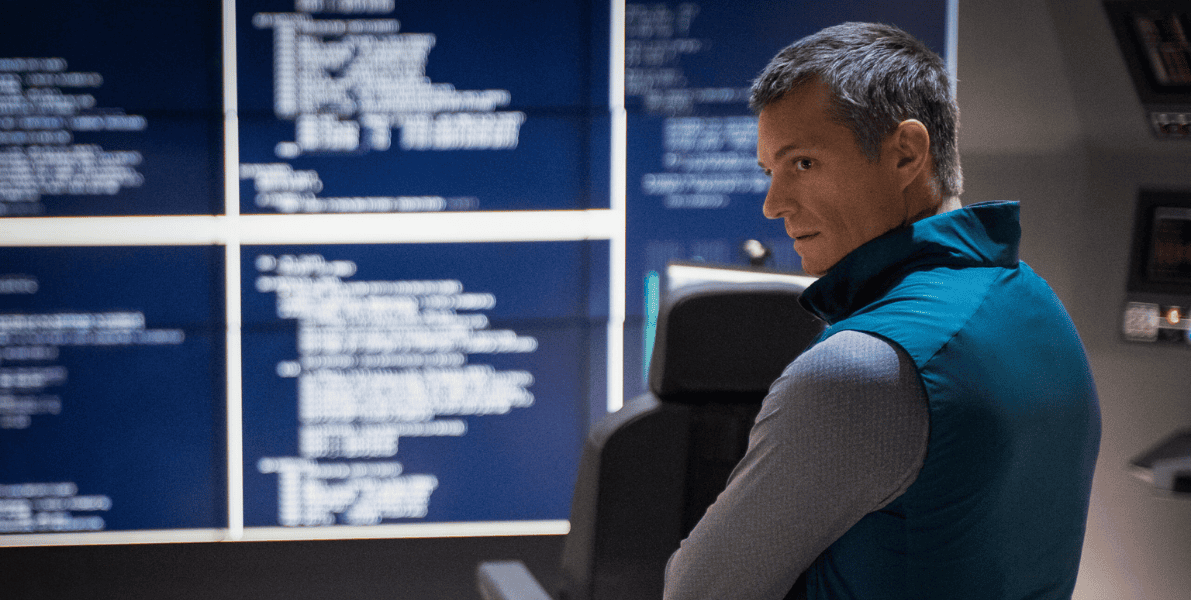 The Soviets want specialized hardware and satellites, but Margo refuses to provide them with the technology unless her Russian colleague and close friend Sergei is present in her presence. They have two weeks to produce evidence of his existence and transport the engineer to Texas, according to the deadline that she has given them.

Ed’s crew is able to successfully hack the system and take back control of their spacecraft while they are on Helios. Ed gets in touch with Dev to tell him about the uprising and accuses the businessman of being dishonorable because of his decision to callously abandon the Russians to their deaths.

Karen decides to step down as a result of this conflict. The Americans make an effort to readjust to their new existence with the Soviets while they are stationed aboard the Sojourner-1. Kelly is thanked by Poletov for her part in saving them, with the implication being made that Poletov was the astronaut who reached out to Kelly for assistance.

Kelly hesitantly smiles to herself as she observes the flirtatious exchanges that are taking place between these two people.

Back on Earth, Aleida has unearthed the most profound secret that Margo has been keeping. She has come to the conclusion that the Russians stole her engine ideas and incorporated them into their own ship without her permission. Aleida breaks the news to Margo about the scandal. She makes an effort to seem astonished and minimizes the significance of it.

They have more important issues to deal with, such as the fact that both competing missions are vying for the same first-place slot on the stony surface of Mars. Sergei has arrived, which will put even more pressure. He now has a bald head, a fairly unpleasant cough, and appears to be weaker than he was before.

Sergei details the circumstances of his imprisonment and torture as a result of his treachery. Margo promises that she will secure safe asylum in the United States for him and his family.

Both ships are currently in orbit over Mars and are prepared to touch down there; but, a rising dust storm has put any early celebrations on hold. Helios is keeping a close eye on this disturbance in the hopes of capitalizing on any early indicators that the storm is beginning to weaken.

While the crews wait, there is just enough time for Kelly and Poletov to steal a kiss, and Ed and Danny have an honest discussion about Karen while they are waiting. The naive astronaut continues to press Ed for information about the situation even though Danny is quickly becoming the antagonist of the narrative. Ed has no idea who slept with Karen, but he has warned whoever it was that he will murder them if he discovers the truth.

The day of the landing has finally arrived. Margo refers to the landing as “Seven Minutes of Terror,” and Sergei explains that the landing on Mars will be more difficult than landing on the moon was at any point in time.

As the two missions investigate their many alternatives, the drama for the thrilling conclusion develops steadily from this point on. The storm is starting to let up a little bit, but the visibility is still poor, so this move is quite hazardous. Naturally, Ed bets everything on it, and Helios makes the opening move. 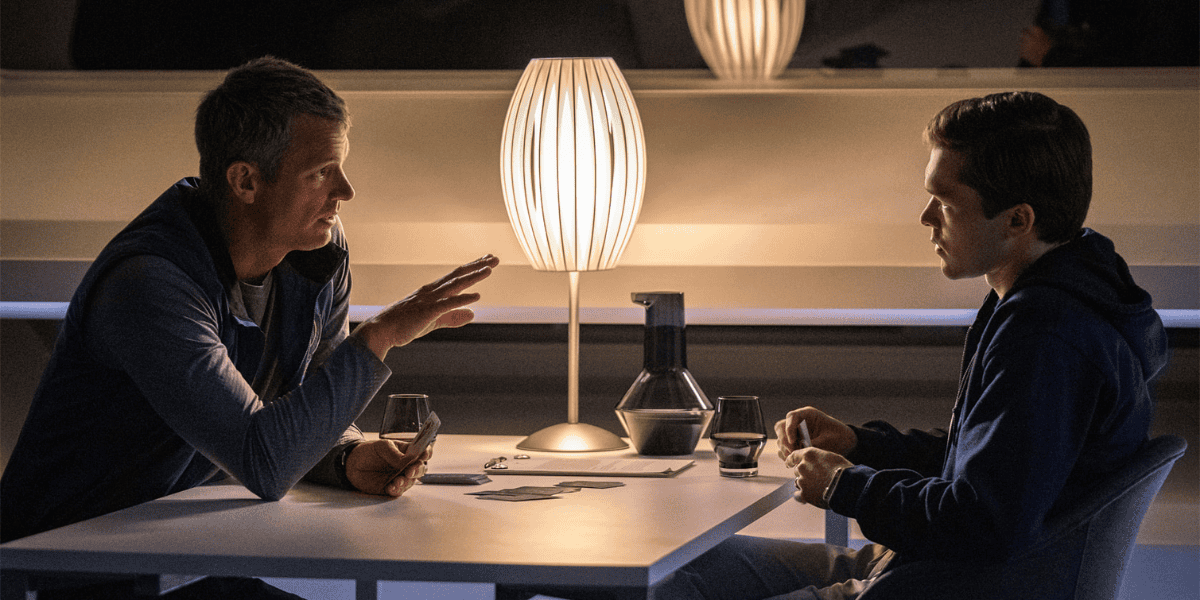 Danielle makes the decision to withhold information despite the fact that the Russians vehemently disagree. As the clouds begin to part, Danielle has a change of heart, and she orders her crew to head toward the red planet. Ed decides to back out at the very last second, which allows Danielle’s group to emerge triumphant.

The Space Race is won by NASA, and they celebrate in grand fashion. Margo assures Sergei that she would do all it takes to ensure that he and his family are able to remain in the United States. The only thing that remains is those monumental first steps taken on Mars. Danielle gets her crew ready, but the Russian commander usurps her hierarchy and makes a break for it.

Danielle gives pursuit to him and ultimately arrives on Mars at the exact same time as the Russian. The camera shows the two of them stepping out together, tumbling, and possibly even tussling on the surface of the planet. This footage is aired all across the world. This new alliance hasn’t exactly gotten off to the strongest possible beginning.

What did you think of the fifth episode of the third season of For All Mankind? Leave your thoughts here. 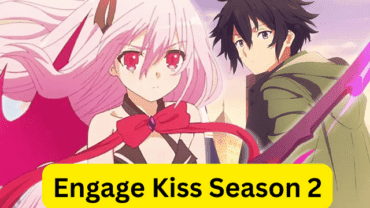